by Dane BH 2 months ago in Pride Month

For all the theater gays 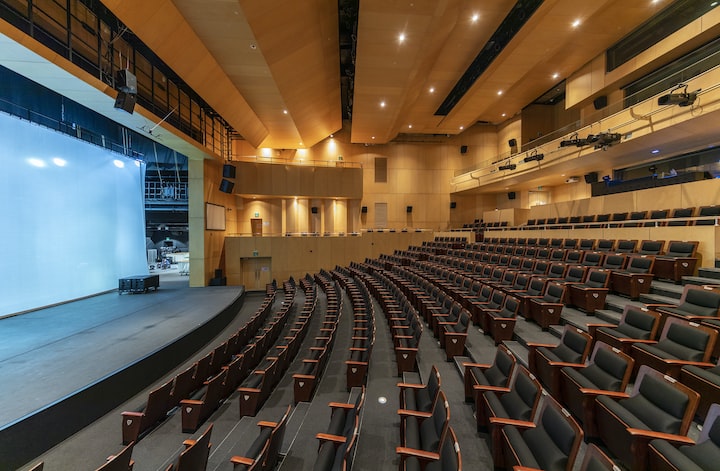 Photo by ASIA CULTURECENTER on Unsplash

Theater has always been a haven for the queers, the misfits, the outcasts - people who knew intimately about the power and the terror of putting on a show day after day. People who understood that costume, makeup, and choreography can create a world you recognize AND want to live in - or even just visit.

Theater has also had the guts - sometimes - to say what needed saying before the rest of the world was ready to hear it.

And nowhere does this exist more firmly than in musical theater. In every recent generation, at least one musical has captured the lightning of being young and angry, of yearning to belong, of a world that doesn't understand yet. Think Hamilton. Think Spring Awakening or Wicked. Think Rent. Think Hair. Think A Chorus Line.

And even so, there have been shows that did their best to show us what can happen when we grow up. Think Fun Home. Think La Cage Aux Folles.

What follows is a tribute playlist to all of them - all the theatrical niches we built ourselves, or dreamed about inhabiting. All the songs we yearned for. All the characters that carried us home to ourselves.

The song: I Am What I Am

Walter Charles is one of the most phenomenal actors to ever take this role, simply because he embodies the simmering, bubbling RAGE at the heart of this number. Weaker actors will sing this as a triumph - the ultimate (literal) "I am" song - soaring and sweeping in the notes.

Charles, though? He holds on to the emotional core of the song - it's a response to being asked to stay in the closet, to put aside his wigs and dresses for a weekend to meet his son's fiance's parents. Watch the way he holds his body when he begins the solo. Hear the constriction in the back of his throat as he tries not to fly off the handle - and then finally lets go.

The Song: Ring of Keys

Fun Home's run on Broadway was frankly a coup. There's no way that a intensely literary graphic memoir about growing up gay in the shadow of a parent's suicide should've made for an iconic musical, but the songwriters proved us wrong, and it swept the awards season and the hearts of several generations of queers.

This song put something in words that so many young ones have been trying to articulate for generations - the feeling of seeing one of our own and not quite knowing why we feel so drawn to them. In this case, it's a UPS delivery driver. The song puts power in a child's mouth, articulating how it feels to be one of us. In this case, being gay isn't about who the character loves. It's about who she wants to be in the world. And that's an idea that flies in the face of the popular narrative. A really brave idea.

I'm through accepting limits / 'cause someone says they're so

There's nothing complicated about this one, really. It's an anthem to embracing yourself and your place in the world that is damn near impossible to sing, but oh so satisfying to play on a hot night with the windows down as you speed on rural roads...just me? Maybe just me.

The Song: If You Were Gay

By the time Avenue Q rolled out with this little ditty, they trusted that the audience was already a place of baseline acceptance that would make the song work. It doesn't fly unless the audience is truly okay with the idea - and that's what made it important and borderline revolutionary at the time. Sure, it's a little throwaway bop that one character uses to annoy the other, but there's a bigger statement at work that has nothing to do with the show, and everything to do with who's watching.

The Song: I'll Cover You

One of the beautiful things about RENT's gay characters was their incidental-ness. There's no coming-out storyline in RENT; the characters' queerness affects their lives without being the central focus of them. This joyous, sweet love song is one of the few that doesn't have an, "against all odds and a society that hates us" theme - it's sweet, flirty, and full of sparkle.

The Show: Hedwig and the Angry Inch

The Song: Origin of Love

This is a legendary tearjerker - on-the-nose, to-the-point, part lullaby, part origin story, part anthem. No list is complete without it. And it was a Broadway show BEOFRE it was a movie, so there!

The Song: There! Right There!

That is the elephant in the room / Well is it relevant to assume / That a man who wears perfume / Is automatically radically fey?

Okay, so. Having the entire case hinge on some obnoxious gay stereotypes doesn't rocket this one to the top of the integrity list BUT if you've got a sense of humor about yourself, it's definitely worth including.

The Song: I Love My Dead Gay Son

The fact that the boy in question in this song is not...an actual gay is part of what sits it firmly in the tongue-and-cheek canon. But like the other humorous ones that came before it, Heathers firmly demands that the audience be on board with queerness as a concept, lest they miss the joke entirely.

There's a tradition of audacity on Broadway that shows up perfectly in this number - a certain degree of wait, did that really just happen? that's perfectly encapsulated by Alan Cummings in Cabaret. Broadway's always had a history of taking refuge in audacity, throwing risque spaghetti at the wall - and luckily, sometimes it sticks. It was easy enough to imagine that the two women in this song had something going on (as well as their triad with "the only man") that it snuck quietly into the pride playlist.

That's not every gay song to ever hit the stage, but it is my Pride month playlist. See you on stage!

By day, I'm a cooking teacher, foster parent, cog in the nonprofit machine, and poet. By night, I'm a creature of the internet. My soul is that of a grumpy cat who'd rather be sleeping.

See all posts by Dane BH →