Do I Have to Define My Sexuality?

What I’ve always thought was openness might just be a defense mechanism, or a cop-out. 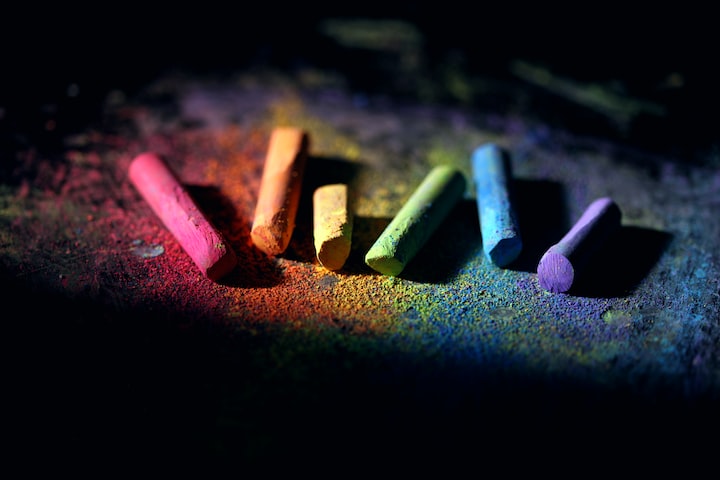 I think I was 13 when I told my mom, half-jokingly as a way to test the waters, that I might someday end up being with women. She didn’t love it.

“It’s just that I’m worried you’re going to have a much harder life than you need to,” she said. I think we both knew she just didn’t want me to be gay.

I didn’t show it to her then, but I was disappointed. My mom, in everything else, is the best. She’s always been incredibly supportive of everything I do, super proud of every little thing. But with this, she was telling me she didn’t like something I potentially was.

When I was a little older, the conversation of gay marriage came up, and I was even more surprised to find out she was against it.

“I just don’t know what that might do with the adoption issue, if it will be easier for same-sex couples o adopt when they’re married, and I don’t feel comfortable with it.”

My jaw dropped. I couldn’t understand how it could be wrong for a same-sex couple to adopt, or that gay marriage could ever be an issue. (At this point, I still didn’t know she also votes conservative, which was the real shocker.) But that's when I realized there had never been anything wrong with me potentially being with a woman. She was just homophobic.

My mom has come a long way from those days, and I think she’s understood that I can be alone and be happy. She’s also seen me in bad relationships with men, so she knows I haven’t had it all that easy taking the traditional route. And to top it off, she saw her own mother, my grandma, be much more open about homosexuality, even having a married gay friend who she travels with.

There’s nothing like finding out your 80-year-old mother is more progressive than you are to make you change your mind.

Still, my mom’s earlier comments remain engraved in my brain.

What am I exactly?

Let’s get one thing out of the way right now: I’m not gay. But I’m not straight, either. I’ve only been in relationships with men, and I’ve had some experiences with women. And I would be open to something more with a woman.

I’ve always fallen for people for numerous reasons, but their genitals are never the most important reason. What does this make me? Bisexual? Pansexual? I’ve been looking a way to describe who I am but everything feels limiting.

In Argentina, the way I define my sexuality is “European”. Now, I don’t mean I’d want to be with Europeans, far from it. I haven’t had a European inside me in at least 15 years, and I’m currently happily dating a Colombian man.

It just lets people know I’m more open and not tied to the traditional Argentinian and Catholic norms of what sexuality should be. I also don’t think I’m 100% anything, and I’ve always hated it when people try to put me in a box, whatever it is. I just am, leave me alone. Sexuality is such a wide spectrum, is anybody ever just one thing?

But maybe this means I’m erasing my own sexual identity.

This is why lately, I’ve been thinking maybe I’ve been wrong. Maybe I should put a label on myself.

A thank you to Gen Z

In the past couple of years, I befriended a girl who’s 10 years younger than I am, and also Finnish. We’re from the same society, but those 10 years make the place she grew up in very different from mine. When I was growing up, gay jokes were the norm in a high school, and gay marriage was still a matter of enormous controversy.

When my friend went to high school in Finland, different sexual identities were discussed seriously, not as a joke. When she moved to Argentina, gay marriage was already legal. You’ll always find people who aren’t accepting of others, but we’ve come a long way in the decade that separates me and my friend.

She showed me her dating app bio once, and I was astonished. There were at least 10 words to describe her gender identity and sexual preferences, some of them concepts I had no idea even existed. I had to ask her what they meant.

This is something I really admire in Gen Z (I think my friend would qualify as a millennial, but this is something I’ve seen happen with Gen Z). They’re so comfortable owning up to who they are, and they demand the world to respect them. They don’t carry the same fear of expressing their full individuality as we did.

Still, in a way, it felt a little exhausting for me to put so many labels on myself. What if it’s more natural to just be, and not put any pressure on deciding what I’m into? What’s the harm of being open? Is it wrong to be undefined?

The more I’ve been thinking about this in the past couple of years, the more I’ve come to understand how all of the small aggressions against my sexual identity have hurt me.

Because of the ambiguity in my feelings, I’ve never felt like I have the right to consider myself a part of the LGBTIQ+ community. I haven’t gone through the struggles other people have, and aside from the conversation with my mom, I’ve never thought I had to tone down any part of myself. It’s a strange kind of guilt, mixed with confusion. The hardest part about that conversation with my mom was this: I didn’t know if I had the right to be offended. I realize now that this might be a common experience for bisexual people.

When I start tracing back my steps, I notice I’ve been trying to tell people who I am for a long time. When they didn’t like it, I’ve been accommodating myself to what they want me to be.

When I told an ex-boyfriend I also liked girls, he got jealous. “So, now I have to worry about you cheating on me with everybody?” It was, of course, his insecurity speaking. I should have seen it then, because he did get jealous of my friends, too, and it ended up affecting our relationship. It never got too abusive or dangerous, but it was enough to make me stop loving him.

Then there are the women who say: “Just don’t try to get it on with me.” Girl, you wish.

Both of these cases fall into the old trap of thinking bisexual people are more promiscuous, and they both made me feel like I have something to hide.

Then there’s the “you’re not bi, you like men too much”-line. The last time I told a friend I thought I might be bisexual, she told me to “shut up, you like d**k.” I was left wondering whether she was right or if it was just plain old homophobia.

Since I’m straight-presenting, I’ve never been sure if I have the right to get offended. I’ve just let it go and went on living my life, undefined.

Now, I’m starting to think maybe I’ve never officially defined my sexuality because every time I try to, someone will tell me there’s something wrong with it. It’s a defense mechanism, but it’s also a cop-out. And if I erase my bisexual identity, I’m helping erase those of others.

Whether it’s the ambiguity of me liking d**k, or an ex-boyfriend’s jealousy, or my mom’s worry for my future, it’s not okay to make me feel like there’s something wrong in my stating my sexual preferences openly. It’s always been wrong.

And it’s wrong for me not to tell people when they’re doing something that’s hurtful. Not just wrong for me, but wrong for the LGBTIQ+ community. I need to defend my right to my sexuality if I really want to defend other people’s right to theirs.

More stories from Taru Anniina Liikanen and writers in Pride and other communities.