by RJ about a month ago in strains
Report Story

How I ended up breaking my golden rule. 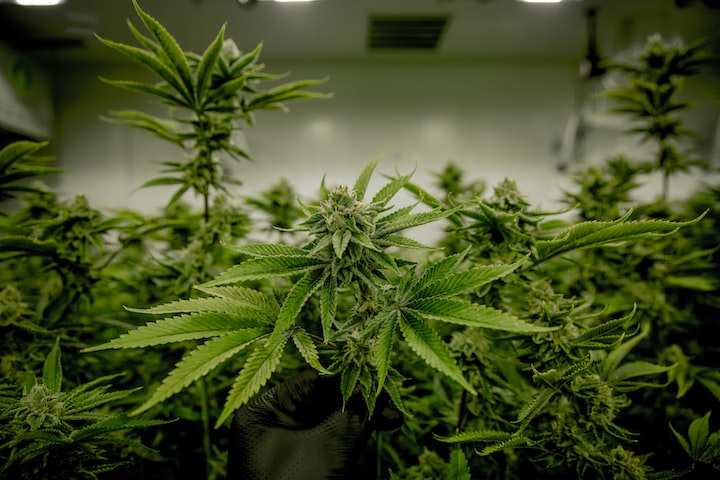 Photo by Ryan Lange on Unsplash

I have sacred rules I abide by when consuming the ganja. Some of them being I'm not too fond of bongs. I usually even avoid pipes. I trust my nose more than my eyes, and the most important rule of them all that I never break is:

We're old lovers, I've been crossed too many times by her, and I don't particularly appreciate revisiting old wounds. However, sometimes we cross paths, and during a recent stop-in to a local dispensary, I got a half-ounce of Grapefruit Sour Dream for free! Who am I to turn down, free mary jane? So, I took it home with me happily, and when I got back, I promptly pulled out the small black pop-top and cracked her open.

Immediately I'm met with what smells like a mix of orange Clorox wipes and an 8-year-old's lemonade stand. If you've read any of my other reviews, you know I like my weed to smell like a side of the highway gas station. Dingy, hole in the wall shop included. This strain smelled like a whole foods store. Some herby notes, like basil, and rosemary, were also there. But I could tell the limonene terpene was dominating the party.

My budtender assured me that it would be a smooth smoke-no anxiety. The buds were dense and light green, with a thick layer of kief and trichomes blanketing the outside. The frost-like appearance gave off some yellow and tucked deep near the center of the bud. I could spot a few dark green leaves.

The flower was pulling about 16 percent THC and nearly 3 percent terpenes. Grapefruit Sour Dream was fragrant and decently potent but wouldn't give you as much of an energetic cerebral rush as typical sativas do. The grow I got was a cross between Grapefruit, Sour Diesel, and Blue Dream.

I've smoked all three strains on their own, Sour D is one of my favorite strains of all time, and it, along with Pineapple Express, used to be the only sativas I would touch. I enjoyed my time smoking Grapefruit. I had it in a half-gram preroll, so it was like a pallet sampler—all three illicit similar effects.

Grapefruit Sour Dream was slow to come on. However, it gradually saturated my mind and body with a relaxed feeling. I didn't feel the high very prominently in my eyes, which was nice to be able to go out in public and not be stared at like only high people, people with allergies, and those who just bawled their eyes out get stared at. I still felt in control of my body, but I was quicker to laugh and felt more lighthearted.

It didn't give me the urge to take a nap, and I was able to smoke it during the afternoon. Lately, smoking indica strains during the summer months drag me down and make me tired. So it was nice to feel present and comfortable. Sour Diesel brought the euphoria, and I was a happy and giggly mess for the 3-4 four hours that the strain had an effect.

Grapefruit Sour Dream felt more medicinal. It truly eased my anxiety and overthinking and took the edge off. Sometimes it's evident that a grower sprayed their flower with distillate or rolled it in low-quality kief to get the maximum effect. I like my experience to be more mellow and true to what the plant is supposed to provide, rather than getting as high as possible.

The only negative I can note is that the muscle numbness covers the body wholly. So my breathing and swallowing were more manual than automatic at the peak of my high. This side effect could be easily mitigated but simply smoking less. Other than that, it was like floating on a cloud, with no worries in the world and a soothing body buzz that carried out throughout the entire experience.

I now have another strain to add to my sativa arsenal, and I may even rethink my golden rule. Grapefruit Sour Dream is worth the smoke if you're looking to be at ease but still functional and aware. It's not going to get you blasted, but it will relax every muscle in your body and help you feel more balanced after a particularly stressful day. Or in preparation for a fun activity like going to the movies or out to run errands.

As always, happy smoking! If you end up trying this strain, let me know what you think on Instagram.

Thank you so much for reading! If you like what I do, please consider picking up a sticker or print here.

Something new every week or so, thank you for stopping by!

More stories from RJ and writers in Potent and other communities.