by Linda Paul 16 days ago in marijuana minute

The Mating Habits of Marijuana Plants. 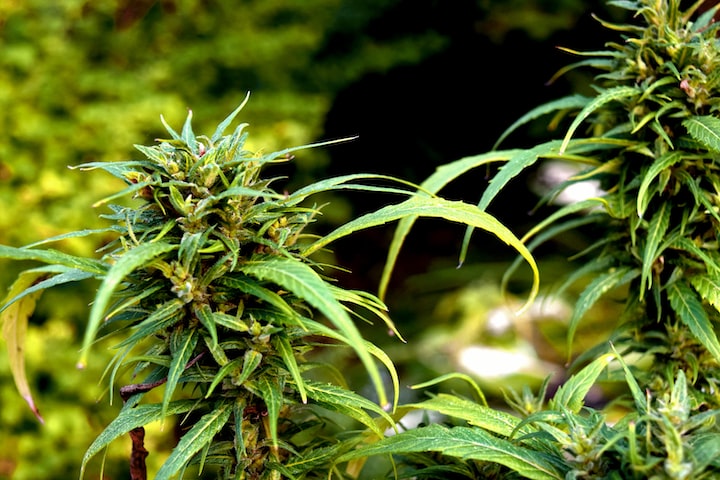 Photo by Sam Doucette on Unsplash

I have been extremely fortunate to be a part of the upward spiraling Medical Marijuana community. I really didn’t know a whole lot about cannabis before I started working in a grow facility. A few of my friends smoked marijuana and I did occasionally as well. As someone with a background in medicinal herbs, I was very interested in the CBD aspect of the plant. I found that taking CBD oil helped me ease the daily pain from arthritis and gave me more focus in my daily routines. So, when my husband told me that the facility he worked at was hiring a bud trimmer, I jumped at the opportunity. Since then, I have fallen in love with the plants. Not only do they have healing abilities, their life cycle is nothing short of amazing!

All cannabis plants are actually of the same species. But the varieties that are most typically cultivated for their seeds or fiber are known as hemp. Cannabis plants that are grown specifically for their THC content are generally called marijuana. Tetrahydrocannabinol or THC for short, is the cannabis resin that contains a group of substances known as cannabinoids. THC is the main psychoactive component of the plant that renders the sought after “high”.

Marijuana is an annual plant which means that it has to be replanted every year, unlike perennial plants which grow on their own every year. However, there are a few exceptions to the rule. Some varieties in warm areas go dormant during late fall and winter, and wake up again in the spring. But, in most cases the marijuana life cycle begins with germination in the early spring. It grows rapidly for several months and then begins to flower in the late summer or early fall.

When marijuana is grown in a facility or greenhouses, the cultivators try very hard to create as natural environment as possible for their growth cycles. Proper lighting, feeding of nutrients, pruning and temperature and humidity are all essential factors for a happy, healthy grow.

Cannabis is a dioecious plant, which means that each plant is distinctly male or female. In the wild pollination would take place between the sexes, but in a grow environment, male plants are generally eliminated as soon as their sex can be determined. Male flower buds look like balls dangling from thin stems with a bulb protrusion in the middle. As the flower ripens this protrusion moves upright and the petals that formed the bulb open revealing five small cream colored petals. Each of these petals has a stamen in the middle which releases pollen into the wind. The reason male plants are removed from a grow room is because pollination of the female plants causes these bud bearers to turn their attention to producing seed instead of pure buds.

Female plants, on the other hand, have pistils which in turn produce stigmas which are two antenna like protrusions which are attached to a pod like structure known as an ovary. The stigmas pull pollen from the air and then transfer it to the ovary. In the ovary, the pollen from one stigma fertilizes the egg to form an embryo. The pollen from the other stigma combines with the ovary to form a food source for the embryo within the seed. Sound familiar? After fertilization takes place, the stigmas dry up. The seeds start to develop. By the third day after fertilization the ovary starts to swell as the new seed inside of it grows.

When the male plants are eliminated early on the above process will not occur. The females’ stigmas will search for pollen and when none is found, they dry up and become part of the ripe, unfertilized bud. The leaves will start to grow closer together and clusters of flowers appear along each branch.

One of a growers worse nightmares is when plants go herma. When female plants also known as sinsemilla aren’t fertilized, they can become hermaphrodites and grow male flowers as well as female flowers. These plants can cause just as much havoc in a grow room as male plants. It is a female plants last ditch effort to become pollinated. Generally, this won’t happen unless a plant is really stressed out by not having enough light or the wrong type of feeding.

So, as you can see, the care and feeding of these plants can be quite a challenge.

My husband and I got married at the facility at which we work. Our interfaith Chaplain compared growing a good marriage to growing a good marijuana crop. I totally loved her immensely when she said at the end that there was one big difference between marriage and growing marijuana. In a marriage we don’t throw out the male before he can pollinate. Truer words were never spoken.

I hope you enjoyed this article and I hope you will continue to read my musings. Thank-you!

For as long as I can remember, I have wanted to be a writer. I tend to see life as a series of snapshots and magical moments. My six children are grown now, I am retired, and I would dearly love to pursue my love of the written word.

See all posts by Linda Paul →