Cannabis had an amazing evolution in America

The powers that be labeled a healing plant as a dangerous drug for their own purposes. 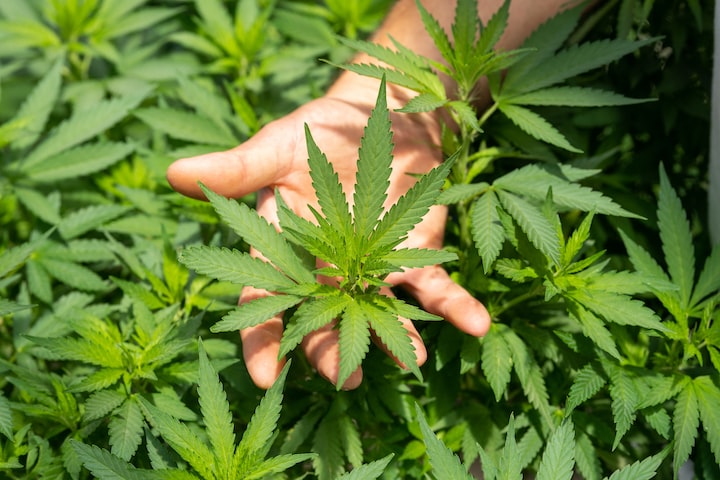 If you are like me, you have probably at some point in time wondered how the Cannabis plant which grows naturally in the earth ended up being illegal in the United States. There is a long and dark path to how we got to where we are today. The hemp plant first arrived in this nation in 1545 after it was introduced to Chile. It was basically used for making ropes and came to North America at Port Royal, Acadia in 1606. By 1619, the demand for hemp had increased to the point that the Virginia Assembly passed legislation requiring colonists to grow the crop.

Yes, you read that correctly. Early Virginians were told by the government to grow cannabis, but today you can go to jail for having it on your property. My history books only taught about tobacco being the major crop, so somebody goofed. The colonist's found their own shipping needs were increasing and there was also a demand for cheaper, colony-grown cloth instead of the expensive imports that came from Europe. This caused a boom in the hemp industry.

Both George Washington and Thomas Jefferson grew hemp on their plantations. Jefferson harvested the plant at both Poplar Forrest and Monticello. In 1815, the third president actually invented a device to process hemp fibers. Production of hemp remained strong for decades and the 1850 census indicated that almost 7 million pounds was harvested, mainly in Kentucky and Missouri.

At this same time, William O’Shaughnessy an Irish physician learned about the medicinal properties of the plant at the Medical College of Calcutta. Meanwhile, the Ohio State Medical Society was holding the first United States conference regarding the medical use of cannabis which was found to be an effective sedative and painkiller. Instead of marketing this naturally growing product, synthetic drugs such as barbiturate replaced cannabis. What on earth were these people thinking?

Barbiturate is a type of sedative that was soon removed from the market because of dangerous side effects. In 1904 safer alternatives of chemically manufactured drugs were created. Let's process this for a moment. Cannabis, which the Creator created with natural sedative and pain-killing properties was overthrown for synthetic manmade drugs with really bad side effects. How crazy is that?

In 1906, President Theodore Roosevelt shifted things by signing the Pure Food and Drug Act. This was the beginning of the federal government regulating the safety and cleanliness of food and drugs. Anyone selling cannabis was required to label the packaging with the name of the drug and the amount that was contained inside. This was followed by the Harrison Narcotics Tax Act of 1914, which regulated coca and opium on a federal level, thus laying the groundwork for anti-cannabis legislation in the future.

The next smart move came when the fervor of the temperance movement swept the nation. Society's social ills like crime, poverty, and prostitution, were blamed on a single common denominator: alcohol. During the temperance, movement drunkenness was not considered as just a vice, but also as an evil. Marijuana was tarred with the same broad brush and by 1905, more than half of the states in the nation had passed anti-marijuana laws alongside legislation that restricted or banned alcohol and tobacco.

They say truth is stranger than fiction and this history lesson proves that it is true. Moving along recreational marijuana use increased during the 1960s and 1970s. At the same time drugs like LSD, became popular, Because some of the warnings about marijuana turned out to be false, a number of drug users assumed the harder drugs to be harmless but they were wrong. It was at this time that Pro-marijuana publications like High Times came on the scene.

In 1970 the Comprehensive Drug Abuse Prevention and Control Act was passed. This reduced penalties for marijuana-related offenses but led to many other drugs being declared illegal. Marijuana was deemed a Schedule I of the Controlled Substances Act. This indicates that it has a high potential for abuse but no known medical use. Somebody really goofed on that one and during that same year, the National Organization for the Reform of Marijuana Laws (NORML) came into being. In 1971 President Richard Nixon declared a War on drugs and in 1973 he founded the DEA, Drug Enforcement Agency.

In spite of all of this, the testimonies continue from those who say that marijuana helped them with nausea related to chemotherapy and decreasing pain in Aids patients. CBD oil is now touted as being beneficial for certain mental illnesses and some have states have passed legislation to decriminalize marijuana. The root of the problem in the 1600s seems to be the same one we have now, in my opinion. Doctors, scientists, and researchers seem determined to push medical science and chemicals on the population rather than do extensive research and give the public truthful answers about a plant that grows freely and has natural healing properties.

More stories from Cheryl E Preston and writers in Potent and other communities.