Tails from the Titanic 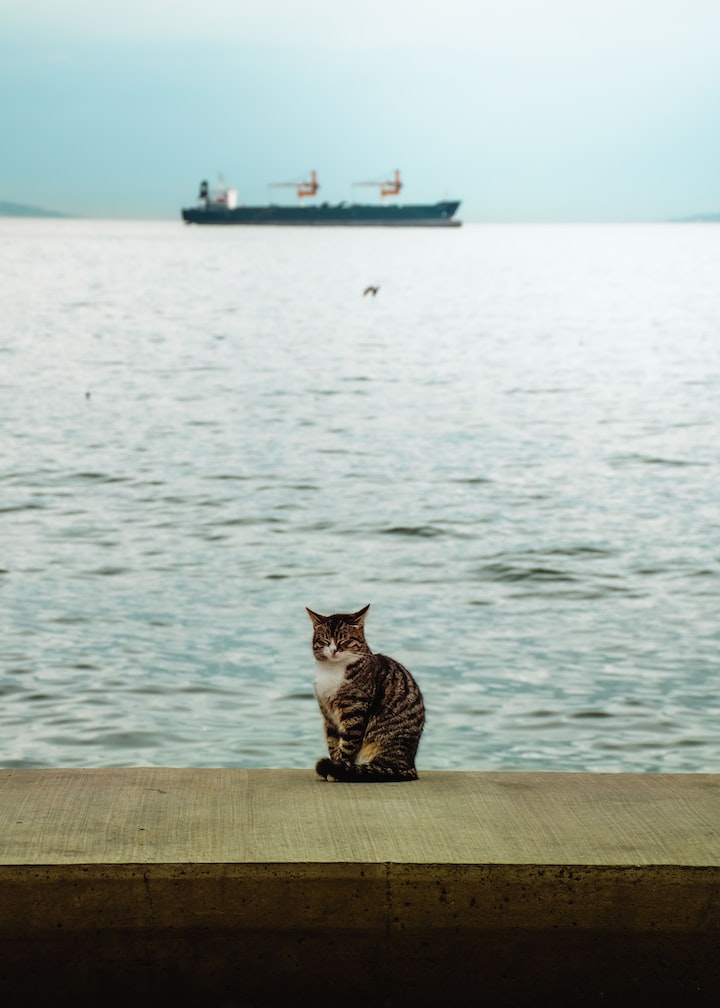 Photo by Ümit Karabayır on Unsplash

Allow me to introduce myself! I'm Bella, and I'm a direct descendant of Jenny, the ship's cat, who lived on the Titanic. This story has been passed down through the generations when we gather under a full moon and sing the songs of our people. Most folks think that Jenny perished that terrible day along with most of the passengers. But I'm here to set the tale straight, or as we like to say, make sure your tail follows you through the door.

It's well known that cats are intuitive, and Jenny had boatloads of it. As well as being the ship's mascot, she also was very good at keeping the rodent population in check. But Jenny liked her treats so being a clever girl, she befriended one of the men who kept the fires burning to keep the boilers making steam. Jenny like him so much that she chose to leave the galley and have her kittens in the belly of the boat with Joseph Mulholland. He was very gentle and sang softly as he worked and to Jenny, music was more necessary than catnip.

Joseph was one of the stokers. He was new onboard the Titanic, having been a career stoker in the Royal Navy. His friend, Hugh Fitzpatrick, a boiler-maker, convinced him to join the crew of the Titanic for its maiden voyage. Joseph had an uneasy feeling but humans, unlike cats, don't often listen to their intuition. (That's another reason why cats are superior beings, but back to the story).

The entire crew was busy getting the ship ready for its highly anticipated launch. It was the most prestigious event of the year. Everything had to be perfect, but as is human nature, some things were overlooked. Joseph noticed some damaged pipes and water leaks, and he had a few run-ins with some of the other workers. He started getting that uneasy feeling again, but he kept working during the sea trials and tried to shake it off. But his feline friend, Jenny, listened to her instincts. She had had enough of getting her paws wet, cleaning off her damp kittens, and dodging some of the unsavory characters onboard. Jenny had a plan. She tried to convey to the men of the impending doom, but her caterwauling and weaving around under their feet just made them yell and scoot her out of the way.

After the last sea trial, Joseph was up on deck watching the crew load supplies up the gangplank. He spotted Jenny carrying her kittens down the gangplank, one by one, and disappearing into an old warehouse in the shipyard. That was enough for Joseph, he packed his bag and left the Titanic before that fateful sail.

Joseph worked on other ships and served with the Navy in WW1, before retiring to Belfast. Jenny missed Joseph but was very proud of him for listening to his inner cat voice and getting off the tragic ship.

Jenny passed down another part of the tale, Jenny highly suspected that one of the other stokers on the Titanic was part cat. Arthur John Priest not only survived the sinking of the Titanic, but he also survived three other ships that sank. The other ships were, HMS Alcantara, HMHS Britannic, and SS Donegal. Jenny said that he'd used up four of his cat lives and that his continuing life at sea might not be in the best interest of Arthur or future vessels!

Jenny raised her kittens to be healthy, street-smart cats who knew how to purr and cuddle when they needed a few scraps to fill their bellies or a comforting scritch behind the ears. Eventually, her lineage all became domesticated. In cat circles, it's rumored that one of Jenny's kittens became the cat in the nineteen-twenty photograph with Queen Mother Alexandra. But maybe that's just a tall "tail." We're convinced that all the resident White House cats are related too. And we're absolutely certain that the famous white cat from the social media memes is our kin! That one definitely shares our lineage's Catitude!

And as for me, Bella? Well, I'm very well-traveled. I've been on buses, planes, trains, and automobiles. I've lived in many homes, in an RV, and on a sailboat. I have my own female servant, who is trained to pet on demand, keep my litter clean, serve appropriately tasty food, clean water, and several cozy spots to nap in. I keep her in line with the occasional slash from my murder mittens.

Oh, and I love it when my favorite male human, sings to me. Musical appreciation has always been in our bloodline after all. Who do you think inspired T. S. Elliot and Andrew Lloyd Webber? Jenny definitely ascended and is still watching over us all.

More stories from Mary Haynes and writers in Petlife and other communities.