Recognizing Leucism In Our Furry Friends

by Patrick Kuklinski 10 days ago in science

Not all white animals are albino - but how can you tell when you see them?

We all get excited about animals with abnormal colorations. The all-yellow cardinal spotted in Alabama created headlines and attracted hopeful birdwatchers, and after many admired an unusual all-white buffalo calf, controversy ensued when it was tragically killed. But many of us don't know the causes or names of these conditions. Oftentimes, abnormally-colored animals are simply grouped under 'albino' by casual observers. Much of the time, this is incorrect. Truly albino animals have a complete loss of melanin, the pigment that gives fur, skin, and other parts of the body its color. It leads to lack of pigment in the eyes, oftentimes presenting as red or pink eyes. However, more common in the wild is leucism - a partial, but not complete, loss of pigmentation.

Leucism accompanies many different appearances. Like albinism, leucism can present as a fully white animal (however, with black eyes). But it can also present as a paler-colored, but not white, animal, or a 'pied' animal (normally colored with white or pale splotches throughout the body). 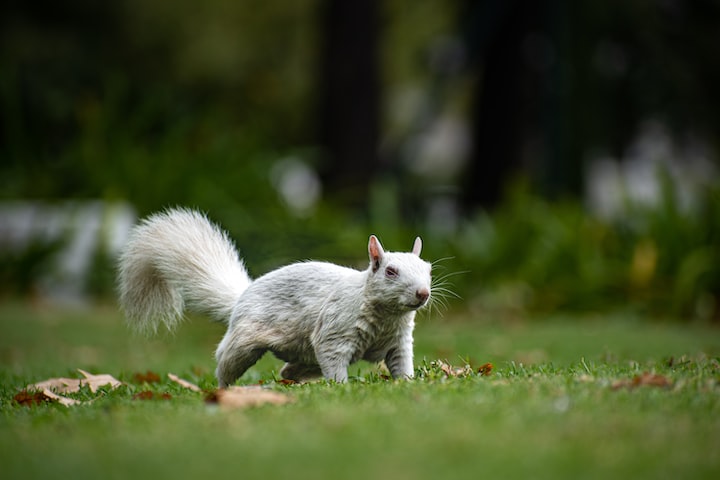 By Quade du Toit on Unsplash

We commonly see leucism in captive animals. Not all white animals are leucistic, however. For example, your white horse is likely white because of of the 'dominant white' dominant allele. Leucistic animals often fetch more attention and higher prices. While many are under the impression they are a seperate species or subspecies, white Bengal tigers are simply tigers with leucism that have been bred selectively for this trait. Leucistic tigers are almost impossible to find in the wild, and would be hard to find in captivity, were it not for inbreeding. This is one of the biggest concerns among captive leucistic animals. Many of them have poor health in comparison to wild leucistic animals, as they have been inbred over several generations to maintain their unusual traits. 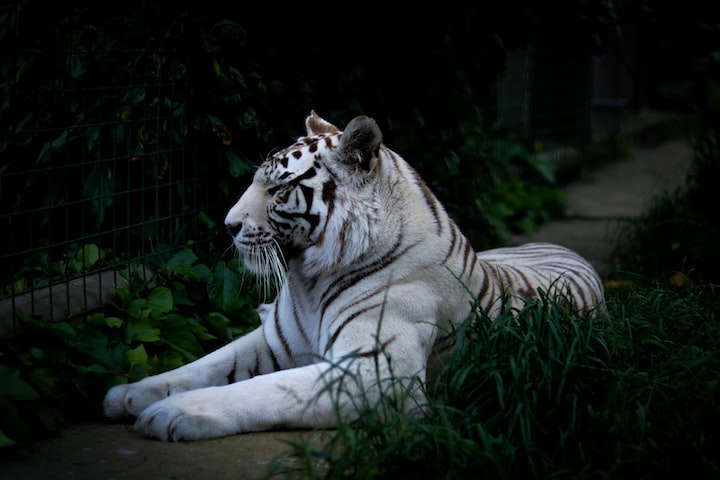 By jamie turner on Unsplash

Wild animals with leucism face challenges with health as well. In birds, leucism can lead to issues with flight. Melanin is a component in the makeup of feathers, and without it, feathers are weak and brittle and often fray easily. Animals with leucism tend to have poor eyesight due to the lack of pigmentation in the eye. And these animals are more vulnerable to predation due to their inability to camouflage themselves or to blend in with a group of their species. In some cases, they may be unable to find a mate due to their odd looks, particularly in species where bolder coloring or other pigment-related traits are valued in finding a suitable partner. 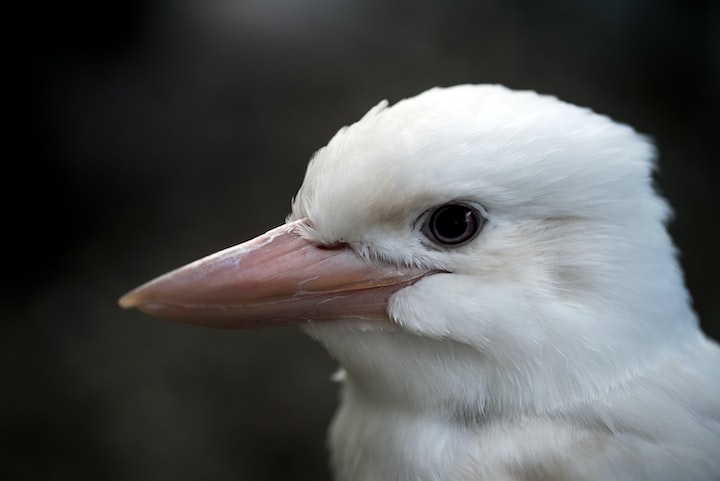 If you spot an animal with leucism in nature, consider yourself lucky. Few make it to adulthood due to factors such as increased predation, rejection by their species, and increased visibility to prey. But in some areas, leucistic animals have become common to the point where they're recognized as 'seperate' from others of their species in their area. The Kermode bear, also known as the 'spirit bear', is a subspecies of bear found in British Columbia, Canada. While the subspecies itself isn't purely white, it is best known for its large leucistic population. In some parts of their range, up to 20% of the Kermode bear population is leucistic. On Vancouver Island, strangely enough also in British Columbia, dwells a large population of all-white leucistic ravens. These birds have become something of local legend, as they seem to come and go, disappearing only to suddenly be rediscovered years later in the same locations. Corvids with leucism are more commonly seen with just small areas of white, particularly on the wings.

If you spot an animal with abnormal coloration, there's a few easy ways to help you determine whether or not it's leucistic or has a different condition affecting its color.

Remember not to interfere with leucistic animals' lives if you see them. While it may be tempting to help them because they are more vulnerable, feeding wild animals (with exceptions in the cases of birdfeeders) is still not a good idea. However, it's great to document your sighting through photo or video and share it through nature-documenting resources such as the Macaulay Library so that others may see and learn from your observation.