by Patrick Kuklinski 15 days ago in dog

Which of these lovable pups is best for your family?

It can be hard to select a dog breed that’s right for your household, but you can make it easier by first narrowing it down to a grouping of breeds. Mountain dogs are not all the same, but they are a group of breeds that share many characteristics. Mountain dogs tend to be large, athletic, and family-oriented; so if these are traits that align well with your lifestyle, one of these breeds may turn out to be a good fit. Let’s take a closer look at a few of these amazing dogs. 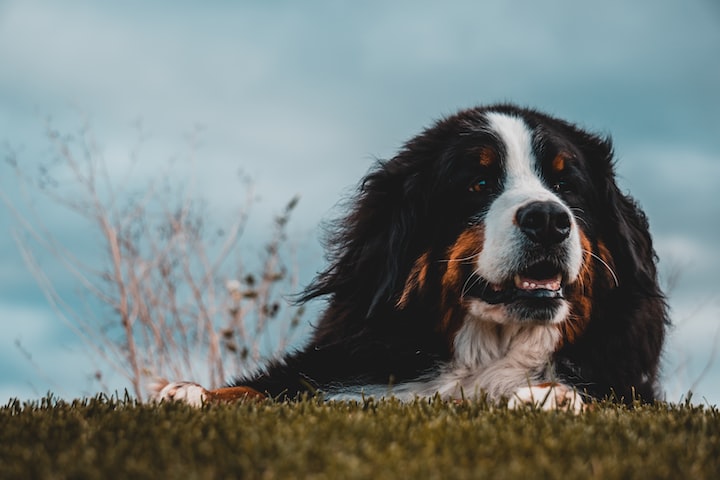 By Jorge Alcala on Unsplash

The Bernese Mountain Dog is one of four breeds of Sennenhund, or Swiss Mountain Dogs. These four breeds are all similar in appearance and have distinctive rust-colored and white markings on a black base. The Bernese is the largest of these breeds; males can weigh upwards of 160 pounds. The breed was first established in 1907, and recognized officially by the American Kennel Club in 1937. Bernese are typically docile and friendly with children, making good family pets. However, they are working dogs that require a lot of exercise, and they also hold a reputation for being standoffish to strangers. 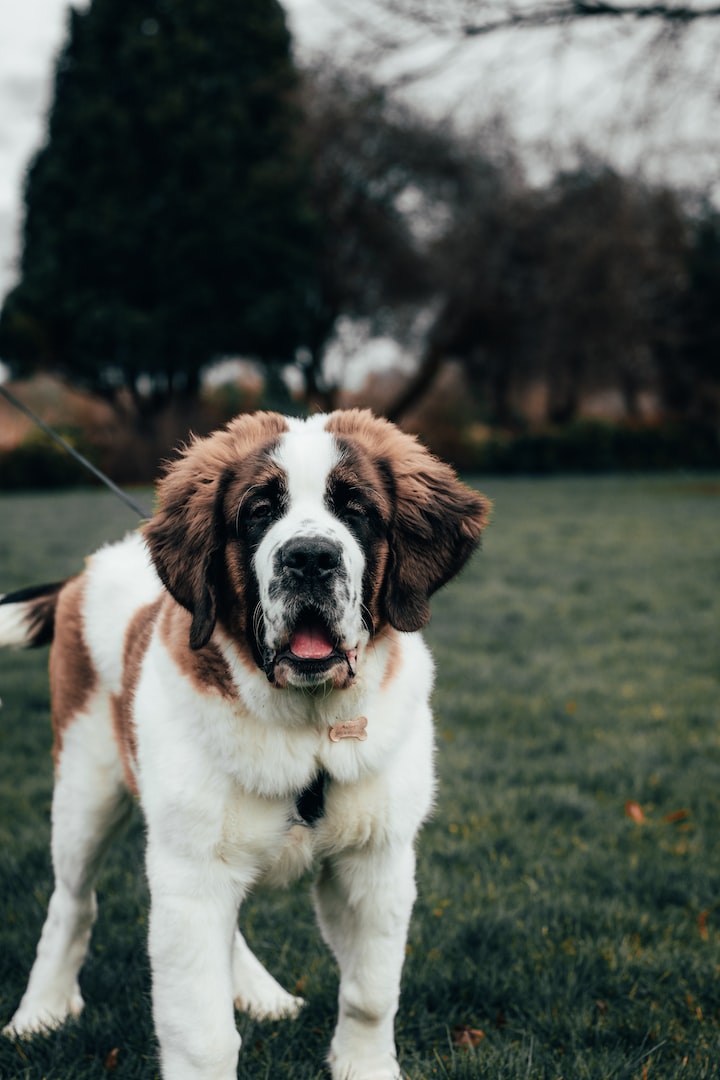 By Alex Motoc on Unsplash

A beloved and familiar breed to many, the St. Bernard originated in the Alps as rescue dogs. They are extremely large, and can surpass 260 pounds. Now that they are no longer needed as mountain rescue dogs, many enjoy participating in activities such as weight pulling or agility. St. Bernards are known as gentle giants of the dog world, and with proper socialization, are typically wonderful with children and other pets. They are unfortunately known for being very drooly, and this along with their droopy jowls can become messy.

While the Anatolian Shepherd Dog is a fairly large dog breed (typically anywhere from just under 100 pounds to over 140), they differ greatly from the previous two breeds mentioned in appearance. These dogs have a thick but short coat, a long (slightly curled) tail, and broad shoulders. Anatolian Shepherds are very intelligent, but don’t come without challenges. They are also extremely stubborn and strong-willed, and need lots of socialization at a young age to work on their ‘people skills’. Anatolian Shepherds are typically found in a ‘sesame’ coat color, with a distinct black muzzle. These dogs are powerful and athletic, and need someone who is willing to spend lots of time giving them the workout they need.

The Akbash is a livestock guardian dog native to Turkey – and is also one of the country’s national dog breeds. They are large dogs, with a lean build and long legs. Purebred Akbash are only found with a white coat color. Unlike others on this list, the Akbash is a relatively low energy dog; they are bred to lay with a flock or herd for hours, silently protecting them. However, Akbash are also very intelligent and become bored easily, and need lots of space to roam and stimulating activities to keep them occupied.

The Entlebucher Mountain Dog is another member of the Sennenhund breed group. However, you likely wouldn’t realize they were closely related to the Bernese Mountain Dog if not for their distinct coat coloration – unlike those gentle giants, the Entlebucher is a medium-sized dog, typically weighing 45-65 pounds. Entlebuchers are good-natured, but need lots of socialization early on, or they may be suspicious of new people. Entlebuchers are prone to hip dysplasia, so their hips should be examined carefully at routine vet checkups. 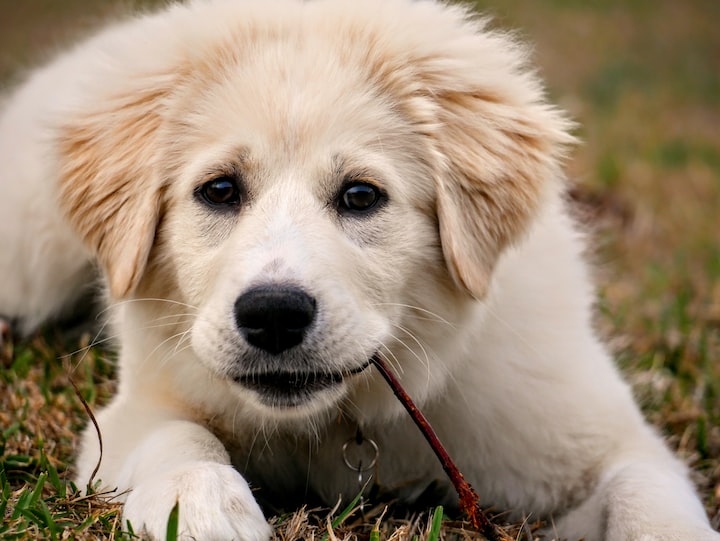 By Samuel Machala on Unsplash

The Great Pyrenees is a livestock guardian dog with origins in France and Italy. These dogs have a thick coat that requires lots of grooming and easily becomes matted. They are most often born with gray, red, or tan markings that fade into a pure white coat with age, although some retain patches of color. This breed needs some long walks, but is typically fairly laid-back as far as mountain dog breeds go. Great Pyrenees are wary around new people, but fiercely loyal to their owners and family members.

The South Russian Ovcharka looks very little like the other breeds on this list. In fact, their coat type looks very similar to the common English Sheepdog. This breed originated in Ukraine, and remains most common here and in surrounding areas. Their coat is not to be tackled by those who don’t have time for rigorous grooming; their coat length may vary, but is at the least 4 inches. This breed may have issues with dominance, and needs to have little wiggle room as far as rules. They also tend to be possessive of resources such as food and toys. Socialization while young and training classes are a great way to combat some of the less desirable common traits of the breed.

The Leonberger is a massive, thick-furred dog breed originating from a German city named Leonberg. Leonbergers have a rich brown and tan coat with a black ‘mask’ on the face. They are one of few sexually dimorphic dog breeds, meaning they are easily distinguishable without looking at the genitalia of the animal; males are significantly stockier though they are not typically much taller than the females, and do not possess the lean body form of females. Leonbergers are an intelligent dog breed capable of demanding work such as search and rescue, livestock guarding, and agility. One of the Leonberger’s most defining traits is their wonderful temperament and disposition to be a loving family dog that is calm and friendly with all they meet. Unfortunately, as with many of the gentle giant breeds, Leonbergers do not possess a giant lifespan. They live for seven years on average, which is something to take into consideration when looking for a companion.

The Caucasian Shepherd Dog is a large (100 pounds at the very least) dog breed stemming from the Caucasus Mountains. Historically, this breed defended livestock from wolves and other large predators. This breed has many positive traits, including being trainable and very intelligent. However, they are also fiercely protective and can be aggressive towards strange people. They are prone to dog aggression issues. However, when properly socialized, they can make good family dogs. 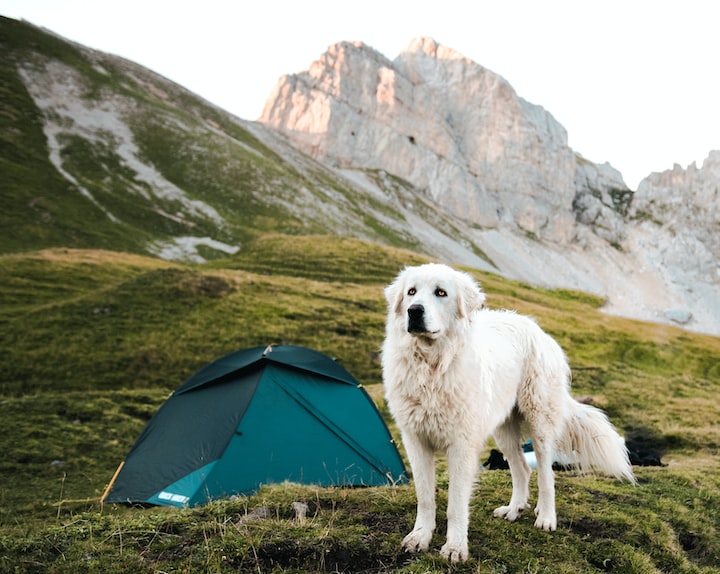 By Eddy Billard on Unsplash

Mountain dog breeds are not the right fit for every family. But with such a diverse selection, there are many choices to fit with different lifestyles. Remember that you don’t want to try to change your lifestyle for a dog and fail – find a breed that will fit well with your current lifestyle.

This story was first published on DoggieDesigner.com.