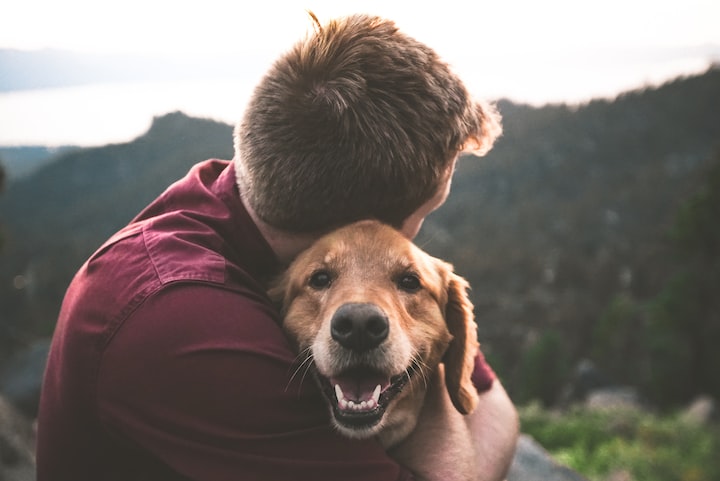 It is difficult to imagine a world without pets, especially today with the bad news and media featuring the riots and protests that revolves around the wrongful deaths of African - Americans in the world.. Pets are the one thing that can change people’s mood and mental state in a positive direction and they really do make everything better. I have four of them myself and I never felt happier and safe before. Without further ado, I will introduce them to the world.

My oldest dog is a chihuahua and Her name is Selena and she is named after my sister’s favorite musical artist Selena Quintanilla, the Queen of Tejano music. Selena came into our lives as a gift from my Uncle about seven or eight years ago. She is the best tv watching partner ever because she loves to squeeze herself between the couch arm and my leg to turn on her back while asking for belly rubs and head massages - It is the cutest thing ever.

Next up, we have the adorable and protective James! Since I am a huge Harry Potter fan and enthusiast, I named him after Harry as his full name is Harry James Sirius Potter, but my family thought it was a mouthful, so they deemed him James. My Dad got me James for my high school graduation, and since he is a chihuahua he barks to protect me and the household from everyone and he even barks at me when I get home. His favorite thing to do is swim in the ocean and to dig around in the sand while we try to keep him from getting sand on our towels and food.

I have a lovely Turtle as well; My grandma gave me Barry when she was moving out of state and we had him for about four years now. His name is Barry Allen named after the civilian alter-ego of The Flash! It is a funny story actually, Initially He did not have a name, I put him on the ground next to cinder blocks thinking that he would not escape, but... he did! He ran as fast as he could and made it to the next street over. I had printed lost flyers and posted around the block and one of the neighbors found him, took him to Petco the store then called my cell phone number saying they found him. The pet store said he ran as fast as The Flash and there is the origin of Barry’s name! Barry really enjoys playing with his boulder toy that is in his tank and he sunbathes and swims all day.

Finally, I would like to introduce my youngest of my pet children Mon-El the most energetic, fluffy, and heavy dog I have ever owned. Named after the DC Comics Legionnaire Captain Valor; I saw him at the pet store and immediately fell in love with his face, his crystal blue eyes, and his energy. The name Mon-el came naturally when I Saw the way he looked at me and I hope to train him to live up to Captain Valor’s name. He is an Australian Sheppard Mix with brown and white fur, absolutely loves to go on walks around the neighborhood and roll around on the sidewalk and get belly rubs from the kids in the area; He is a fun and loving animal with the makings of a human, Oh Man! if only he could talk..

Side Note: If you are thinking about getting a dog, there are many ways to do; for instance: 1. adopting a dog from animal shelters and rescue groups, 2. Find a responsible breeder, or 3. Pet store that is animal and price friendly.