You Are Capable of Amazing Things if You Just Commit

by Jamie Jackson 5 months ago in quotes
Report Story

What are you waiting for? 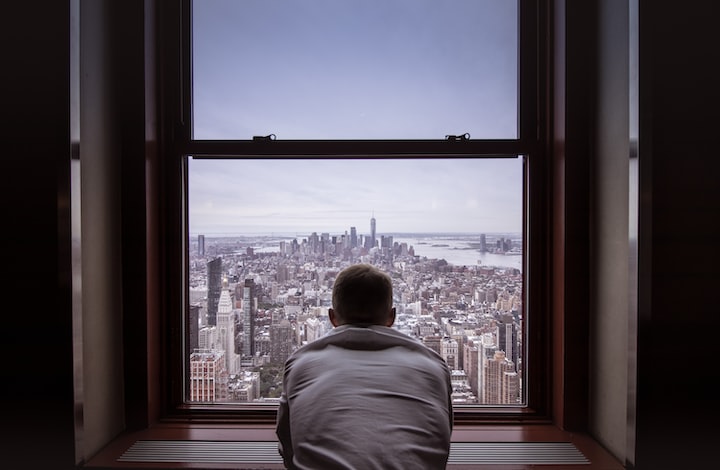 Photo by Norbert Kundrak on Unsplash

"The first step before anyone else in the world believes it is you have to believe it. There's no reason to have a plan B because it distracts from Plan A." – Will Smith

If you want to succeed at anything you have to commit.

Committing means getting rid of Plan B.

Perhaps we know this on an intuitive level but we still have great resistance to commit simply because it's scary. What if we fail? Where's the safety net?

So we half-arse everything and then say: "Well, I never really tried, so that's why I failed, and besides, I've got this Plan B to fall back on."

Plan B is Plan A for most people.

You need to obliterate the ego and bet everything on red. You can't have a Plan B if you're serious about success.

Don't listen to my words, listen to the words of the super successful.

"It is very dangerous to have a Plan B because you're cutting yourself off from the chance of really succeeding. One of the main reasons why people want to have a Plan B is because they're worried about failing… Well let me tell you something, don't be afraid of failing because there's nothing wrong with failing. You have to fail in order to climb the ladder. There's no one who doesn't fail. Every thought you put into Plan B you're taking that energy away from Plan A. I'm telling you, I've never, ever had a Plan B." – Arnold Schwarzenegger

For twenty years I played music in bands, but all that time I had a Plan B. I loved music and I wanted it to be my career, but I worked on my corporate job the same, if not more than my music career, and guess what I ended up with? A middle-management role in an office.

I didn't commit because I knew I had my corporate safety net to catch me.

My Plan B was really my Plan A.

If you have a Plan B you'll get it.

Holding onto a trapeze above a safety net means sooner or later you'll fall onto the net simply because it's there. You get tired, it's hard, you want to quit. But if there was no safety net, you'd undoubtedly hold on.

Again, doesn't listen to me. Listen to the super-achievers.

"I think you know what you're supposed to do, deep down inside, I think everyone does, and a lot of people don't go after it. Most people start off by saying 'I want to be a "this" but I'm going to get "that" to make sure I've got something to fall back on.' And what you're doing is setting yourself up for failure because you're saying 'There's a possibility I'll fall back' and if you put that out there, then you'll fall back. If you just say 'Hey this is what I want to do' and you go do it, you usually get your stuff the way you want it, man." – Eddie Murphy

Have you ever committed to anything in life, fully and wholeheartedly? Can you truly say you have? Have you faced headfirst into the winds of fear without a Plan B?

What would happen if you did?

We protect ourselves so much we pull away at the first signs of adversity; pull away from relationships, careers, creative endeavours. The moment it gets tough our mind hits the panic button and we drop to the safety net.

Having a safety net means you'll use it.

Ok, hold on, let's get something clear; this isn't a battle cry against quitting. Quitting is good, trying different things in your life is how you move closer to your passions and understand who you are and what you want, I urge you to run experiments in your life, try new things. But you have to work out why you're quitting and if you actually committed in the first place. There's no point quitting if you never really gave it a go.

Plan B is always about fear. Always. Fear disguised as practicality.

If you want to be a writer, why are you not writing now? Why are you not committing to it fully? Writer's block isn't a block, it's writer's fear.

I truly want to be a writer but I have never pitched an article to a magazine such as Slate, which take on new writers all the time. Why? Fear. Pay attention to my mistakes.

Here's another question; can you think of anyone who fully committed and didn't, in one way or another, get what they wanted?

I'm not a personal fan but look at Donald Trump, he fully committed to becoming President and against overwhelming odds, he won. He had no Plan B. It was win or fail. If that was you, do you think you'd have his levels of commitment? I wouldn't.

Elon Musk fully committed to creating a world-class electric car company in the face of overwhelming scepticism. When he started Tesla, electric cars were a joke, but he committed fully and now he's one of the richest men on the planet based purely on Tesla stocks.

Ed Sheeran would play for free in pubs where no one would listen, he slept on friends' sofas for months, he was rejected by record companies for being ugly, ginger, short, unsellable. Now he's one of the biggest singer/songwriters ever, selling over 150 million records worldwide.

You must believe in yourself and fully commit to the process. Again, don't listen to me, listen to the successful.

"Be a true heart, not a follower." – Ed Sheeran

There are a million people ready to burst your bubble, and the most powerful of them is your own mind. Commit as if you have no other choice because if you want to succeed, you don't.

Imagine if Sheeran didn't commit. Imagine if Prince listened to the naysayers who said 'When Doves Cry' was "full of weird noises". Imagine if JK Rowling quit when she was rejected by 12 different publishers whilst she was divorced, living on welfare and with a child to support.

They all succeeded, every person I've quoted in this article, and thousands more because they went all in.

Want to learn about real commitment? Read up on Sylvester Stallone's beginnings; he sold his dog to buy food refusing to take thousands for his Rocky script unless he starred in the movie.

I'm not saying get to starvation-point to succeed (though a couple of years after the dog incident Stallone won an Oscar for Best Picture  – go figure), but you don't know what you can achieve without going all in.

As I've said, and I'll say it again, don't listen to me, listen to Smith, Murphy, Schwarzenegger, listen to all of them. They've been there, they've done it, they committed.

When are you going to commit?