Why You Should Believe That You Can Be the Exception

by René Junge 16 days ago in success 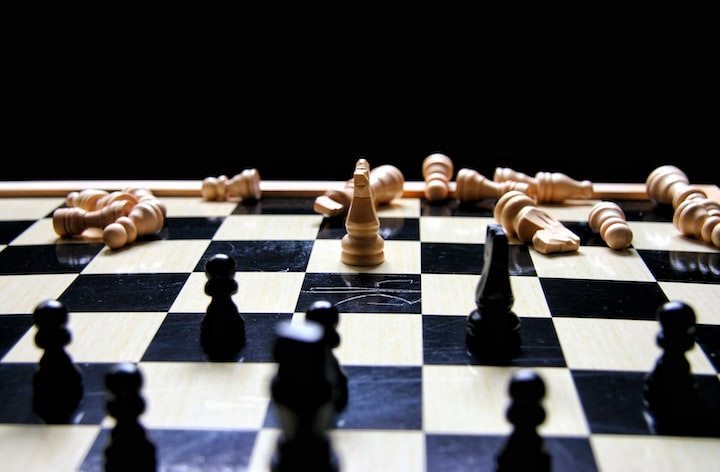 This quotation is excellent and correct because it warns us of dangerous wishful thinking. Every smoker (that includes me) knows that. People tell themselves that although many smokers suffer from cancer, they are indeed among those who are lucky and get off scot-free.

To think of oneself as the exception to the rule is often very dangerous and stupid. But it is at least as stupid to submit to every supposed rule. Many of the rules we live by are not set in stone. In fact, they are based only on experience, which is then generalized. In the best case scenario, the result is statistics that we use to align our actions.

- Eighty percent of all start-ups fail within the first three years.

- Almost nobody can make a living off writing books.

These are examples of statistics that become in our minds final rules according to which we then make our decisions.

Should I start a startup? No, don't do it! You're gonna go broke. Don't you know the statistics?

I want to be a writer. Should I try that? No way! No way! You'll starve to death if you try.

We hear these well-intentioned warnings either in soliloquy or from friends and family. We fall for the statistics as much as the others do.

Unlikely is not impossible.

These statistics can also be read differently. Let's try this with our two examples from the previous section. Then what do they sound like?

- Twenty percent of all start-ups are still in business after three years.

- Some writers can make a living from writing.

If we saw things that way, we might be braver. No, that's wrong - we'd definitely be braver. If it's possible for some, why not for us? However, this question is only asked if one concentrates on the positive examples instead of the negative ones.

But didn't I write above that it can be stupid and dangerous to think of yourself as the exception to the rule? You remember - I had given the example of the smoker who believes that only the others have bad luck and get cancer.

What is the difference to the courageous start-up founder and the optimistic author?

The difference is that the smoker cannot do anything to influence the result actively, but the start-up founder and the author can.

As long as the smoker does not stop smoking, the risk of cancer remains high.

But the entrepreneur can see what the twenty percent of start-ups have done to survive the critical first three years and align his own actions accordingly.

The writer can analyze what the successful authors do differently than the less successful ones and take an example from them.

Of course, in this way, neither the entrepreneur nor the writer can be sure that they will be among the lucky few who make it. But both have dramatically increased the likelihood that this will happen, just by doing more than others to succeed.

Whenever there are exceptions to the rule in an area, we need to look at whether we can influence the variables that decide between exception and rule. If we can affect the variables, we can also become an exception to the supposed norm.

If we can't, as in the smoker's case, we should be warned.

On the sunny side, there's still room for one more.

I've always believed that I could be the exception. Today I am. Seven years after I published my first book, I was able to quit my full-time job, and since then I have only been living off writing. I am still amazed myself at how I could continue to believe in it over this long period. The signs spoke against me in the first years. I wrote five books that earned me next to nothing, and no one would have blamed me if I had just given up.

But I didn't give up because I knew it was possible. I saw other authors with whom I was friends, who in the meantime managed to make a living from their books, and they wrote no better than I did. So it had to be possible. They were already on the sunny side while I was still in the shade. But I also saw that there was still room - room for me.

Sure, there were walls, ditches, and monsters between my shadow place and the sunny side that made it impossible for me to go straight over to the others, but I was sure I would find a way through.

Could I have failed? Of course.

Not everyone necessarily has to be an exception, but no one should forbid themselves to try. It can be really worth it.

P.S. I swapped my cigarette for an e-cigarette a few months ago. So I avoid over seventy carcinogenic substances. Why's that? Because I understand that I can't be the exception everywhere.

This article was first published on Medium.com

Receive weekly updates, and don’t miss any of my articles.

Thriller-author from Hamburg, Germany. Sold over 200.000 E-Books. get informed about new articles: http://bit.ly/ReneJunge

See all posts by René Junge →