Why Bukowski didn't try. And why you shouldn't either. 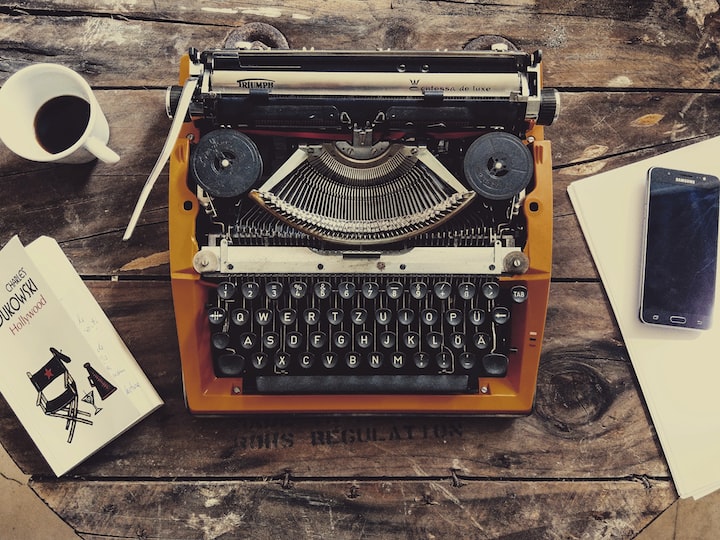 Photo by Pereanu Sebastian on Unsplash

If you’re like me, then chances are that at some point in your life, you’ve come across Bukowski’s wild, wonderful, and often, incredibly wise words. Chances also are pretty great that you’ve either been thrilled by his acute observations on human life or perhaps, horrified by his utter lack of respect for the conventions of poetic expression.

For those of you who are scratching your head right now out of utter confusion, let me introduce you to Henry Charles Bukowski. Born in 1920 in Germany as Heinrich Karl Bukowski, he emigrated to the United States at the age of two. Bukowski went on to become a prolific writer, publishing his works in local newspapers and underground magazines, while working several jobs over the years, which included…wait for it…a pickle factory!

Bukowski spent the first half of his life getting rejected by publishers and as you may imagine, he, like any other man in the throes of despair and hopelessness, decided to quit writing. That lasted for ten years and involved extensive traveling around the country until he got back into writing in the early 1950s while working at a post office (he quit after three years). He created his fictionalized alter-ego Henry Chinaski who worked at the post office, drank too much, and slept around way too often for his good. Just like his very own creator (any surprises there?).

Bukowski’s experiences, however, had a huge impact on his vision and style of both writing and living. He represented the American downtrodden and the so-called urban lowlife and captured both the decadence and the aspirations of that social class in a style so fluid and so raw that the debate regarding his greatness is still raging, 26 years after his death. If you’re interested in knowing more about his life and work, head on to his biography on the Poetry Foundation website.

Bukowski had some strange notions, however. Strange by the accepted standards of modern society anyway. His notion of life is epitomized by the following two words on his gravestone.

“Don’t try?” Are you kidding me? That’s all he chose to be remembered by? He could’ve done better, couldn’t he? It’s almost like he went lazy in death. Almost as if he didn’t…well…try.

But that’s the beauty of it. Say what you will about the man himself, his epitaph is an enduring reminder of what is important in life. That is what I’m here to dissect.

So what’s the big deal about those two dull, unimaginative words anyway? Glad you asked.

Let’s face it. The world today is a massive madhouse. If your children can’t ride a bike down a mountain, can’t swim a mile in the north Atlantic, and can’t speak seven different languages by the time their milk teeth start falling out, you aren’t doing it right. Or at least, that’s what they’ll have you believe.

Alright, these examples are exaggerated. But that doesn’t change the fact that you and I and everybody we know feel the constant pressure to be more. To do more. To climb Mount Everest in our pajamas with nothing but a bottle of vodka and a Snickers bar. Why? Because you may have seen somebody do something like that on social media. That, amigo, is where the problem begins.

Social comparison has never been a bigger feature in our daily lives than it is today. We all aspire to be poets, artists, inventors, athletes, or whatever they told us we could be when we were six. Social media only compounded that belief as we grew older.

The sad part, however, is that we can’t be all that’s possible. And we know it. And with that realization comes frustration and a deep sense of inadequacy, a feeling so icky that you might as well just curl up on the couch and eat a barrel of ice cream until you explode.

Thing is, our parents and our teachers and anybody we have ever trusted have told us that we could be whatever we wanted, but they didn’t tell us that the statement comes with a tiny asterisk saying “terms and conditions applied”. This boosted our self-esteem to unhealthily large proportions. Don’t get me wrong. Self-esteem isn’t inherently evil. It’s pretty useful, as any social psychologist will tell you. Then again, self-esteem is tied to the ego (not the Freudian one). Being a psychologist myself, I take issue with this use of the word, so let’s call it toxic self-esteem instead. Now, toxic self-esteem, my friend, is like a beer belly. It doesn’t take much to grow one, what with the constant temptation all around, but it’s notoriously difficult to get rid of. That’s where things get messy.

Our family, our educators, our peers, and our screens have told us we can be anything, but if you showed my dancing video to any halfway decent dancer, they’d want to bash their head in with a hammer! So my point is this: listen to dear old Mr. Bukowski, and quit trying to be what you’re not cut out for. There’s no shame in admitting that you can’t dance to the same tune someone else can, or that you’re just not good at baking (I’m not either). This toxic culture of positivity, encouraging everybody to try everything and be everything all at once, has to go.

The epitaph of Mr. Bukowski can be seen from another perspective as well. You may not be naturally good at something but let’s say you’re pretty decent. That is good enough grounds to practice and get better at it until you can legitimately assume a zen position and call yourself a master. There’s no harm in that, except for the reason why you want to get better at it in the first place.

Bukowski was a writer so he naturally wrote about why you should want to become a writer, and more importantly, why you shouldn’t.

“if it doesn’t come bursting out of you in spite of everything,

unless it comes unasked out of your

So you want to be a writer? – Charles Bukowski

These are just the first few lines from the brilliant piece that he had written. Check out the full poem here.

Too many people do things for the wrong reason. What Bukowski says is pretty simple. Create art for its own sake. Not for money. Not for fame. Not for sex. Just for the art itself. Take a moment to wrap your head around that. The idea is so simple it’s hardly worth a moment’s consideration, yet it’s just so difficult to put into practice.

In a fast-paced world where the number of Instagram followers you have may be a direct indicator of your self-worth, this is vitally important. Too many people are living their lives doing things not because they like to, but because they have been told that it will land them a huge house, a big boat, and too much money for them to know what to do with. So they jump at every opportunity, suffer for all the wrong reasons and end up buying all the things that contribute nothing but momentary pleasure in their miserable lives. Hate to break it to you but this isn’t going to make you happy, or even a little bit satisfied, in the long run.

So what will make you happy? Well, studies conducted by happiness researchers (yes, that’s a thing) show that a meaningful and singular purpose in life may be key to being happy in the long run. That translates to two things:

Find a cause worthy of your struggle. What this means is that you choose something that you’re good at and have the requisite motivation to work toward a goal you set in that area. Too many people try too many things and end up a sobbing mess. That’s bound to happen because you will at best be mediocre at some things, suck at most things, and excel in very few. You’d do well to accept that.

Work toward that goal with intense passion but never force it. This is best explained by another one of Bukowski’s immortal quotes.

“If you’re going to try, go all the way. Otherwise, don’t even start.”

So there you have it. Life sucks, big time. And you suck at most things too. So don’t try to be who you know you aren’t. Ditch the idea brainwashed into your head by your favorite self-help guru that you can be anything you want. You won’t. Accept that you’re limited. Embrace the suckage. Perhaps, that is the only way to suck less at this thing we call life.

More stories from Sayak Mondal and writers in Motivation and other communities.