What To Do About Being So Damn Busy

by Jamie Jackson 5 months ago in advice
Report Story

Who said busyness is bad? Maybe it's a good sign 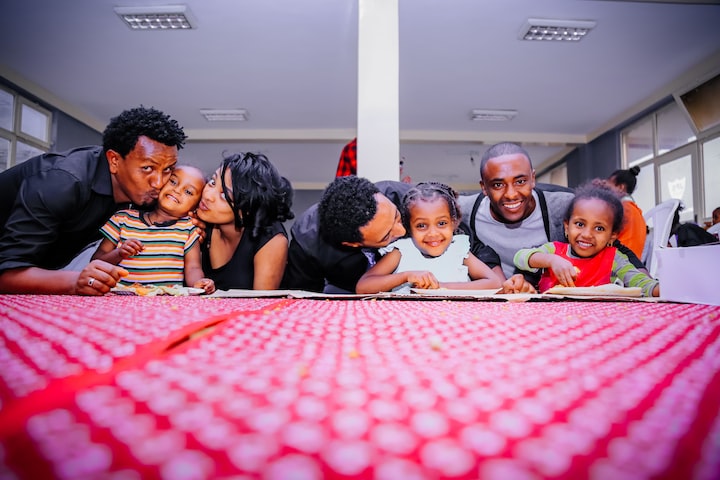 Photo by Gift Habeshaw on Unsplash

Somewhat depressingly, if you Google that quote above, the first hit is from an article in an HR magazine. How utterly dry and corporate.

I worked in HR for many years and not once did someone say, “Hey guys, we’re human beings, not human doings, so let’s just chill out on the admin and vibe for a while, yeah?”

The HR article was about promoting “wellness programmes” in corporations. I suspect, the only reason anyone needs a wellness programme in their job is they’re caught up doing soulless and unrewarding work in the first place.

HR doesn’t care about your wellness, they care about promoting schemes and programmes that will legally get them off the hook if one of their employees goes postal.

So forgive me for being cynical when I hear corporations quoting spiritual leaders about "just being" or when they say being busy is bad.

We live in a dichotomy. Today, we're meant to do, be and achieve all we can, to become our best selves through the grind, but at the same time, 'busy' is a dirty word. Everyone loves to rally against busyness. Everyone loves to espouse the idea of earning seven figures from a laptop on a beach or something.

"Busy" conjures up images of disorganised and stressed individuals who have no time to be mindful, no time to prioritise themselves, no time to really live (on the beach with their laptop).

I'm here to reclaim the concept of busyness.

The only time anyone stresses about busyness is when they're doing boring tasks that don't provide meaning.

There's a reason why an HR magazine is banging on about being and doing and it's because no one is passionate about HR. Burnout comes with tedium, meaninglessness, being on a mouse wheel. It doesn't come from someone creating and following their dream.

Do you suppose Elon Musk worries about busyness?

Musk is a notoriously hard grafter, he admitted to working 120-hour weeks to ramp up Tesla's production a couple of years ago, and even now he regularly puts in a "manageable" 80–90 hours a week. Someone should send him the 'HR Magazine' article and tell him to just "be".

It's not about being busy, it's what you're busy with that matters.

"It is not enough to be busy; so are the ants. The question is: What are we busy about?" ― Henry David Thoreau

Being overloaded is an undeniably bad thing and 120 hour weeks aren't sustainable, but who doesn't want to be busy doing what they love?

If people tell you how busy they are, what they really mean is they're burdened with crap they don't want to deal with.

Busyness is, in its proper form, good.

What do you think a flow state is? It's simply focused busyness on something you enjoy, something that engages and stimulates you.

I had a life coach in 2018, when I was working full time as an IT Project Manager, writing on Medium, performing stand up comedy, vlogging regularly, podcasting, working out and bringing up a baby.

I was stressed. I moaned to my coach about how busy I was. He told me "good."

Good? I had no time to myself! What did he mean good?

He said: "It means you're making progress and things are getting done. It would be a bad sign if you weren't busy."

I was busy pursuing my passions. Why was I complaining? Sure I didn't like my corporate job but everything else was my choice, my interests, my obsessions.

"You can't cry about having a lot on your plate when the whole time your goal was to eat." – Steve Harvey

I stopped being stressed and started appreciating all the things I was creating. Now I was a Picasso in his studio, now I was a Kerouac hammering out a story at a typewriter. I was busy being creative.

Besides, busyness has momentum, no doubt about it. Like a heavy rock rolling down a hill, progress is in part inertia.

As Benjamin Franklin pointed out:

"If you want something done, ask a busy person."

Any gym-goer will testify the hardest workout is the first one back after a break. There is entropy to slowing down, a tax on stopping and starting again. It's why Mondays seem so horrendous compared to midweek.

Every emotion is just a sign, an instruction. If you're feeling overwhelmed and stressed, you're probably doing the wrong things. You're probably high on admin and low on creativity.

Review your stress, compartmentalise your frustration, it's trying to tell you something. The longer you ignore it, the louder it will shout, and then it will come to you as burnout.

In his book 'Reinvent Yourself' James Altucher sums it up in the simplistic way only he can. He writes:

If you think this is too idealistic, then I say you need to tell that to the people doing this already. There are thousands of people who fill their days with creativity and excitement.

You don't have to grind it out in a dead-end job. Be the person you want to be. Don't do things you don't want to do. It's your mission in life to work out what that means for you.

After all, you're a human being, not a human doing. I think I read that in a magazine somewhere.