The Year For New Resolutions

by Shelly Bartley 4 months ago in happiness

Two Years Mixed As One 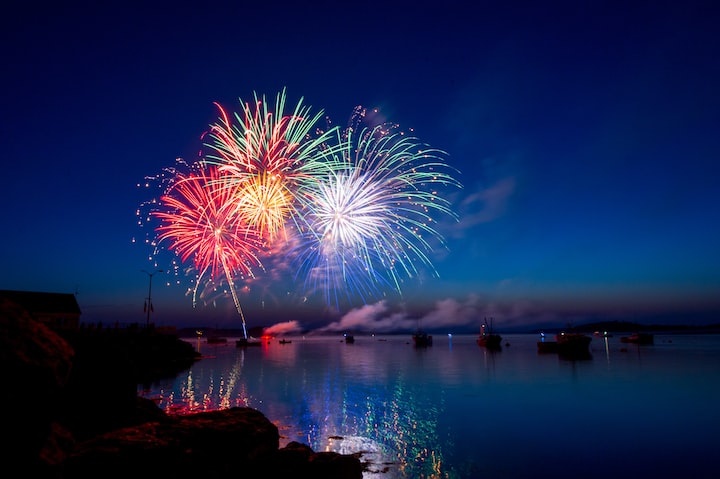 Photo by Ray Hennessy on Unsplash

The year 2020 burst in with a massive flame spreading everywhere. Every day there was a reoccurring event of bad news. It was like the world was on a repeating time-loop that stole people to take along the way. I have to say that 2020 had some serious balls of stone. Rushing in with its radar stretching in every direction. There was no corner of the world that was truly safe. The year was stealing whoever it chose without care.

There are people who say the year is not blamed. I say that I disagree with that opinion. The entire year was with a storm of depression sent ready for release on the world. Along with the depression, the year will be leaving behind several gaps in people's lives. The people who lost in the year 2020 did not just volunteer for a job. They got taken against their will and sent somewhere that they were not yet supposed to meant for. If the year had not taken place these things would not have happened.

It is time for a new year to take over. New Year resolutions we are to make has us surrounded once again. My New Year resolutions involve trying to heal from the damage that the last year gave. This will be no easy task to do. This resolution is something that could last forever. Once making it past one little piece there are still over a million pieces to make it through.

Another part of my new resolutions is to remember I plan to take all of my memories from the year before with me. I do not just want to forget the previous year. Forgetting the year would mean forgetting the people who went with it. It would mean forgetting exactly what happened. I never plan to forget any of the people from the year 2020. I will never forget all that happened along with the year that came in to wreck the world.

When someone asks me about my New Year resolutions I will say that they are for the year before. My thoughts are that I am not the only person in the world who does not want to forget. As the world heads into the new year I will be with them while a big part of me remains in the year before. The new year's resolutions are simple for me. There was no hard decision to make when it came to my choices. These choices are an important part of history. Every single person that was lost this year needs their names remembered. Each name needs etching in stone so that no person will ever forget those who were lost in the year 2020. Some people may say that these people were not soldiers and do not deserve their names placed on the stone. In their way, they each were soldiers thrown into a war that they did not choose to go into.

The last new year's resolution is for hope. My hope is that the year 2021 will bring peace to the people who are looking for it. This new year will be a year for those of us who need to mourn all that was lost with the year before. I hope that everyone has good luck with their New Year resolutions and for those of us who are mourning a loss with pain not yet eased please remember that you are not alone. We will all greet this new year with thoughts for those who were lost in the last year. Try your best to keep your head held up and think of the good times that were had with each of those who are now missing.

From a very young age, I have always written anything from poetry to books. Enjoy painting and other arts. Have written a few songs and short stories to.

See all posts by Shelly Bartley →