The Incredible Impact of Iris

by Hazel Mack about a year ago in happiness
Report Story 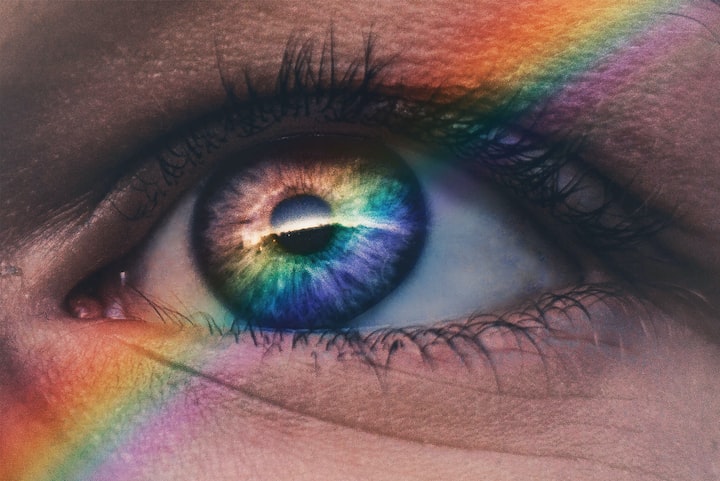 Photo by Harry Quan on Unsplash

Sometimes stories can only be told at the end. And the end is where Iris’s story begins.

You don’t always know before the after, which small moments had great impact, and which grand gestures were moot. While Iris’s life had her fair share of inconsequential grand gestures, this is a story of how she fueled extraordinary things through seemingly ordinary actions, in response to a gift of $20,000.

How she came to be gifted with such a substantial sum is not particularly intriguing, so I shall simply tell you what happened from that point forward. The reason wasn’t scary, or illegal, and no one died. Well, except Iris of course, but our lovely Iris lived a long and full life and died peacefully in her sleep at an acceptable age, the timing of which had nothing to do with the money.

The financial gain was but a beat in her story, but one that changed her trajectory because of what she did with that gift, how it helped her to realize hers’, and how in turn it helped others realize theirs.

I do apologize however that this tale begins with some rather unimaginative and very practical things.

With her bank account newly plump, Iris immediately started it on a diet. Like many humans with responsibilities are wont to do, Iris paid her bills, and then due to a familiar voice in her head, also put a nice little chunk into one of those very adult-esque retirement accounts. Feeling quite proud of herself, she decided she should spend the rest on fun things. What those fun things were, she wasn’t exactly sure but decided that there was fun to be had in exploring the possibilities.

You see, Iris was a creator. A maker. An artist. But she hadn’t realized that yet, or rather, she’d already forgotten. As a child, Iris had been messy and often deemed to be ‘off with the fairies’, and somewhere along the line, Iris had learned to be tidy and leave the fairies to themselves.

Being the practical woman she knew she now was, in search of the wildly creative woman she secretly wished to be, Iris had then found herself at her local bookstore standing in front of a long rainbow, crafted by small hardcover notebooks. Torn between the choice of sunshine yellow and classic black, she opted for the little black one, proud of herself for making such an elegant and professional creative choice. And then she also bought the yellow one, because well, she could afford both and it was simply too pretty to leave behind.

On her way home that day from the bookstore, buoyed by a foreign feeling of possibility, Iris stopped in at her favorite plant store and treated herself to a gorgeous, tall green tree and assorted little green things. Arms full of palms, monsteras, and succulents, she opted to take a taxi home. Later that night, she reached out to an old friend she thought to be something of a green-thumbed goddess.

What happens next is where the smallness and the bigness of her story start to blend. And of course, this story isn’t just about Iris, because a life well-lived is always connected to others in often unexpected and wonderful ways.

In paying those few bills and saving for later, Iris freed a part of her brain and the oodles of energy that was tied up in just trudging through life’s realities. Through that newly created space, the first seeds for her future bestselling novel, her Oscar-winning screenplay, and the hundreds of less significant but just as important stories, dropped into Iris’s mind with just enough grip to blossom onto various pages as her life unfolded.

And that little notebook served as the first real home where her twinkly ideas started to grow into something bright, real, and tangible. Part journal, part doodles, she filled that black notebook, then the yellow one, and then the rest of the rainbow a few times over as the years went on. In those books, she created new worlds and she made sense of the real one. She transposed her thoughts on life at its best and its worst. She captured snippets of genius that later turned into works of art.

Ultimately those works of art, that were seeded then, can be linked at a cosmic level to at least 3,017 heroes who went on to make the world a significantly better place. Their fields and specific contributions varied but Iris’s words triggered unique sparks in each of them. And there were thousands more that were simply a little bit happier for experiencing her words, and they each, in turn, created their own amplification of joy in the world, the value of which is far too often underestimated.

But I suppose those works of art count among Iris’s grand gestures that had a positive, grand correlation. What is just as important are those seemingly small moments that ensued that very day.

The local plant shop owner was able to pay his bills that month, thanks in large part to Iris’s purchases. For years, that man found great pride in pairing off his plants with people and was grateful every day he had the chance to do what he loved. And several decades later, having been fueled by her grandfather’s passion for the earth and its possibilities, his granddaughter became a botanist and joined one of the world’s best think tanks. And she’ll change the world as we know it, in only a few more weeks.

As for the taxi driver, having had an exceptionally disheartening day, had both their spirits and bank account lifted by Iris’s kind words and very generous tip. Iris's words prompted them to apply to a program and her tip was their first drop of savings towards tuition. That drive was a very long time ago but just this morning, our former taxi driver saved yet another person’s life and has saved thousands more in the years since that drive with Iris. And in a few years, they’ll become part of the team that cures one of the world’s cruellest diseases.

And the trajectory of that green-thumbed friend, who had been feeling both over and underwhelmed with life, was powerfully changed on account of that unexpected but deeply needed call with Iris. Their conversation progressed along the crazy tangents that often happen between good friends and she once again started to feel that flash of light within herself. This friend was also a creator, a maker, an artist, who had forgotten that truth. In time, that friend’s light and her creations, in all their assorted forms, would go on to inject a tremendous amount of even brighter light into many other’s otherwise dark experiences.

You don’t always know which small moments have great impact. But you can imagine each one has the potential to both beautiful and powerful. The world is a better place because Iris was in it. But everyone has a little bit of Iris in them, don’t they? What would you wish for your impact to be? What fantastical chain of events would you wish to set in motion?

Excellent. Now please go do that. The world will be a better place for it.

More stories from Hazel Mack and writers in Motivation and other communities.