by Christina Jacobs about a year ago in happiness
Report Story 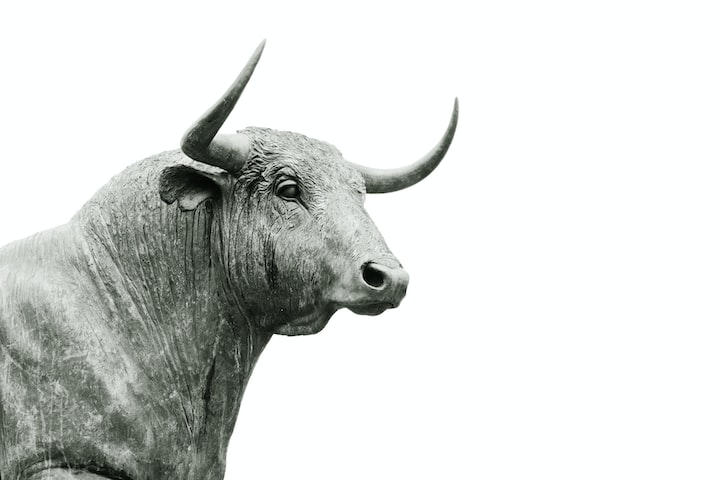 Photo by Hans Eiskonen on Unsplash

She is stubborn. It’s a phrase I have gotten used to hearing immediately after my sign astrological signs by my dad at the age of seven, I was so excited to learn which one was mine. has been mentioned. Christina is a Taurus, so she is stubborn. When I was first introduced to When my dad told me I was a Taurus, I was confused.

“It means you're stubborn, hard-headed”, he replied as he knocked at the top of my head.

I remember being so frustrated and thinking there was no way that could be mine. Out of the four siblings I was raised with , I was the good one, the most mild-mannered one. I decided that day that there was no way that sign represented me, I must be something else. I looked through the long paper that held all the signs, and picked out ones that I felt best fit me.

He looked at me and smiled.

“No, you’re definitely a Taurus.” he said as he knocked at the top of my head again.

The next discussion I remember having about astrological signs was in high school as me and my friends were eating lunch. One of my friends was going around the table reading the character traits for each person’s signs. When she began to read mine, there was only one word that stuck out to me, stubborn. I had really come to hate that word. It was an insult. Despite my disapproval, my friends seemed to agree with all the traits mentioned. After seeing their agreement, I began to accept the possibility that this was a word that describes me.

Once I had accepted that I was stubborn. I began to use it in every argument.

“You’re not going to change my mind, I am a Taurus.” I would say. I am stubborn. It became an excuse. It was a toxic trait I was born with, and this was how I embraced it. However as I got older I realized that it was only a toxic trait if I allowed it to be. I was always painted the picture that being stubborn meant someone who liked to be right and that was what I accepted and embraced. It wasn’t until I lost my first job in teaching that I realized there was a hidden power in being stubborn.

I remember bawling my eyes out after losing my first teaching job. I thought I had finally found the career for me, and I had no clue what I would do next. After crying for an hour or two, I couldn’t help but feel the familiarity of the situation I was in. In that moment I realized that there had been other occasions that I felt just as hopeless in, and my stubbornness and my strong will had gotten me out. Then I relied on it again. The next day I had no tears in my eyes, and was applying for school. Two weeks later, I was starting school again.

So if the question is if my personality traits match my zodiac sign. Yes.I am a Taurus and I am stubborn. However, I believe that we have to define these character traits for ourselves. Knowing and understanding your zodiac sign can lead you on a path of self-reflection. The greatest lesson I have learned is that I have to define who I am and not allow others to do so for me. I believe that most people match their zodiac signs and traits, but it is up to them on how to interpret it. I hope any one who meets me and says she is stubborn, will follow it with she is resilient.

More stories from Christina Jacobs and writers in Motivation and other communities.