by Tracey Rose 8 months ago in happiness 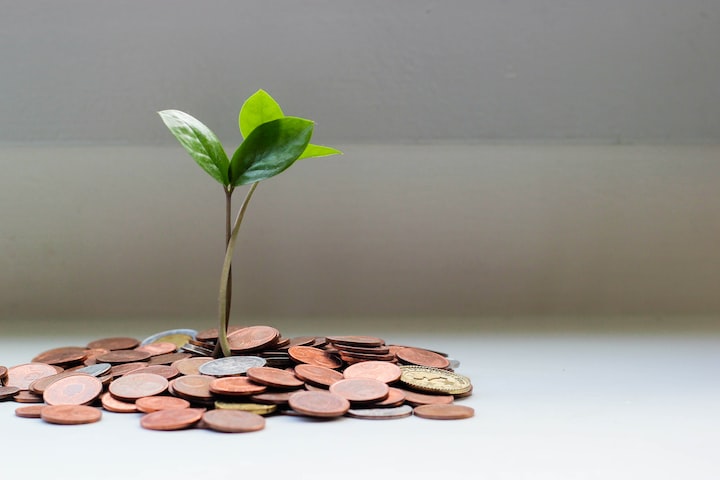 I opened my eyes, said, “Time to go manifest my reality,” and got out of bed to head to the meditation room.

My wife rolled over, yanking the blankets back, “Just don’t make it all about winning the lottery.”

“I’m not,” I muttered, trying to stay zen and not stomp across the hall. The law of attraction had totally worked for her the day before and she didn’t even believe in it! I was the one who told her about E2, a book of experiments to prove to people that your thoughts can become reality. Like, if you think of seeing a purple car, then all you see are purple cars on the road.

I had been sitting at the island in the kitchen, reading the Amazon reviews. Five stars from a woman who needed money for her kids and that night at her job as a server in a casino, someone hit the slots again and again and again. Each time tipping her until she had exactly the amount needed for her kids. Crazy!

“You just have to put your intention out to the universe and it’ll come to you in forty-eight hours. At least that’s what the book says.”

She actually pouted, “I think I have been putting it out there to get this office rented.”

Right, her psychotherapy office. The first six months of covid left a giant question mark over what was going to happen. By the time fall came around, every rent check she wrote hardened into frustration that calcified into depression.

She came over for a hug and I wrapped my arms around her, “Maybe you didn’t really mean it before. Do you mean it now? Let’s put it out there.” I nestled my face into her neck, gave her a quick kiss, focusing on her wish.

Not two hours later she got a response from the ad that had been languishing in the depths of Craigslist. I gave her a wink, “You email him back right now and then we can talk about how the universe works.” Her face lit up - she forgot that she'd even set the intention!

I couldn’t stop thinking about it, what was I going to manifest?? I couldn’t focus on one thing, my mind wandering over all kinds of topics, short term desires, life long dreams. What would I even want to have happen...

As I was drifting off later that night, it popped in my head. The seed money for my foundation. Hah! “My” foundation, only to be used for good, not to enrich me, has been a long-time fantasy.

I’ve always had this dream - even my resume is headlined: “Dream Job - CEO of my private foundation funded by my Superlotto winnings." The second line says, “Next best - a job in your company” (I always get the interview.) It was never really more than a fantasy, but maybe now is the time. OK, universe, let’s make this happen. 48 hours from Sunday, February 7 by 10:28pm.

I was giddy and couldn’t stop thinking about it all night. I was going to be a multi-millionaire. No, no, it wasn’t for me, it was for the foundation. My true intention was to give it all away, to help people and to fund non-profits that are focused on solving humanity’s biggest problems - clean energy, medical breakthroughs, world peace. That is the only way it would work, right? I'm no expert in the law of attraction, really, but it seems like asking for money for myself is a little selfish and not aligning the energy of the universe.

I went into the meditation room. It’s really just a bench at the end of the bed and a throw blanket because my legs always get cold. I put on my headphones and scrolled through tracks on the app. I'd started a routine this year, finally, a new year’s resolution of sorts, to meditate more. Wake up, listen to a track, write in my little black book, get on with my day. This day I picked music only so I could focus my intention. I honestly wasn’t trying to think of the lottery. Things just pop in my head when I meditate. And then to test if a thought is coming from my conscious mind, I push it away or tie it to a helium balloon and let it float away. If it comes back, I try to be open that it might be an actual answer.

The music washed over me and I settled into my breathing (in through the nose, out through the nose). My mantra at first was ‘I am open to the energy of the universe’ and then I shifted to a focus on this seed money idea. My mind wandered, how would it come? Inheritance? Too sad, that’s like the Monkey’s Paw, bleh. Stocks? Who am I kidding. A new job? Something else?

I tried to push that all away and stop my conscious mind from running. Just let it all float away. Then the number 13 popped in my mind followed by the letter A. Could it be 13...million? 13 million dollars. Then my old resume popped in my mind and the idea of the lottery was stuck. Was that from the universe or was it my conscious mind trying to force a path? But 13 million, that would be an incredible nest egg of capital, invested properly would generate massive returns for doing good in the world. Could I manifest that for my lifelong dream in two days' time? I came out of the meditation, grabbed my journal and jotted it all down.

I tried to be open to whatever was meant to happen, but secretly I was sure it would be the lottery. No amount of helium balloons could float that idea away now. I’d bought plenty of lottery tickets in my time, but I was never so sure as now. Per E2, the Law of Attraction does not fail! I went downstairs to work but was super distracted, googling the legalities of setting up a foundation, lottery tax calculators and, of course, the amounts of the jackpots. The numbers weren’t coming up right, though. Superlotto wasn’t 13 million. Nor MegaMillions, or Powerball. Not even by manipulating lump sum with tax or without tax.

That didn’t deter me. I ran upstairs to get some shoes and saw the clock said 11:11, which is one of my personal signs that the angels are communicating with me. I must be right on track! I jumped in the car and drove down the street, but I wasn’t sure where to go. We had just moved to this town a few months ago and with covid I still didn’t know where many things were.

I drove to a convenience store a few blocks from my house. The first thing I saw was a sandwich board that had the lottery logo and “LUCKY RETAILER” in big block letters. I looked up at the store sign that said A-1 Convenience and I knew this must be the place! I careened into the parking lot, put on my mask and went in. I bought one each of PowerBall, MegaMillions and SuperLotto. You only need one, right? But just to be sure, I added a shiny red Valentine’s Day scratcher and went to two other gas stations in the neighborhood and bought an additional ticket of each jackpot for good measure. I stuck them all in the pages of my journal when I got home.

I was dying with anticipation but tried to play it cool, it was hard not to turn on the TV at eight-oh-oh and watch the actual drawing. It was Tuesday, so Mega and Powerball were drawing; Superlotto draws on Wednesday (and Saturdays.) I was going to be a multi-millionaire. In the name of charity, of course.

About 8:25 pm, I couldn’t stand it anymore, opened the app and looked. Always start with the mega number. If you don’t hit that, it’s over. No hit on the Powerball tickets, but the Mega Millions mega number was 09. I had 2 tickets with 09 mega and I could feel the excitement rising. And then immediately deflated...only one other matching number. Bummer.

But I did win $5 ($3 on one ticket and $2 on another.) That could be considered “seed” money, right? The SuperLotto drawing was the next day, still within my 48 hours, so I bought 5 more tickets for that drawing. And even better that the jackpot amount was $13.9 million. Right on target.

And the same roller coaster of excitement, distraction, thinking about the results. An agonizingly long day. Finally, 8 o’clock rolled around and I could check the numbers. Damn. I didn’t win the jackpot. But I matched three numbers (no mega) and won $9!

The next Superlotto was Saturday and the date was...the 13th. Could that be the 13 that floated in my mind? The date that my intention would manifest? I bought nine tickets from the A-1 Convenience store - nine separate quick picks, just to mix up the numbers - and tucked them in my journal.

I went back to my internal obsessing. Imagining signing the ticket, photocopying it, going to the bank, getting a safety deposit box. Interviewing lawyers, accountants, financial planners. Who would I help first? At the top of the list was A.K. from my old job. We had a deal. If either of us hit the jackpot, we’d give the other a million bucks. It was supposed to be only a hundred million or more jackpot, but I’d still find him and give him something. It was delicious to think about it and my mind raced faster and faster with the possibilities as the drawing drew nearer.

I still couldn’t bring myself to watch the actual drawing. I sat on the couch watching TV, my feet in my wife’s lap. I finally pulled out my phone and peeked at the numbers.

My heart sank, no mega match. I grabbed my black book off the side table and fanned the pages until I got to the tickets. Not ONE number matched. Nine duds. All my energy just ran out of my body as I sighed a heavy, desolate sigh.

She looked at me, squeezed my feet and said tenderly, “I don’t want to say I told you so…why do you let yourself get all worked up?”

I threw my journal on the ground. It landed with a thump, spilling the orange losers and a flash of red onto the rug. I went on,” I do believe in the universe and in abundance and that there is enough for everyone to go around. And that all you have to do is ask for it.”

I conceded, "No, not that I’m going to win the lottery necessarily, but that somehow a path will open that will take me to my dream. Maybe I need to be more patient to figure out what that dream actually is. I guess I wanted a shortcut, and it was fun to believe, and I mean, really believe in it for a minute.”

I reached down to pick up the spilled tickets to recycle them. Hey, that red card wasn’t a dead ticket, but the Valentine’s Day Scratcher. I had totally forgotten about it. I picked it up and found a penny. There were ten squares. Scratch off a love symbol and you win that prize, a 2x symbol and you win double the prize. If you uncover an icon of a flying wad of cash, you win ALL the prizes, including the grand prize of $20,000.

Adrenaline pumping, the universe seemed to drown out everything but the sound of scratching as my penny revealed the tip of some wings.

Receive stories by Tracey Rose in your feed
Tracey Rose
Read next: The Best Has Yet to Come in the Year 2021