by Legend Gilchrist 15 days ago in healing 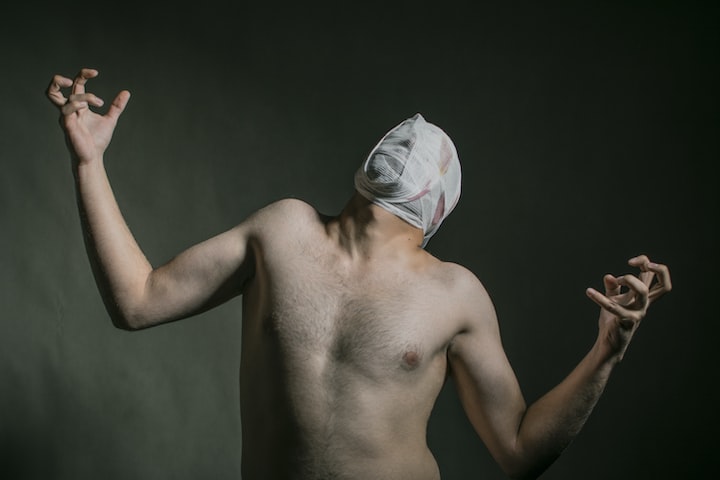 There was a time so many decades ago hat I actually did As a good citizen I strove to do those things that I believed would make te world a better place: I voted, I volunteered, I wrote letters to politicians believing that my efforts in reaching out to them would actually make a difference and that they would hear my concerns and act upon them but I was dismayed to learn that while the voiced their external support for my views and positions they would only go their own way serving the powers that funded their lifestyles and gave them wealth untold in the most corrupt, yet completely legally approved (for it was the politicians who lined their own pockets who made the ways and means to ensure that laws were passed to make the graft that they recieved totally legal), ways. And so my anger began to burn and I began to rage even though it only started out as a whimper.

But my anger grew and grew as I looked at politics in general. One side blamed the other for the evils in the world while the other side pointed their fat fingers at the other side and blamed them for the same things that they were being accused of. It became apparent to me that both sides were to blames for the messes of society. It also became evident to me that there was absolutely nothing I could do to change the course of the politicians actions to encourage them to do the right and correct thing. And my anger burned even more furiously as a result. And my rage became as a wildfire, innocuous at first, but eventually deadly in due time. And, the wildfires of my ager, the anger mine, grew out of control and there seemed nothing that I could do about it. There were no firefighters to rescue me from my needs.

And my anger burned, the anger mine was completely out of control. My very well being was being destroyed in the raging wildfires that lay within my mind, my heart, and my very soul. The destruction was small at first, but soon became a raging inferno as my mental health began to crumble to the core. The very structure of my mind and personality were being destroyed and there wasn't a damn thing that I could do it. Or so it seemed. Soon billows of black smoke rose to the sky and the stink of the destruction was apparent to all who bothered to notice that my anger was out of control.

That the anger mine has stolen my personality and who I was in it's destructive fires. It wasn't long before the structures of my psyche was completely diminished and I found myself in an asylum specially designed to allow "burn" victims, otherwise known as people with mental illness, to recover and rehabilitate with specialized medications designed to restore the structure of the psyche back into a habitable structure that the resident of which might live a renewed life in peace, harmony, and safety. But even so, the anger mine resided in a secret place in my inner soul with the knowledge that one day it may reveal itself and resume the destructive force that had originally nearly destroyed that occupant otherwise known as me.

And so time went by and I lived a relatively quiet and peaceful existence, doing my best to be stable, happy, and healthy. But sure enough, the anger mine would reveal itself in both minor squabbles and major battles. The minor squabbles were those matters of everyday life that cause even the most stable of individuals to "blow their top" so to speak. The major battles were the matters of intense social injustice, inappropriate discrimination, evilness and the like.

Being a passionate person, I found it to be impossible to control the anger mine when those major battles surfaced. I found myself in heated battles with individuals who believed differently than I do. I also found that I deeply regretted taking such rhetorical force against these generally kind people who merely disagreed with my point of view and nothing else.

It was in these major rhetorical battles that I found my anger to grow to excessive levels far about what one might expect in such discourse. I also found that I experienced deep regret and guilt for letter the anger mine get the best of me. One thing was for sure, I had learned. letting anger mine in charge had cost me many a precious friendship. Friends that I sorely missed and would never see again. After much careful reflection, I discovered that my enemies were not the people that thought differently than me. My enemy was myself and anger mine.