How to Organise and Manage Emails Like a Spartan Warrior

by Trisha Dunbar 14 days ago in self help 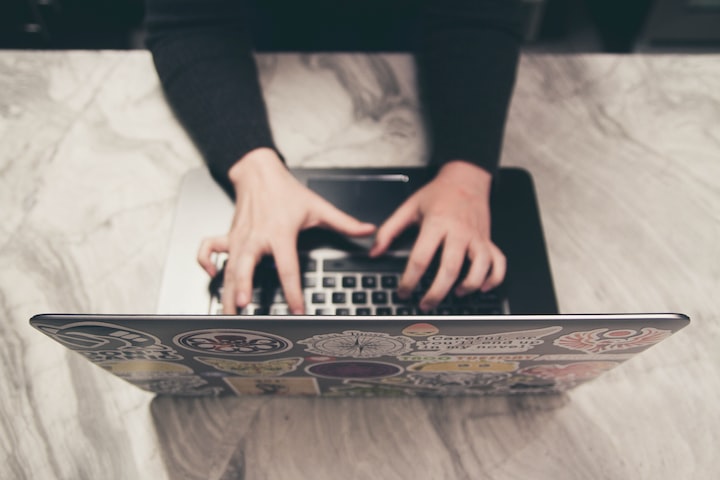 A Spartan was a citizen of the ancient Greek polis of Sparta, now they may have had tablets - stone tablets, but what they didn't have was emails. Today, we do have emails but lack the mindset of a Spartan. It's time to apply the ancient wisdom of the Spartans to tackle our professional and personal emails without them stressing us out and impacting our mental wellbeing!

Spartans had the training and skillsets to back up their reputation as formidable warriors. Part of this training was in strength and discipline, but how can you apply that to emails? Firstly, let us take a look at what an email is…

An email is a task or sometimes multiple tasks. Each email takes up a little bit of your precious time, and every email is different in the time commitment required. Emails should be handled in the same way you handle tasks in general, but remember there are better ways than just adding emails to a growing to-do list. If we are not careful we can become buried and overwhelmed in emails.

The Spartan Guide to Organising and Managing Emails

It's time to handle emails the way a Spartan would have - if they had emails!

Touch every email in your inbox only once. Once an email has been touched, either deal with it (archive or respond), delete it, or delegate it - so you do not need to touch it again. On average I get 100s of emails daily! Yet with this simple rule, I always keep on top of my busy inbox.

Set a rule that you will not email after a set time or at weekends. Did you know in France it is illegal to send emails out of the allocated work times! Setting boundaries and sticking to them takes great strength and self-discipline. Now, I am not a morning people person so I book out an hour every morning and 30 minutes in the afternoon to action emails. Not all emails need a written response. For example, I make use of highlighting the thumbs up on Outlook emails so the other person is assured I have read and actioned the email.

"Keep your men busy. If there is no work, make it up, for when soldiers have time to talk, their talk turns to fear. Action, on the other hand, produces the appetite for more action." - Gates of Fire.

Before a battle, the Spartan warriors kept their anxieties at bay by staying busy with various tasks and rituals from exercising before breakfast, to training and doing well other things. Dealing with emails may mean sitting for long periods - unless you have a standing desk! So, get in a little exercise pre or post emails. If you know you are going to be dealing with some stressful emails during your allocated email checking time slot do something that recharges you rather than drains your energy first. Take some deep breaks, cluck the knuckles if you have too then 'go for it'!

We're apt to think of the Spartans as ferocious warrior kings. But the Spartans were acutely humbled by, the existence of forces greater than themselves. No matter the skillset and training we can't always change a situation, but we can control how we respond. There will always be emails written in haste. The way you respond, should you respond to them is up to you, but always be respectful.

Have you ever received one of those emails that are long enough to be considered a novel? As you read through them you feel like saying "Just get to the gosh darn point?" Well, the Spartan philosopher Chilon, who was one of the Seven Sages of Greece famously said that "less is more."

This was something that was built into the very core of Sparta. From the design and style of the buildings to clothing and even their diets. Today, "Spartans" remain known for their simplicity.

The "less is more" principle also governed the language of the Spartans, which took a minimalist approach to speech. The ideal was to speak only when one had something important to say and then only in sharp, short bursts.

Just to make their mark the words of the Spartans were as sharp as their spears This is great advice on how to respond to emails -write emails in a concise simple way that gets to the point.

# Rule 6: Write from habit, not feeling

For the Spartans, courage was the product of preparation and practice. They did not respect soldiers who fought in rage, believing such behavior was to hide one's fear and showed a lack of self-composure. Aim to embody the ethos of "the quiet professional" who simply sets out to do his job.

"Act like you've been there before." The courage of the Spartans was not born of feeling, but discipline"- Vince Lombardi

When you first see an email, open it with the intent to read it. If you're not going to have enough time to read don't open it! If you open an email and realise reading it will take longer than you anticipated simply mark it as unread.

As soon as you read an email ACT, apply the one-touch principle.

If nothing needs to be done and it is for information only - archive the email.

If you need to reply and can do it now: reply then archive or delete the email. If you don't reply you'll end up reading the email again later which is a duplication of work and a waste of your precious time.

If the reply will take a while and you can't do it right now: make replying to this email a task on your calendar, archive the email. The calendar process now kicks in and takes care of this task like all your other tasks and you'll even get a reminder!

Anytime you're checking your email set a time limit and aim to clear as much as possible, gamify the process. The only emails left in your inbox after time is up are the ones you haven't had time to read, yet.

Every email that needs your attention should have either been replied to or you have a plan to tackle, i.e., is a task scheduled on your calendar. If there's something you think of doing but cannot put on your calendar right that instance, email yourself as a reminder. Next time you check your email, it will get added to your calendar.

Full inboxes can feel overwhelming, but by following these simple rules you can reduce your stress levels and burst through those emails like the warrior you are.

Read next: 6 Ways to Find Inspiration – Get Inspired