by Sofie Roman 2 years ago in happiness
Report Story

Outside my Window lives my Imagination 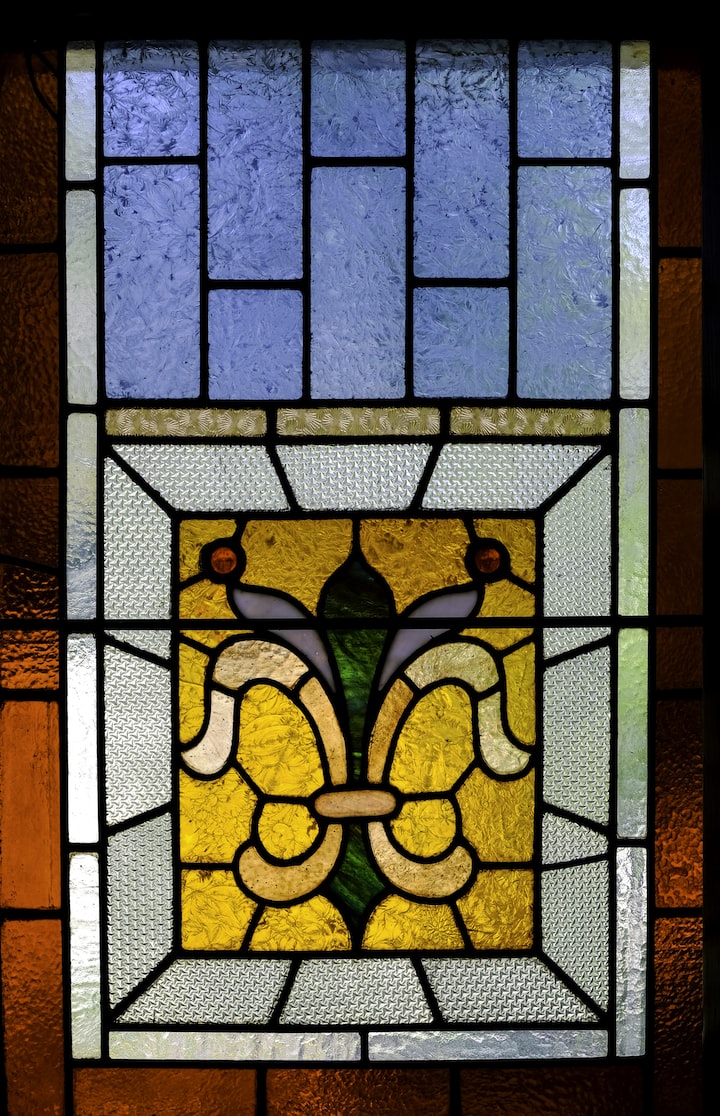 Photo by Logan Cameron on Unsplash

I came across a wood framed stained glass window at an online garage sale, when I did the porch pick up I noticed a dandelion in a crack of the walkway. I picked it and blew making a wish, smiling with a vision for my new find. As I reached down to pick up the window, from the opened door I hear a voice asking me not to blow any more weeds in their yard. Sorry!

I decided to jazz up my space by placing my new stained glass window on the window sill above my desk, it was a perfect fit even with the shutters closed. I was so excited to sit and look out my window and see how the light played on the walls of my room. The smooth glass was far different from the waved glass and a few pieces are beautifully shattered. The colors projected onto my walls were like a kaleidoscope changing with every position of the sun's light. How very inspiring.

Sitting at my window the soft wind is blowing the bucolic fields of purple and yellow. The blue of the sky is the perfect shade for the backdrop of the white billowy clouds. I can feel the sun warming my face, the aroma of wildflowers are enticing me to come dance. Hummingbirds are whizzing by, stopping for nectar from the red feeder. Squirrels are climbing and jumping in delight at the gifts of nuts and berries. Birds of many colors let out a morning song.

Sitting at my window I can hear the ocean exhaling her beautiful teal waves onto the land. I can see tall palm trees and its fronds flowing with the rhythm of the crashes with each landing. The frolicking sounds of dolphins and pelicans and seagulls dive for a herring ball. The salt air weaves itself into the grey skies as the welcomed rain starts to fall. Sounds of the boats blowing their horns as they enter and leave the docks, the bustling of fishermen working and travelers enjoying the town.

Sitting at my window I see the vastness of Redwood trees that call me into wonders I didn't see the day before. The tall ferns of green and the chartreuse ground covering dotted with little purple flowers. Trails that take you through blackberry bushes and pass-throughs made by others before me. An old railroad bridge with large gaps to see down into the clear river as you walk to the other side. A flowing river that ends at a small waterfall before she enters into the ocean. When I sit at my window at night, the sky is as black as I've ever seen and the stars light up so bright as to tell you, you are not alone. If you are quiet and still, the trees will whisper to you.

Sitting at my window I can see the cobblestone streets lined with painted buildings of different vivid colors. The fresh wash hanging out of windows while the fragrance of baking bread fills the air. Decorative pots and boxes are filled with amazing colors of blues, white, yellow, and purple flowers. The climbing bright Fushia colored bougainvillea is in full bloom. The sounds of horse hoofs on the cobblestone and children playing and laughing is so welcome today.

Sitting at my window I can see the snow falling gently. The sky is a periwinkle blue with a purple hue against the snow-capped mountains. I can see silhouettes of cows heading home for shelter. In the yard, the kids are building a snowman and making snow angels. Pop is getting the sleds ready for a fun-filled afternoon. I think I'll just make some hot cocoa with little marshmallows and enjoy from my window.

"Far away there in the sunshine are my highest aspirations. I may not reach them, but I can look up and see their beauty, believe in them, and follow where they lead." Louisa May Alcott

More stories from Sofie Roman and writers in Motivation and other communities.