by Skyler Saunders 2 years ago in happiness
Report Story

How can individualism save a life? 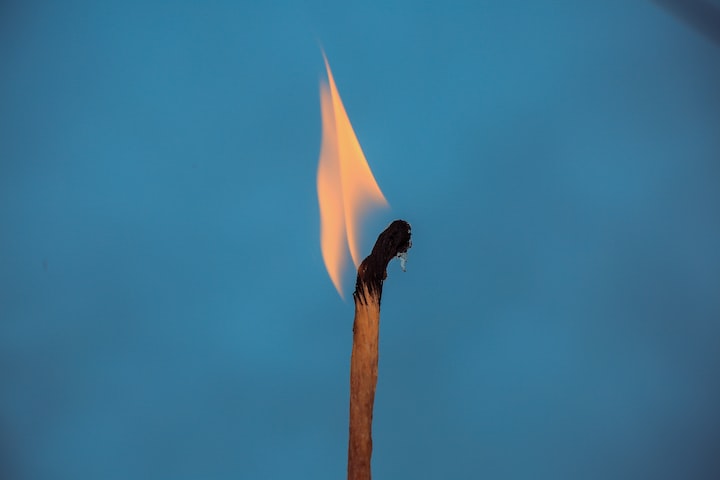 Photo by Gift Habeshaw on Unsplash

The power of the individual is like igniting a match. The single flame could light other matches but the start of it has to remain with the individual match. That is the inner glow of the individual. Each person, each human being is an end unto him or herself. This means that the individual cannot be disposed of in any manner based on the “needs” of others. I learned this fact thirteen years ago and still exhibit the promise.

This is a promise to myself to remain myself. I read books to kindle my inner glow. These books, these films, these articles, these podcasts make my day. They allow that glow to be warm and reassuring. I take seriously the idea that my life belongs to me. I know within my soul that that burning light just like the match, stays within me.

I choose to make a regimen of YouTube videos to aid me in my life. The fire has not been extinguished and it doesn’t look like it will ever be smothered. The videos start with The Yaron Brook Show and The Star Report. These men, Dr. Brook and Troi “Star” Torain, respectively, provide the fuel to spark the flame that illuminates this glowing sense of self.

Individualism is that inner glow that animates my ideas. Both of these men demonstrate the power, the might, and the will of the individual. I receive my inner glow by that fuel that these men provide. For instance, Dr. Brook time and again defends illegal immmigration (provided that an individual is screened for a criminal background and infectious disease) should be implemented across the board in America. He states that on the grounds of individualism.

Mr. Torain has a network that promotes the rights of the individual when it comes to informants providing information on murders of innocent, smart working aunts, brithers and sisters, uncles, cousins, sons and daughters and mothers and fathers.

It is with the sense of the individual that my glow exists. As staunch as I am in this regard, I must say that I did not always champion this ideal. In previous years before I saw the potential for the fire of individualism to ignite in my soul, I looked towards others as something placed in front of me. I considered other people to be the prime mover in my life and that I would have to engage with them with my sense of self in the dark, no flame.

With time, I learned more and more about the virtue of being an individualist. The glow slowly built into an inferno. That glow comes from my ability to recognize the fact that this is my life and it’s the only one that I have. I’ve got this body, this brain, my soul to control my own destiny and continue on with my pathway to happiness.

I am willing to live for that glow because it is part of the objective truth. Individualism states that the self is the only measure of what is actual, what is fact.

By choosing to be an individualist is key. Now, everyone is an individual. But very few people are individualists. The idealism of being an individual is lost on most of the populace. Most folks feel that placing other people above the self is the true sign of being human. I reject that. My glow is the burning sense of self that will remain with me always.

It’s only in the fact that individualism continues to course through my veins like packets of truth that I am even able to write this. My glow was not built up by committee and neither is this missive. This is a testament to the strength and glory that go along with the inner glow that I get from the media. I have been able to follow people like Don Watkins who delivers ways to improve speech, writing, and being persuasive. His fuel is like Dr. Brook’s and Mr. Torain’s in that it sustains me and makes me focus on that glow. The fiery, ferocious flame is like napalm that sticks to my soul and burns throughout. Mr. Watkins offers a podcast called Liberty Unlocked which drives me to think as individualistically as possible. I appreciate all of their efforts.

What ties all of this together is the fact that my glow is not wavering. Like a light burning a beam upon the American flag at night, that light of being an individual burns in me. It is a special kind of sense because everyone has it but the majority refuse to acknowledge it. For something to be so precious and wholesome why wouldn’t everyone want it?

It is because they lack the knowledge or know and refuse to think altogether. The latter is worse. The way that people go about their lives seems to be half in terror and half in bewilderment. Many people go around without their inner glow ignited. There is either a broken source, low fuel, or no way for the ignition to take place. People become set in their ways. Without that fire, without that inner glow they succumb to their own way of living that is false, tired, and snuffed out completely.

I reject all notions of allowing my glow to smolder. I have the fire that I need to continue to keep the fire burning. I am not afraid of the smart work that goes into this endeavor. I know that it may be long and arduous, but I am ready to do the work. I will ensure that that match in my spirit receives the proper oxygen to further my glow.

Concludingly, I recall the song by Drake and Kanye West aptly titled “Glow.” The song conveys the difference in the previous life where cars landed on tow trucks and the both of them “started at the bottom” and worked from the fries but now live “super-sized” lifestyles. At the end, the song transitions into a live Earth, Wind and Fire performance of “Devotion.”

Songs like this, whenever I feel doubtful or beleaguered, make that match burst into a mighty fire.

More stories from Skyler Saunders and writers in Motivation and other communities.