A Gateway Of Lemons

by Elan Viss 4 months ago in goals
Report Story

How it all started. 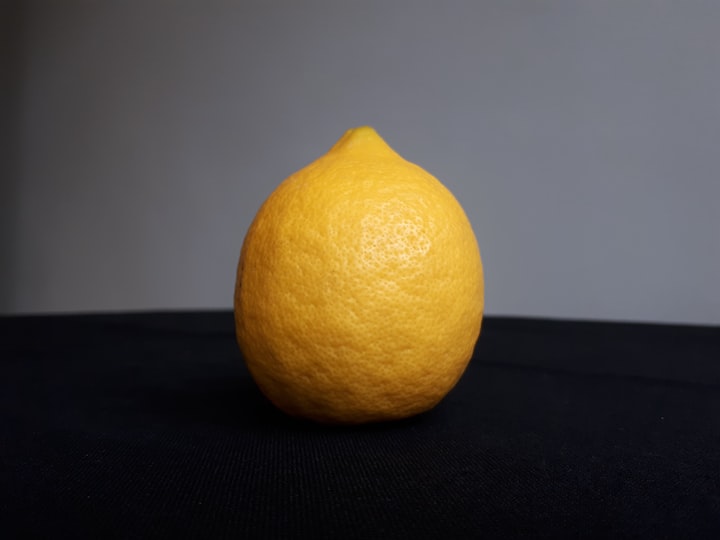 Photo by Tunç Budak on Unsplash

There was a whole bag of lemons to squeeze in the kitchen. Big yellow ones with pointy ends and thick skin. I think they were Lisbons, because they were certainly not Meyers. Their rind was hearty and fragrant and I didn’t know what to do with them. It’s a funny fruit in that you don’t ever really need them in kilogram quantities. One or two here and there for a drink or a recipe will suffice, but on this day I had kilos. The ones at the bottom of the bag started to grow a furry layer of blue-green fuzz during their time in ambient temperature. Penicillium mold of some kind. These were hard-earned lemons from a tree in my cousin’s back yard. He shared them with me as any good cousin would do when they’ve stumbled into a trove of fruit. It might have been currency a few hundred years ago in some barren, forlorn land. I couldn’t let these go to waste, so I woke up nice and early before the sun came up and brewed a strong batch of coffee. I started slicing them in half on a cutting board in the kitchen while my wife slept in the bedroom. I tried to be quiet, and figured that if I could just pull a few out at a time and get them in half, I could squeeze them with my hands and squish their insides with a lobed wooden mandrel that I found in the top drawer. That’s where we keep wierd kitchen utensils. Once I got the juice into a bowl, I would divvy the bowl into freezer bags and have lemon juice for the rest of my life and possibly part of my future kid’s lives.

My hands got sore from crushing those fruits over the bowl and I saw seeds falling in with the juice and ignored them. The acidic liquid burned the little winter cracks in my knuckles and the blisters that were still healing from work. I’d use a strainer to pour everything through and separate the unwanted particles from the liquid and it would all work out swimmingly. If I could just keep at it, maybe a few lemons every minute, I could get this bag down to the rotted ones at the bottom and then crinkle it all up and throw all of the frayed dripping fruit halves away. I’d be in business. Then I could drink the rest of the pot of coffee and make another pot for my wife when she wakes up. Then I’d wipe all the counters down to get the sticky off. When the water begins to evaporate from the juice, it leaves behind a miserable syrup. I could feel it between my fingers. Now the work is done, there’s no more rotting fruit smell, no more yellow treasures going to waste. Just fierce caffeine tremors and a gallon and a half of frozen juice ready for us and posterity.

But it occurred to me that night, a fleeting thought. I was having trouble thinking of something else worth waking up early for. The lemons were squeezed. That isn’t to say that there was no reason to wake up at all, I don’t mean that. I mean something to wake up early, specifically, unnecessarily early for. For too long I’d been someone who slept until the bitter end of an alarm chime, snoozing over and over in half-waking dreams until there were only 15 or 20 minutes of the morning left to get ready. That’s no way to live. I liked the feeling of being up before the sun, like I got to welcome it into my day instead of the usual arrangement where it pierced its first amber beams low through the window of my bedroom and lit up the blood in my closed eyelids in little neon red curtains and made me feel behind on the things that needed to be done. That had to change.

The first few times it was just a word processor document and an entry that read like a daily journal or a page torn from a diary. It described what the week felt like, peculiar observations, frustrations, weekend plans; words put together to make some sense of the world. Then it was plans for other things that ought to be written, but hadn’t yet been. Then it was a chapter from a book that I feared would never be written: a diner scene between a kid and his uncle who becomes his legal guardian after a turn of events found the boy’s father in prison. Then it was big list of other stuff that ought to be written. more fruit to slice and press into a bowl. Before long, this all became part of a routine that would prove itself priceless in daily practice. Everything in lists, waiting to be expanded upon and built into something meaningful, something sweet.

It’s just more lemons, more squeezing, more juice, more sting, more straining. The good stuff has to be separated from the seeds and the pulp, and everything needs to be cleaned up afterwards. It’s a silly thing, but how true it is.

Thank you for reading. If you like what you see, there is more just like it at glaringcontinuity.com

More stories from Elan Viss and writers in Motivation and other communities.