by Lucinet Luna 2 months ago in healing 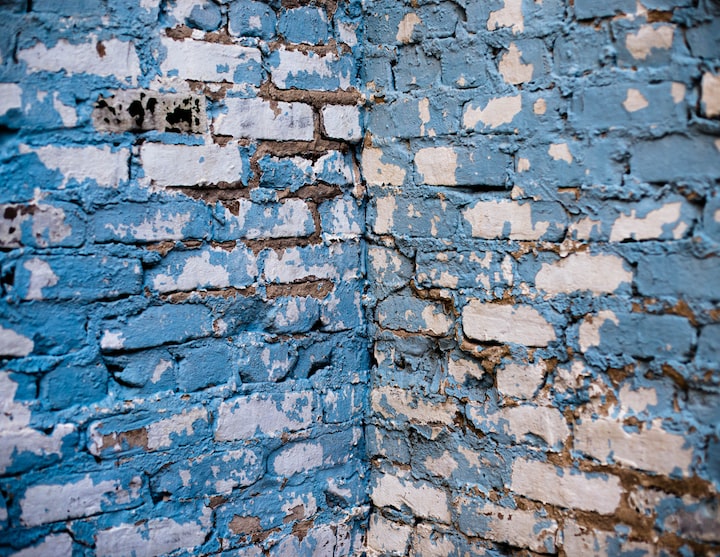 Photo by Jarrod Reed on Unsplash

I am one of six, the only girl with five brothers; 3 older, 2 younger; the princess you would call me, far from it.

Now I do not want my writing to come across as if I am bashing my mother, we have never been in a great stance, but we’ve have come far from where we used to be, and I am grateful; for me to deliver my story, through my own perspective I need to write on my perspective at the time, and at the time I was a child.

My mother was raised by a single mom mostly, dad was in war and often missing out on a lot of change; mom was one of eight, you can imagine how much attention, affection and time was given to everyone. My mother’s mother was raised in a house of many as well, so the cycle of not giving what might have not been given to you, was all that my mother knew when she had her own. My mother was young and naïve, she was young and gullible to the promises of men, my mother has always been “boy-crazy” this was felt by all six of us, I would say at different times but felt deeply.

Childhood was unfair, to say the least; we all learned to unravel in the middle of tragedy, we learned to be successful as we watched our horizons get smaller as our chauffeur led the way, a way neither of our young minds understood. I can only write about my perspective on their experiences but being a front seat witness to such a cruel hand of cards, is relatable to every single decision I have ever taken in my own life. I can only share how one fight shook me to the core, how I saw water be thicker than blood and how the same ‘almost’ gave us all a different alternative ending to our present relationship with each other and of course, with our mother.

Recently I realized that the reason I don’t have a relationship with my brothers is because in reality, we didn’t grow up together at all, and to throw more salt on the wound, I don’t think we even know how to relate to one another as family members; that sounds extreme, but we talk like strangers, and yes, we celebrate holidays together as adults, but we are still very much strangers in my mother’s living room. We each had our own path to the relationship we now have with our mother and with each other, it might had not been on purpose, but it was the cards we were dealt with; my older brother he had his own endurance when it came to navigating life, he was given a 360 in prison and sometimes I wonder if life had not played us what type of relationship we would have as adults.

The second oldest, completely vanished, he decided to settle on his own roots in Puerto Rico; building his empire on everything we were running from, he made his castle in the middle of a storm, much like a pirate he learned to go out on his own.

The third, failed to realize that his truth was more important than his conditional love for our mother, he struggled with being honest, but at the end of his 12-year-old marriage, he did not only hurt someone, but he also had to start over coming back to square one, at mom’s house. He reminds me of the saying “if you don’t do it right the first time, there will be a second time “ I am not saying that out of spite, I do not hate him, though I would gladly beat him up if given the chance to, just because I do not see how he still has balls to say anything about his ex-wife, when he failed to look at his own manhood in the mirror. The tension between myself and brother number 3, is more about karma, when I stood up to my mother about my sexuality, he trolled me all over Facebook, basically writing me bible verses and wishing all sorts of bad; to see how his tower moment came and I sat across the room from him waiting on a bible verse is more humorous than malice intentions. I will always be wishing well, however if the offer is ever on the table, I beat him for free.

Brother number five and brother six, they are both the nearest to my heart, I have a weird bond with brother five, is this unspoken knowing that we have each other’s backs, no matter what, he is the one I would call if I ever needed backup and without question, I know he would do whatever needs to be done. I think the bond was born the night we both fought strangers as he was taken out the door and I was held back in the living room hearing all sorts of reassuring promises from faces I never saw again.

Maybe it was born the day I saw them being cared for by a new family, the day I felt like an outcast rather than their sister, that day I smile in front of them but as soon as I sat in the car tears streamed down my face nonstop, just like that did I not have brothers anymore? Was I supposed to forget that I was one of five? I saw them once, in six months, calls, paperwork, my nanny did what she could, but the system had this idea of protection, and so my baby brother was not potty trained by his mom, we did not witness his first words, we did not even witness his first birthday, and so the bond him and I share is a protective one, I do for him what I would never do for a soul, other than my kids.

There are a lot of reasons why I feel how I feel about our government, our foster care system, and our communities, but the passion I feel was a fire that started when the system first failed my family.

My mother was tugged out of a car, slaughtered with a machete in front of a whole community and while she fought for her life people watched, I don’t blame them, I just wish that someone would have gathered enough strength to help her, to stop that monster from dragging her across the streets; the one thing I admire about my mom is her strength, the strength that it must of taken for her to fight more than 300 pounds of a man, for her to fight all the loss of blood, for her to fight in an operating room, the strength that she must of mastered to come back to her six kids, that is the core of the love I have for my mom, everything else in between is the residue of our souls.

Each of us was given a mirror, we each stared into it and decided how we wanted to look after destiny marked most of us pretty deep by the age of 12. All three of my older brothers have an amazing relationship with their father, amid the massacre gender was more important than protection, and so he the system decided to have them go with their father, but leave me with my nanny, which of course at the time she was closer to me than anyone but if I ever needed my sperm- donor it would have been then. He did not show up for me.

I called this one brother-ship because I honestly do not know if we ever had an actual relationship with one another, do I love them? Of course. Love for me is conditional, and that is a hard pill to swallow, after becoming a mom and struggling with learning unconditional love, I can say that there are only four human beings that I love unconditionally, myself, my dad and my kids; and I am ok with that sentiment, some might say that I should love unconditionally because that’s what real love is, some will agree with me, I don’t care, I know how much strength unconditional love requires, I know how much hurt, pain and sacrifice it demands and I will endure all the above for only four people, now three living. Does that mean I do not believe in love, I definitely do, what that means is that I know the limits of love, I’ve seen what the aftermath of loving someone could do, and I will never allow myself to pain someone for my own insecurities, that is the lifelong lesson massacre taught me.

I had a dream I was on the Ellen Show, next morning I started writing my book; a few stops and human disasters later I realized a book is cover to cover, I want to inspire minds, hearts and even genitalia.

See all posts by Lucinet Luna →