Yarn is My Zen

by Darcy A. S. Thornburg about a year ago in art
Report Story

Knitting, Crochet, and How I Relax 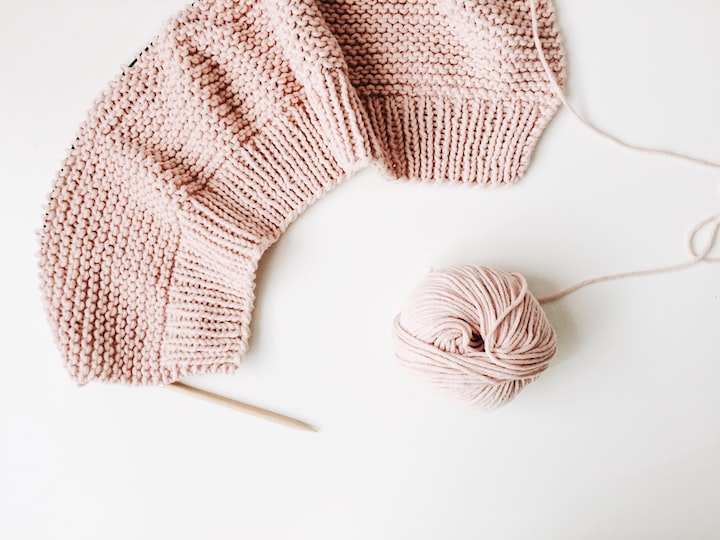 Photo by rocknwool on Unsplash

When I’m in the yarn-crafting zone, things don’t bother me as much. I still worry over things, but those worries don’t seem so bad when I have a project on my needles or hook.

My paternal grandmother taught me how to knit when I was about eight years old, but I never really did much with it until I was 27 or 28. I had a shift working security at a major U.S. international airport from 1:30 in the afternoon until 10:30 at night, and I was sitting at a stoplight on my way to work one late morning when I saw a craft store on the corner.

I decided that I would make a sweater for my younger sister, Anna, and I chose her two favorite colors, black and red, to make it. Weeks later, I pulled the finished product out of the dryer only to discover holes in the fabric in almost every place where I had woven in the ends of my yarn! Frantically, I called my grandma, and she showed me how to mend it. We even put a little frog patch over one of the worst holes up near the left shoulder. Anna loved it, and I was hooked.

Since then, I have made at least four more sweaters, about five pairs of socks, and a couple of shawls. I’ve got a shawl and two pairs of socks currently on needles, but I haven’t had the patience to work on them because the patterns are so intricate that I can’t just sit and watch TV or talk with friends/family while I knit them. Plus, the yarn is so thin and the needles so small for the socks that I have trouble with my hands cramping. I’ll finish them someday.

I’ve also picked up crochet, which my mom taught me when I was about the same age as I was when Grandma taught me to knit but had trouble understanding the patterns I had. I just could not figure out where the next stitch was supposed to go sometimes. That problem was fixed once I found YouTube crochet tutorials, especially Fiber Spider and Hooked by Robin.

My first major crochet project was a shawl in the “Virus Meets Granny” pattern. It wasn’t nice enough to give away, since I didn’t weave in ends very well (I didn’t yet know how to do it securely with crochet), so I use it to keep me warm while I’m working at my desk at home; the air vent is right next to me on the floor. Since finishing that, I’ve made a very large blanket for my dad’s 60th birthday as well as some other things. I’m currently working on a rug to go in my daughter’s bedroom using leftover partial skeins of yarn from the 10 years of projects I finished before starting the rug. I’m not using all of that yarn—there are some colors of which I have way too much left over—but what will be left is a lot less than what I started with, and I’ll give it to my daughter to play with. Eventually, I might get it back out of her yarn bag and make something small with it too, unless she is old enough to learn to crochet or knit before then.

A friend from my local crafting group showed me how to do Tunisian crochet too, and recommended TL Yarncrafts on YouTube for learning how to do it, and I’ve made a few small things with that. I’m currently working on an entrelac scarf using the Tunisian simple stitch. After I finish the rug, this will be my next project on the “finish asap” list.

I can’t knit or crochet as long or as often as I used to, both due to time constraints and to issues with my hands and arms such as possible carpel tunnel syndrome, but when I do, it helps me think of a time when folks could slow down at the end of the day and make things just for the joy of making them.

More stories from Darcy A. S. Thornburg and writers in Longevity and other communities.