by Mary McDonald 5 months ago in fact or fiction 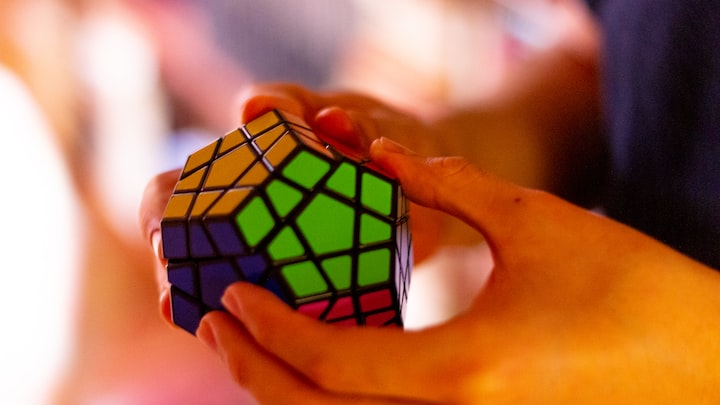 What does it mean to have an IQ? Well, IQ is intelligence quotient and is measured by a few specific intelligence tests. The most common tests that you may have heard of are the Stanford Binet and the WISC-R.

So, let’s talk about the numbers for a moment. If you receive a score between 90-110 then you would be considered to have average intelligence. It is possible to have an IQ that is above or below average. Most of the population has an average IQ, that’s why they call it average, because it applies to most of us. About 51% of us fall into this category. Then there are those who are above average or gifted or highly gifted and there are those fall in a below average category or have an intellectual disability.

You may be wondering, should you complete an IQ test offered on social media or the internet? Well, if you want to do it for fun then sure, but those are not real IQ tests so don’t put too much stock in the results.

There is an expectation that IQ scores will remain stable over your lifetime. If someone has a score of 100 at age 5, they will have a score of 100 at age 35 (give or take 5 points). What about all that learning that we do? Well, the IQ test doesn’t measure your learning over time it measures a level of intelligence as that typically stays the same over time.

So, is there ever a time when IQ might change? Maybe if you were John Travolta in Phenomenon? But in real life typically no, not unless there was some type of trauma and that would result in a lower IQ score. However, there is an exception that I wanted to share with you. I have actually seen IQ scores increase over someone’s lifetime.

I know many people with autism and I have determined a few things over the years that may lead to this misnomer. Often, people with autism do not do well on intelligence tests. Period. This may be because they have difficulty attending or may have interfering behavior and it can affect their test score. This may lead them to fall into a lower IQ score than expected and it may leave others expecting less from them.

I have actually observed a drastic change in IQ score in some children with autism. Now how can that be when IQ is meant to be stable over your lifetime? I have worked with students who had an IQ score in the intellectual disability range when they were first tested. Then years later after years of early intensive behavioral intervention (EIBI) I have seen IQ’s increase by 20, 30 or 40 or more points. I had a student Michael who I started working with when he was age 5 and who scored in an intellectual disability category. Then 3 years after intervention when he was retested he had an IQ in the average range. What does that mean and how can it be? It means that before the intervention Michael may not have been “testable” and once he had the intensive intervention, he was more capable of taking the test… so maybe the IQ didn’t actually change but we just had a more accurate score now. Maybe this child always had an average IQ we just weren’t able to see it.

Another interesting story is about a student I’ll call Rich. Rich was 12 years old and had a diagnosis of autism. He scored in the below average range of IQ but I felt that it was not an accurate portrayal of his intelligence. He was somewhat verbal but was definitely more advanced in his receptive, non-verbal skills. We decided to try to find his intelligence score in a different way. We used a non-verbal IQ test called the Leiter. This test measures IQ through a number of visual tasks but does not require verbal responses. This student scored in the gifted range on the Leiter. Did his IQ score change overnight or did this test tell us something different about his intelligence?

It is well known that IQ tests alone don’t mean much and looking at adaptive behavior is more important than looking at IQ scores, not just for people with autism, but for all of us, really. But yet, intelligence tests are still used regularly and therefore people with autism are still judged and categorized based on a number. So, if that is the case then I think it’s important that we at least are able to show their real intelligence so that people do not underestimate their abilities.

Professor, behavior analyst, writer, artist. Her doctorate is in behavioral psychology. She works with individuals with autism and their families.

See all posts by Mary McDonald →