...or why plotters and pantsers need to think about character first. 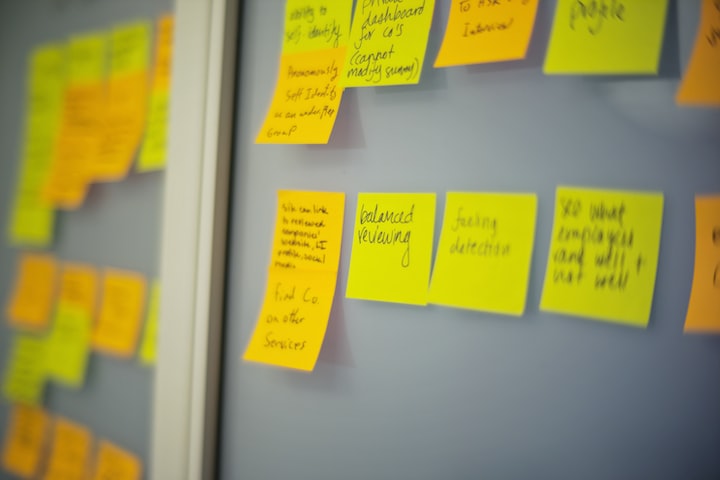 Photo by Will H McMahan on Unsplash

Let’s talk a little bit the plotters vs pantsers debate.

In case you’re unfamiliar the terms, this tongue-in-cheek theory goes that all fiction writers are divided into two camps: those who carefully plot out the major points of their story before committing to a draft, and those that write by the seat of their pants, i.e. pantsers. Personally, I’ve always preferred the more poetic quote from E.L. Doctorow that “Writing is like driving at night in the fog…,” but the internet slang-machine tends to prefer the portmanteau to poetry. And so here we are — stuck with “pantsers.”

Despite the memes, jokes, and downright tribal way that some writers identify with their chosen camp, I’m of the opinion that everyone is a mix of both. There has to be some level of making it up on the fly for everyone, because, let’s face it: if you’ve plotted out absolutely everything, then your novel is already finished. And even if you begin without a structured plot, you still probably have a sense of where you expect the story to end up, or at least where the next scene is going to go.

A more radical hot-take is that, unless you are following André Breton’s rules for automatic writing, composing a story by the seat of your pants is simply a bad idea. (See this excellent article on it.) Perhaps, as Stephen King argues, time spent plotting is time that you're not spending writing. But if you’re diving in without a roadmap, you’re simply going to spend more time deleting and re-writing. Being a pantser might get the words on the page, but your plot and your characters still need your consideration. Whether you do this before or after, it takes time.

Suffice to say that I’m a kind of rehabilitated pantser. I have approached most of my short-stories in the past without a real outline, but I’ve almost always had a sense of the direction I wanted the story to go. However, all of that changes when writing a novel. At least, it does for me.

Here is the thing I’ve realised today: How you’ve arrived at your story will determine how you approach the writing of it.

In my first attempt at my thesis novel, I had two strong characters. I knew exactly who they were and I knew how their relationship worked. I knew what drew them together and would inevitably doom them. Writing by the seat of my pants at times worked with this format, because my characters would behave in ways that worked for them and sometimes take me in directions I didn’t plan for — but not in directions that didn’t make sense. At times, when I was stuck for what I would do, I simply kept writing, and the problems would work themselves out. While I was writing under the tutelage of the wonderful Ian Williams, he would call this “trusting in the process” — the idea that the act of writing itself brings ideas into the light and solves problems for you. The novel still suffered from terrible structural confusion precisely because I’d started writing without an outline, and so it has gone on hiatus. But at least it taught me that the process of writing about established characters can guide one in lieu of an outline.

Enter the new and simpler novel idea — or so I’d hoped.

The novel I have just begun to work on falls quite strongly into the realm of speculative fiction, and it started with a concept rather than a character. I had an interesting “what if” idea I wanted to explore, regarding food and scarcity and climate-change, and I started to hash this out in terms of a device and plot. Then I plugged in a character and started to write. It was all fully outlined. Full steam ahead, right?

The problem is that without really understanding my character, it was nearly impossible for me to get beyond the first couple of scenes. I had come at this story backwards, in a sense. It felt empty without a character who was deeply affected by the experience. If I started making up random details to fill in her past, it was going to read like the worst kind of pulp.

I’ve now spent days digging into the story and the concept in order to ask myself what kind of person would best benefit from this situation. Who would be most profoundly affected by it? What would lead them to it? I’m closer than I was. Close enough to resume writing, and hope that further insights will arise as I go.

How do you do this? I think the process is probably different for everyone. I start by taking a long aimless walk, and I concentrate on the character — asking myself the questions from above, and imaginig formative moments in their past that built them into who they are. But just walking and thinking is not enough, because it is easy to feel you've had a breakthrough, and then forget what it was by the next day.

My go-to for really digging in is flow-of-consciousness note-writing. I write down the ideas as they come, I don’t revise, I simply let the arguments form themselves on the page as I'm thinking about them. (It helps that I'm a very fast typist.) When I think I’ve reached a breakthrough, I start a new page and write down the idea, then dig some more.

There is an element of genre-fiction vs literary fiction here. The best fiction of any kind is a narrative that is strong in both plot and character, and the two should work together coherently. They must be so closely linked that the reader feels there is no other way this story could have progressed; it all feels inevitable. But the truth is that a lot of genre-fiction is plot-heavy, and characters end up little more than filler that drives the plot forward. I might even argue that sometimes literary fiction can be too much the opposite — leading to that feeling that the novel is long and meandering. It may be deeply exploring key themes all the way through, but that can still end up feeling like it’s going nowhere.

For me, starting with a concept and plot felt like coming at the story backward, or at least backward to what I’ve done in the past. Still, the process has been illuminating. I understand now that the real psychological meat of this story is in my character’s past, and that the novel will need to delve deeply into that. And writing her past, in itself, requires a whole new plot.

So, put plainly: strong characters can (to a degree) lead you toward a plot, but a plot outline will never guide you toward a character. Whether you are a member of House Plotter or House Pantser, building your character is work you have to do on your own. ◼︎

Thanks for reading this entirely self-indulgent piece of unsolicited writing advice. If you want to support me in this whirlwind journey, help fund a fresh work of speculative literary-fiction, support future articles, or just make me feel loved, you can imagine this is YouTube and "Like and Subscribe!" If you feel like proving just how awesome you really are, you can always tip or even ... pledge!