... or why it isn't enough for your character to be a victim 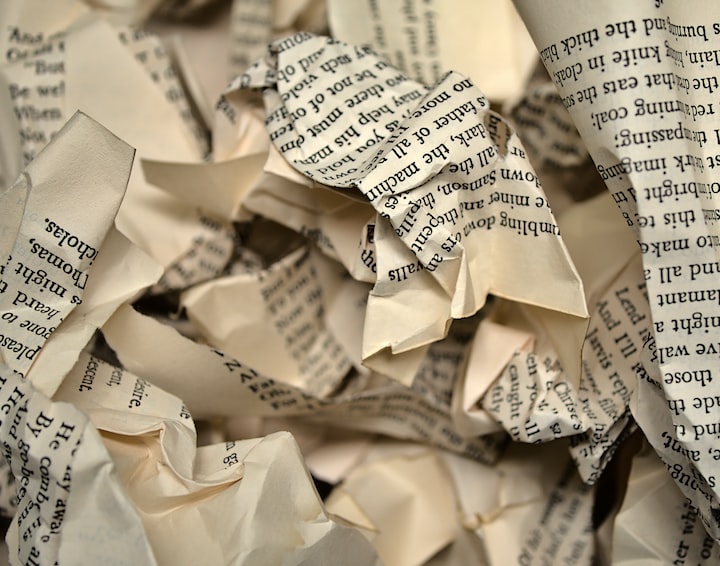 A few years ago, I made the dubious decision to pursue my master’s degree in creative writing. I got into a respected program, completed my classes and produced a number of short stories, poems and stage-plays. All that was left was to write a novel, which would serve as my thesis.

I am still writing it.

In this series (if it becomes a series), I will write about a few things that I have learned through the process of working on the rough draft and later-edits of my first novel. I cannot promise they will be surprising or in any kind of particular order. I can promise they will be something beyond the usual beginner advice like “show, don't tell,” and “start with an inciting incident.”

“But, Owen, shouldn’t you be working on your novel instead of writing this article?” I hear you ask.

Yes. Yes, I definitely should be.

Here is the brief story of how it has been going so far.

I started my thesis project with a very particular idea — a novel set in Japan. I lived in Tokyo for fifteen years before moving to Hong Kong, then ultimately the U.K., and Japan is as much a home to me as any other country. More, if I'm being honest. I still miss it deeply. I miss my friends and chosen family there. And when the time came to begin my thesis, I felt that, even though this was not the novel I wanted to tackle at this point in my life, Japan itself was still fresh in my head. I believed that it would be best to write about it sooner rather than later, when the immediacy of living there had faded.

The Tokyo story had two perspectives and was set in the 1950s and '60s, making it not only a complex novel to write, but a period piece as well. It started as a short story, and I had been planning to expand it for many years. As a result, it has been through many changes in form and content, and was probably the worst possible choice for a first novel. During my thesis writing, I hit a point where it simply stalled.

This was not because of so-called writer's block. Not because I didn’t know where it was going. It stalled because it had become too complicated, too unwieldy. The story was sagging under its own weight. One day, after staring at the same page for the umpteenth time, I knew that it wasn’t ready to be written. Far from being undeveloped, it was overdeveloped. It had too many themes. Too many ideas that I had accumulated over years of thinking about it. For a decade, I had kept notes on this story-idea and plugged in every related notion that I'd run across. I quite literally had (and have!) enough notes to be a book themselves — 80,000 words of notes, ideas, character write-ups, and stream-of-consciousness rants. The story had become a kind of preposterous Frankenstein text of overlapping and competing ideas. A tale of everything. It needed to be cut down and streamlined before I could ever write it.

To the dismay of my thesis supervisor, I gave up and turned to a second, much newer, much simpler idea, which is the novel I'm working on now.

Essentially, I am now on an extension of my degree, starting a new novel, and my thesis needed to be completed yesterday. Such is my life.

Now for the lesson:

Before my work on the new story began, my thesis supervisor — a well-established and award-winning novelist — made one remark on the Tokyo chapters I had already sent her. It was a remark I couldn’t shake. My story had two protagonists who shared the story between them — a man and a woman, and my supervisor told me that my female lead didn’t feel as solid as my male lead. This disturbed me a great deal because I’ve always believed myself to be someone who wrote strong write female characters. And doubly so, because the protagonist for my new story is also a woman.

Now, after much paranoia, I realised that she wasn’t telling me I shouldn’t write female characters, or even that I wasn’t capable of it. She was simply stating what she could see from what she had read so far. That my female protagonist didn't feel as fully fleshed-out as her counterpart. And the worst part was, I could see what she was seeing. Still, I wasn't sure why it was happening.

Then, partway through my second attempt, I found myself feeling that my second female protagonist might also be lacking something. And that led to some soul-searching. Was I garbage?

However, I was also well aware of the relationships between these women and the men (and other women) in their lives, and the ways in which they have been ignored, harmed or abused because of their gender. And understanding all this is well and good. However, trauma should not be mistaken for personality. I think, with both of my protagonists, I had been defining who they were based largely on hurt and trauma. But a person is not the sum of their trauma. Trauma will affect them. It will make them make decisions they might not otherwise make. It will drive them forward. It will twist their thinking. But trauma is a crack in the vessel of a person’s being, not the substance of it. And looking at these two protagonists now, the old and the new, I can see that I’d been looking so close at the cracks that I wasn’t writing the vessel. Not fully.

Is this because these characters are female? Not entirely. In the Tokyo story, my female protagonist was originally a supporting role that was pulled in as a co-protagonist in later revisions. She is not fleshed out quite as much as the original male protagonist because I haven't been "with" her as long. Nor is she some clichéd yin to my other character’s yang. The themes in the story are about the modern versus the emerging postmodern, and the idea of culture and what it becomes when it is splintered or complex. My Tokyo protagonists are played against one another, not to highlight tired ideas about masculine and feminine, but because they come together as childhood friends and then later as lovers. This first story is on the back-burner until this interminable thesis is complete, and I believe it will not be a terribly difficult process to repair these issues in later drafts.

As for my second story, my protagonist is, in some ways, almost utterly alone in the story. She is physically and emotionally isolated. She has been through multiple traumas and disasters and is a broken person when the story begins. This would have been true even if she had been a man, except that some of those traumas are specifically tied into her gender. It is likely that even if I had written this story with a male lead, he might still have been defined by his trauma at this early stage in the project.

Still, this is what I have learned today — don’t define your characters by what has broken them. Define who they would be without their trauma, then consider who they are because of their trauma. Don’t lose sight of the whole person. It seems simple, and it is. But it is an easy thing to lose track of when you are dealing with characters who have been through trauma and loss and are deeply affected by it.

And when it comes to gender, it is also always worth asking yourself how you are approaching writing the Other. It is an issue that is discussed again and again in almost every writing programme, and I think it pays to become sensitive to it, even if you are confident in your own abilities. Do I have a tendency to write female characters based on what has affected them rather than what they have accomplished and lived? I don't believe so, but I do think it's worth asking myself and keeping a critical eye on it. After all, there is little point in simply castigating yourself for being a bad person should you find yourself tripping up; that won't improve your work. It's more important to keep asking the questions, being honest with yourself, and making the changes you need to make. Learn from them and do better.

Thanks for reading this entirely self-indulgent piece of unsolicited writing advice. If you want to support me in this (hopefully) whirlwind journey, help fund a fresh work of speculative literary-fiction, support future articles, or just make me feel loved, you can do any of the great things that YouTubers are always asking you to do: Like. Subscribe. Tip. Or even Pledge. Okay ... the YouTubers never ask for those last two. That's just me.