The WFH Series: The Implications of the Looming Demise of the “Commuter Industrial Complex”

by David Wyld 2 months ago in economy

The Rise of Remote Work Has Very Serious Economic, Political, and Cultural Implications That Warrant Consideration by Companies Today 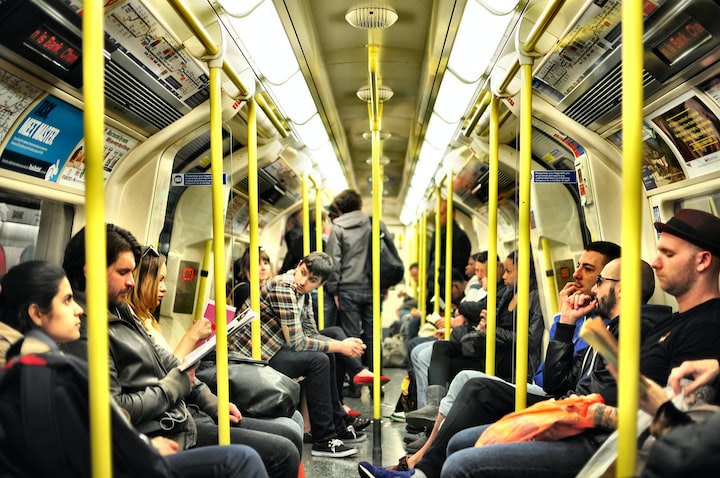 In some ways, the consequences of the increases to come in remote working and hybrid work arrangements on a more permanent basis read almost like the children’s favorite, If You Give a Mouse a Cookie. That is because if less workers are working regularly in offices, then organizations - the government included - will need less office space. And if there is less demand for office space, rents will go down. And if rents go down, that is good news for the renting organization (including the government), because they will be spending less on offices - with rent really only being the starting point of these expenditures (including utilities, maintenance, insurance, etc.). However, all of this is bad news - very bad news - for owners of the office space, who will see less revenue and more vacancies. And with less revenue and more vacancies, the value of the buildings holding the office space will go down. And if the value of the commercial buildings goes down, then the local governments who depend on property taxes will see less revenue. And with counties and cities seeing less revenue from property taxes, they will have to either raise taxes elsewhere or cut services to citizens.

There is indeed then a “commuter industrial complex” that has developed over the decades that works in much the same way, with many other businesses, individuals, and yes, local governments being dependent on a simple idea. This is the notion that for most of us, “to work,” up until now, meant dutifully commuting from our home to a worksite. For tens of millions of “essential” workers, employed in everything from health care to retail and distribution to construction and transportation and distribution, that commute will remain in place. However, for tens of millions more Americans, the opportunity to work in a hybrid or remote environment means a vast disruption to this commuting industrial complex.

And so again, following the children’s book analogy, one can quickly see the “ripple effects” that will occur when millions of office workers shift more of their work to the at-home environment, even if the out-of-office time is just 1, 2, or 3 days a week. When workers commute less, that means less driving and less use of public transportation. This leads to less demand for everything from gas, to rail tickets and bus fares, and yes, for McDonald’s breakfasts! And in the retail areas that particularly depend on foot traffic from nearby offices to generate business, this will mean less sales of everything from food to services, meaning less revenue and less employment for these commuting-dependent establishments, many of which will be small businesses. In time, the decreased levels of commuter-driven revenue and employment will mean lower levels of sales taxes for local communities, which, you guessed it, will lead to local and state government leaders having to make tough choices regarding citizen services.

And so in the end, there are very serious public policy issues that are generated by the shift to increased levels of remote working, and when the government is the employer, these issues are only magnified (more on that in a minute). The whole notion of WFH and remote working is certainly a “green” move that will lessen both fossil fuel consumption and harmful emissions. Indeed, initial findings from major companies has shown that working from home - even part of the time - dramatically lowers employee driving/commuting and thus lowers an organization’s carbon footprint However, the overall societal impact is a more complex equation, simply due to the fact that there are so very many aspects of our daily lives - and throughout our economy - that are based on the premise of most of us commuting to and from an office or other work site in order to engage in our “work.” The “net” result of increased levels of remote working is not nearly as “clean” an outcome then as most members of the public would anticipate it to be. Thus, moving forward, the decisions that all organizations make - both in the private and the public sectors - in regards to shifting large percentages of their workforces to hybrid and remote working arrangements will have to be studied for their overall impact ecologically, economically, and societally in the years ahead. And yes, this should prove to be a very active and very closely watched area of research across many different fields, from marketing to economics to urban planning to public administration and more.

Lastly, when government agencies are the actor making decisions in regards to shifting the work of agencies to hybrid and/or remote working arrangements, these decisions really have even a more direct impact on people and communities than do those in the private sector. In other words, a government agency shifting to more remote work might have an even greater impact on their local communities than almost any private sector employer could. One can only imagine the impact that moving increasing percentages of federal workers to remote work arrangements would have on the Washington, DC area, and likewise, how state capitols (like the Baton Rouge area in this author’s home state) would fare if large amounts of state government employees entered into significant - and permanent - remote and/or hybrid work arrangements. The impact would be significant economically as much of the commuter-driven economy in such areas would face an unwinding, and the ripple effects of such government agency decisions would impact everything from local and regional real estate markets (both commercial and residential) to local and state government revenues.

And so there needs to be a holistic approach taken by government agency leaders in making decisions regarding work arrangements, for while there can and likely will be significant gains to be had from shifting work arrangements to hybrid and remote statuses for agency employees and for the agency overall, the ripple effects of doing so can - and likely will - be important considerations that need to be taken into account for the “greater good.” However, on the flip side, moving increasing numbers of public sector jobs away from government centers, like the Washington, DC area and state capitals, can be seen as a positive policy move, even if it has negative impacts on those more government-dependent areas. By diffusing government work - and workers - into different areas, the economic and social impact of those workers - and their incomes - can be spread across wider areas. Once again, this will be an area ripe for research to investigate the causal factors behind and outcomes generated by such decisions, both for individual government agencies and across levels of the American public sector.

Finally, in like fashion, much of the necessity for business travel has been done away with over the past year or more, as the experience of the COVID-19 pandemic has shown us that perhaps while not optimal, the need for in-person business meetings - and yes, conferences and conventions - is simply not there as much today as it was prior to March 2020.

Again, Zoom and other online meeting technologies are an “imperfect substitute” for seeing one another in person, whether in a one-one-one meeting or in a one-to-many environment (such as a conference presentation or even a networking event). However, in the wake of having had to conduct “business” mostly without much of the routine “business travel” that was done prior to the pandemic, one can easily see how the practices that we formerly accepted as just de rigueur - i.e. taking two days of flying out and back to conduct a one-hour in-person meeting or going to conferences in person - will change going forward. More and more meetings will be held virtually whenever possible, with distance meetings - especially those at a great distance and/or involve much more “travel intensity” in terms of time, money, and effort - becoming much more the norm in such instances. Further, while in-person conferences, conventions, and trade shows will indeed rebound in the post-pandemic period, the operative - and huge - question will be to what extent will they reach pre-pandemic attendance and interest levels.

Going forward, one can see clearly that almost all such events will have to offer a virtual attendance option along with the “normal” way of physically attending. However, this will mean that sponsors and exhibitors will likely see diminishing returns from their investments in such events, which could lead to real changes in how such gatherings will be conducted in the future. Of course, this does not bode well for industries such as the airlines, convention centers, hotels, and restaurants and the employees working in these sectors, as diminished willingness to travel and participate in such events - both on the organizational and individual levels - will directly impact revenue - and jobs - in these areas. So, while decreased business and convention/conference travel will have positive effects from an environmental perspective in lowering greenhouse gas emissions associated with travel, whether by trains, planes, or automobiles, the “net” societal impact of this shift is less clear due to the economic impact this will have.

Again, this is an area that will be of keen interest to all corporate and public sector executives alike as we go through what will surely be a “reset” in terms of the norms of job-related travel, and specifically, those in the hospitality and convention business will be looking closely at the metrics and trends in this area. Likewise, this is a significant area of concern for local and state governments, as taxes - and more importantly, the existence of jobs and entire sectors of the economy that are dependent on travel - are at risk given these trends. And for the author, speaking as a citizen of Louisiana living just outside New Orleans, which is, of course, one of the prime destinations for conference and convention travel, business and civic leaders in our area - and other similar “destination” cities (like Orlando, Las Vegas, and other top convention sites) - will be keenly interested in how the “new normal” for the “meetings industry” will develop over the next few years and the impact of such on our local economy and businesses. This again is an area that is ripe for continuing research and monitoring for the economic and public policy implications raised by the likely permanent level of decline in business travel induced by the pandemic.

Receive stories by David Wyld in your feed
David Wyld
Read next: I Don't Like My Job: What To Do?