Scenius: why creatives are stronger together

by Sheryl Garratt 3 months ago in pop culture
Report Story

The myth of the lone genius is a dangerous one. If you want to grow as a creative, find a scene. Or make one. 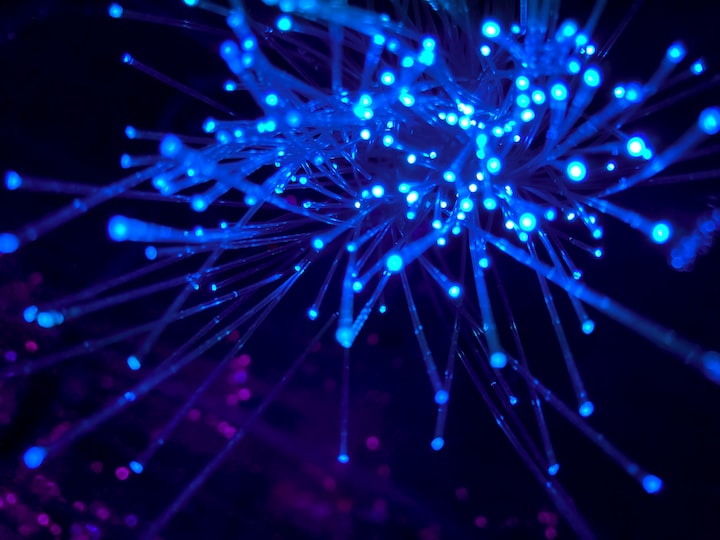 Photo by JJ Ying on Unsplash

The myth of the solitary creative

For most of human existence, we needed a tribe to survive. If you were cast out, it meant almost certain death. Which is why we still feel an almost primal sense of panic and unease, if we feel disliked or left out.

Now that we’re no longer prey to wild beasts and most of us buy our food from supermarkets instead of hunting it in teams or growing it as a community, we can get by alone. But it’s lonely, and it’s hard.

We can survive. But to truly thrive, we need connection. We need each other.

Don’t trust the stories you think you know

History tends to get written in terms of ‘great men’. We focus on genius figures who make great leaps in human understanding, often portraying them as toiling alone and misunderstood.

There is a persuasive myth of the lone genius writing in a garret, painting alone in a field, running experiments in isolation, leaping out of the bath-tub and yelling “Eureka!”

But dig deeper, and you’ll find that’s rarely true. Most new movements and leaps forward in culture usually come from groups of creatives encouraging each other; competing with and arguing with each other; reacting for or against each others’ work.

The tortured artist is a seductive idea

Vincent Van Gogh is perhaps now the archetype of the misunderstood artist, working alone and unappreciated. In fact, he had constant financial and emotional support from his brother Theo, a successful art dealer. And he was embraced by the Impressionists as one of their own, his work appearing in their then-controversial exhibitions. (He in turn connected them to Theo, who helped them sell their works.)

Vincent died at the age of 37, his brother only a few years after. But in his book Real Artists Don’t Starve, Jeff Goins points out that Theo’s wife Johanna was then left with a house full of Vincent’s work, And the art world connections to sell them. Would we know about Van Gogh now without that network?

Brian Eno is a musician and producer who launched his career in Roxy Music, invented a whole genre of ambient electronic music, then went on to produce artists like U2 and Coldplay. A product of the innovative British art school scene in the late 60s/early 70s, Eno coined a new word to describe creatives working together to form a scene.

“Like all art students, I was encouraged to believe that there were a few great figures like Picasso and Kandinsky, Rembrandt and Giotto and so on who sort-of appeared out of nowhere and produced artistic revolution,” he explains.

“As I looked at art more and more, I discovered that that wasn’t really a true picture. What really happened was that there were sometimes very fertile scenes involving lots and lots of people – some of them artists, some of them collectors, some of them curators, thinkers, theorists, people who were fashionable and knew what the hip things were – all sorts of people who created a kind of ecology of talent. And out of that ecology arose some wonderful work.

“So I came up with this word ‘scenius’ – the intelligence of a whole operation or group of people. I think that’s a more useful way to think about culture. Let’s forget the idea of ‘genius’ for a little while, let’s think about the whole ecology of ideas that give rise to good new thoughts and good new work.”

Amplifying on this later in Wired magazine, Kevin Kelly suggests that scenius emerges with at least some of the following:

In her memoir Just Kids, Patti Smith writes brilliantly of her friendship with artist Robert Mapplethorpe. She describes how they both came of age as creatives in late 70s New York, mixing with poets, authors, artists, musicians and playwrights in a fertile scene centred around the Chelsea Hotel. Both were shaped by this scenius. Smith started setting her poetry to music for live readings, and almost by accident became a rock star.

When the Sex Pistols played at the Free Trade Hall in Manchester, they unwittingly triggered a scene that spawned bands like Buzzcocks, Magazine and Joy Division. That in turn exploded into the 1990 Madchester scene, then gave birth to Oasis. All with a supporting cast of brilliant graphic designers, DJs, club promoters, venues, record stores, indie labels, studios, writers, fashion brands, blaggers, drug dealers, dancers. And Tony Wilson playing the role of ringmaster.

I grew up in the middle of another cultural flashpoint. In the late 70s/early 80s, my home city of Birmingham was home to a fertile music scene that included the Au Pairs, The Beat, Dexy’s Midnight Runners, Steel Pulse and UB40. The Specials, The Selector and the 2 Tone label were just down the road in Coventry, and part of our network. Then bands like Duran Duran reacted against what they saw as our earnestness.

There was also a support system of veteran Jamaican musicians promoting gigs, teaching music, and sharing their experience of building small record labels. There were reggae sound systems with connections across the UK. And an active branch of Rock Against Racism promoting gigs and events, and building links with like-minded bands from Leeds and London.

There was an edgy clothes market which forged connections with emerging fashion designers in London’s Kensington Market. Local papers and fanzines publicised the scene, and community arts organisations offered their facilities to make gig posters and fanzines. Everyone pitched in and did what they could.

For me, that was writing. I doubt I’d have broken into the London media without the momentum and support the Birmingham scenius gave me.

And smart, ambitious young creatives are attracted by vibrant scenes, making them even bigger. Silicon Valley gave us the personal computer and the tech giants of today; but tomorrow’s innovations are far more likely to come from Austin, Texas. Property is cheaper there (though it’s rising fast). There’s a lively music and bar scene, and the annual South By South-West festival. And its hip vibe is suddenly attracting the brightest tech graduates from all over the world.

Artists gather in clusters. Paris in the 1920s, New York in the early 60s, East London in the 90s, Berlin after that. In the 2020s, it seems to be moving out of big cities – a process hastened by the pandemic. Artists are moving out to smaller towns and communities, where living costs are lower. And forming new supportive cultural hubs in British towns such as Dundee, Hastings and Margate.

If you can’t uproot and move where the action is, create community around you – online or off. Seek out like-minded souls. Encourage other creatives. Reach out, and find your tribe.

Musician/performer Amanda Palmer is a shining example of what can happen if you communicate directly with your fans and ask for help. She famously crowd-funded the recording of her 2012 album Theatre Is Evil on Kickstarter, raising over $1 million.

See her brilliant TED talk, read her book The Art of Asking. Or just check out her Patreon page to find out more. She offers all kinds of content, special access at concerts. She even records songs especially for her patrons, asking them to vote on what they want to hear.

We all need companions, on the creative journey

Friends. Family. Colleagues. Peers. Mentors. And a network, to amplify our work. If you’re feeling alone, go find them! We’re better together.

I run regular ten-week coaching programmes for small groups of creatives, in which you get my support as a coach but also the wisdom and support of up to 12 experienced creatives from different fields. The next one starts on 26 April 2022 at 7.30pm UK time, and meets online. More details here.

Sheryl Garratt is a former editor of The Face and Observer magazines, and has written professionally for more than 30 years. She is also a coach working with creatives of all kinds. Find her at thecreativelife.net

More stories from Sheryl Garratt and writers in Journal and other communities.