Despite Crimes of the Past 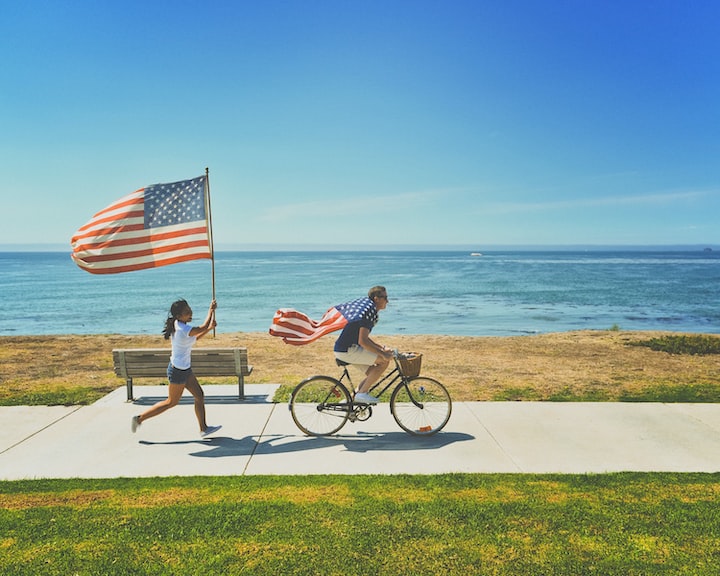 Photo by frank mckenna on Unsplash

Nationalism in the United States began in the late 18th century, meaning it was likely sometime around the signing of the Declaration of Independence on July 4th, 1776. The thirteen colonies, that were a part of England when King George III reigned, were at war with England since 1775. With the promise of independence, Americans became proud of being American for the first time. They no longer identified as Marylanders, South Carolinians, New Englanders, or any of the other colonies. They were one, banded together for the struggle for religious freedom, not being taxed excessively, and being able to make life their own.

In present-day America, these are ideals that we are still proud of and should be. However, many Americans struggle to come to terms with the many crimes that have been committed by our government. Slavery against Africans and the horrible treatment of immigrant groups, including laws that were used to keep them excluded from society. Also, the unjust wars waged against the Philippines, Spanish, Mexico, and Panama, along with many other wars and tactics used for territorial expansion.

As I learn more about American history, I am both fascinated and troubled by our country’s past crimes. Popular heroes like George Washington, Abraham Lincoln, Ulysses S. Grant, Martin Luther King Jr., Theodore Roosevelt, Franklin D. Roosevelt, Andrew Jackson, and Woodrow Wilson are not spotless. Washington owned slaves. Lincoln simply wanted to preserve the Union. Grant was an alcoholic and a part of the failure that was Reconstruction. MLK was unfaithful to his wife. FDR liked what Hitler was doing in Germany with the Nazi Party. Jackson illegally removed Native Americans from their territory. Wilson was a known racist as he showed the film The Birth of a Nation to his staff. These historical characters did not live in a vacuum where they were either bad or good. They were complicated, messy, and selfish.

Unfortunately, history is written by the victors. And that usually means writing it from the victor’s point of view. Therefore, other countries and characters may be demonized. One country will be viewed as good, while the opposite country will be viewed as evil. Wars are always viewed as efforts by the good country to overcome the efforts of an evil country. A country’s heroes are often held in high esteem despite what they may have done. This can lead to deceiving arguments such as, “Why was the Civil War started. Was it states rights or slavery?”

This is a refusal to look at ourselves in a truthful way. As Americans, we hide our shameful past by acting like events never occurred. Black people are told to get over slavery, immigrants are told to go back to their own country if they do not speak English, and people are told to stop talking about and teaching history. All a refusal to talk and teach does is lead to denial. And denial is exactly why we are where we are. Angry, divided, and cynical.

The best way to move forward is to acknowledge our past and forgive our forefathers for what they did. As a lover of history, I love to watch documentaries and read literature about American history. I enjoy learning about the actions of important figures like Thomas Jefferson, James Madison, and the many others who have developed our country. They made us who we are today, but that does not mean they are spotless and without any wrongdoing. I can grasp that they were complex, messy, and complicated characters. It is a part of life and that is okay. I too can accept that some people will be angry and may never forgive. Though horrible things were done to people in this country in the name of religion and nationalism, what was done has to be reconciled and forgiven. Only after that, can we move forward and heal.

More stories from Justin Higgins and writers in Journal and other communities.