How NOT to Use SEO Keywords 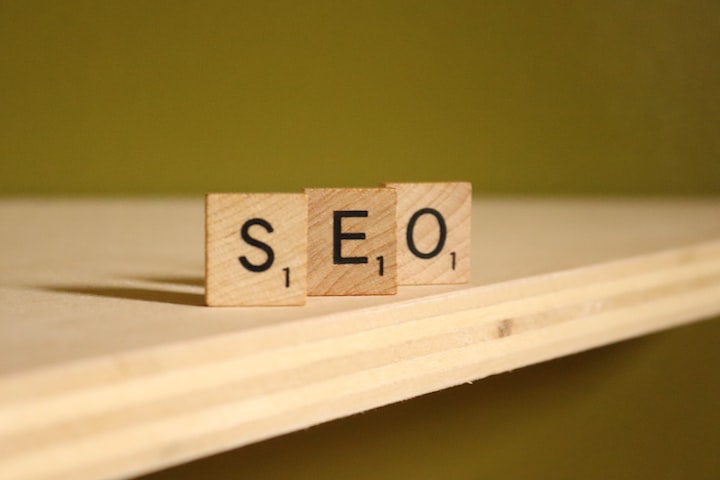 Photo by NisonCo PR and SEO on Unsplash

My stats needed a bump. I needed a breakout piece of work.

I could have worked on my actual writing, but that seemed too laborious, requiring effort and reflection — who in their right mind would choose to do those things?

Why not just exploit the world of SEO? Yeah, much easier. That’ll work.

Once more I would write about depression. But this time I wouldn’t try to eloquently capture my experience to foster a greater understanding of this misunderstood ailment. I’d just fill my article with keywords so it ranked higher in Google searches.

Who cared if it made sense? It’d be SEO-friendly and that’s all that counts.

The great thing is that I didn’t even need to do any research. I installed a programme that harvested all the information for me. It literally gave me all the keywords related to my topic of choice.

Why hadn’t I done this before? This was easy!

Right, first up was the most popular term people searched for: ‘The symptoms of depression.’ Wow, that’s a freebie. Even better, I also had the keywords: One leapt out straight away, ‘Sadness.’

Via a complex creative process that I won’t explain as you probably do not have the capacity to understand it, I tried to find a sophisticated way of linking the two elements.

After a whole 5 seconds of careful thought, I wrote;

‘The main symptom of depression is being sad.’

However, I’m a writer, goddammit! A writer! I needed to add a soupcon of — something — you know — words — clever words — and stuff.

Another 5 seconds of deliberation and I had embellished my earlier statement;

‘The main symptom of depression is being sad. A lot. Like, most of the time.’

Search engine poetry. Why had I spent all those years working in mental health when I could just vomit a load of keywords onto the page?

The second most popular term searched for was, ‘What should you do if you think you’re depressed?’ Well, if that’s what people wanted to know…

‘If you think you’re depressed, go to your doctor. They won’t pay any attention to what you say but they will give you some pills that will make you less depressed. You know, less sad. Which is a symptom of depression.’

Except it didn’t fly off the page. Once more I needed to gild it with my prodigious — oh, what’s the word? I had to make it — less sucky.

‘If you think you’re depressed, go to your doctor. They won’t pay any attention to what you say but they will give you some pills that will make you less depressed. You know, less sad. Which is a symptom of depression. Of which being sad is the main one. A symptom. Of depression. Sadness.’

I showed a friend what I had written so far. They said it was as if Brene Brown had written her books using a Speak & Spell. I took this as a compliment, as Mrs Brown is very SEO-friendly.

I continued in this vein for the next 10 minutes. Combining my innate literary talent with the keywords, I was able to craft such venerable nuggets as;

‘Eating a healthy diet is important to combat depression. Of which sadness is a major symptom. Fruit and vegetables are good as they have lots of stuff in them that make you happy. Which is the opposite of sad, which is a symptom of depression.’

In an article comprising of one thousand words, I'd included ‘symptom of depression’ one hundred and seventy-four times and mentioned ‘sadness’ in one hundred and forty-seven different places. ‘Happy’ clocked up an impressive ninety-nine appearances, while ‘exercise’ popped up sixty-eight times. ‘Bitey’ was sprinkled across the piece on nineteen occasions.

Now, ‘bitey’ wasn’t one of the specific ‘depression’ keywords but I felt it added a bit of ‘me’ to proceedings. What can I say, I’m an artist — sue me.

I didn't need to edit the piece — it had edited itself. A poke in the eye to all those ‘experts’ who claim 90% of writing is rewriting. Admittedly, Grammarly appeared to have a few issues with it — it kept underlining bits in red and shouting at me about ‘grammar’ and ‘clarity.’ Whatever they are.

However, Grammarly obviously doesn’t know how SEO works. It gave my piece a score of 7 out of 100 which goes to show it hasn’t got a clue.

I posted the piece.

Over a thousand people read it in one day.

I had to take it down 24 hours later.

Apparently, the advice I gave wasn’t ‘therapeutically sound’, whatever that means. Someone, who obviously didn’t understand how SEO works, even threatened legal action. The Luddite.

But who cares? Google liked it.

And, honestly, what else matters?

(Author's Note - This is intended as satire - I didn't actually write such a piece. Well, I tried but gave up after Grammarly threatened never to speak to me again if I didn't desist.)

If you've liked what you've read, please check out the rest of my work on Vocal, including -

More stories from Steven Fitzgerald and writers in Journal and other communities.