Do you know why the competent people in the workplace are exhausted while the lazy ones are unaffected?

This is typical of the "whipping the cow" phenomenon in the workplace! 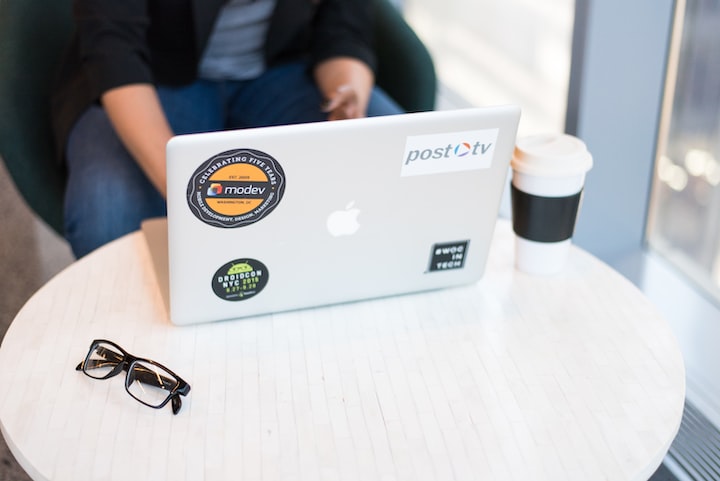 Do you know if there is this phenomenon in your company: employees who do the work, mixed, mixed always give advice to those who give the work?

When you are surrounded by a pile of work, the leader is still constantly assigning new work tasks to you. And at this time, your colleagues are not doing well enough, not fast enough, leisurely sitting on the sidelines watching the fun.

The leader will say to you: "I'm relieved that you're doing this", "You share more", and "Do and don't be too calculating". But the result of those who can do more work is that more work is more wrong and more responsibility.

This is the typical phenomenon of "whipping the cow" in the workplace!

What is "whipping the bull"? There is a parable that goes like this.

A farmer had two cows in his family, a buffalo and a yellow cow. One day, the farmer took the buffalo and the yellow ox to work in the field, and first, he put a plow yoke on the yellow ox, but no matter how much the farmer yelled, the ox did not move. The farmer took his whip and gave it a whip, but the bull reluctantly took a few steps and then stopped a moment later. The farmer felt so tired, that he threw the buffalo aside and left it alone. Later on, the farmer put a yoke on the buffalo, and the buffalo was particularly self-conscious, pulling the plow forward on its initiative without the farmer having to shout. But soon the farmer also whipped the buffalo. The buffalo was very angry and asked the farmer, "Why are you beating me when I am pulling the plow so hard?" The farmer replied, "We have to finish plowing this field today, and since the buffalo does not want to pull, you have to pull faster, otherwise we will not be able to return home before nightfall." After saying this, he gave the buffalo a few more lashes. The more the buffalo was whipped, the angrier he became. The more he plowed, the more he was whipped, while the yellow ox was allowed to graze leisurely. Later, the buffalo could not stand the oppression and broke free from the yoke and ran away.

This workplace phenomenon will be more prominent in certain institutions. Some people have endless things to do every day, and because they can do it, they are allowed to do everything. So some people are so busy that they fly off the handle, while others still manage to read newspapers, drink tea, and brag during work hours.

There are some companies that also often have whipped fast cows, such as Li Bin's company.

Li Bin has been with the company for more than 2 years and is responsible for design work in the company. Because of his good writing skills, the leaders also ask him to do some copywriting things.

There was a meeting in the company to prepare a thanksgiving campaign for VIP customers. At the meeting, the senior staff were discussing the campaign with great enthusiasm, and in a short while, the title of the campaign and its format was clear.

But when the leader asked who would be responsible for making the plan, the scene was silent. In desperation, the leader called Li Bin and repeated the background of the whole activity as well as the planning content, so that Li Bin could make a plan as soon as possible, to catch up with the progress of the activity.

Looking at the other staff in the meeting room, Li Bin felt very uncomfortable, as they were the ones discussing the meeting, and when it came to forming the plan, he pulled himself in as an outsider and had to emphasize speed.

There are many other things like this, such as when a colleague can't finish a design, the leader will ask him to assist in completing it. For example, even if he is very busy, the leader will not reduce the work matters other than design, but will only say to him that young people should exercise more.

As a result, at the end-of-year interview, the leader told him that he had not performed well this year. The design work could not create direct benefits for the company, the planning work was barely done, and the overall assessment was passing, needing improvement and upgrading.

Faced with such an assessment, Li Bin finally relented and chose to leave.

The Daily Psychology states: "Relationships in society can easily remain in symbiotic relationships. In symbiotic relationships, we often see a phenomenon called 'whipping the fast ox', that is, those who can do the job are constantly added with various responsibilities, while at the same time they will be exploited and driven, and get limited benefits, even less than those who do not work well."

More work and more responsibility put the whip on the fast cows and hurt their motivation. Over time, those employees who are willing to do the work will deliberately cover up their abilities for fear of doing more and getting more wrong. Those who are slow cows, on the other hand, will remain silent and keep things to themselves.

What appears to be reusing the table is condoning the lazy. What has caused the phenomenon of whipping the fast cows to exist? This is inextricably linked to the problems of the enterprise as well as the fast cows themselves, mainly for the following four reasons.

Enterprise managers have the wrong thinking about employing people, they think that fast cattle-type employees are not only good at talking but also not easy to count, let them do more work is also a kind of exercise for them.

2, performance assessment is not scientific

Some companies only focus on data targets related to sales and are unable to conduct a scientific assessment of professional positions, lacking an assessment basis. Professional fast cattle according to the company's requirements, constantly input, but can not sway the final data results.

The lack of corporate culture guidance makes employees think that doing more or less is the same and lack of benchmarking. Therefore, when people see that slow-cow employees are not only not punished, but also have a better life, the employees will have the mentality of not caring about themselves.

4、The blind execution of fast cows

Do not know how to refuse to let fast cattle eat a big loss, in the face of unreasonable leadership arrangements, they do not have timely feedback to do so unreasonably, the result does not only do not do their job well, but also wear out their confidence, but also easy to put themselves into a vicious circle of constant overtime.

As an employee, what can you do to change this phenomenon? The following five suggestions are for your reference.

1、Do your job well

Some employees think they are not doing their jobs well, so when the leader arranges other work, they dare not refuse. If you want to have the courage to say "no" to the leader, you must first have excellent performance in your job.

If you are busy and have a lot to do and your leader likes to arrange things at will, then please sit dutifully in your place and don't move around to avoid misunderstandings.

Knowing that the leader is going to arrange the work, you still run to him, then you can't blame others.

3、A combination of fast and slow

Appropriate to reduce the efficiency of some of the work, for some important, not urgent things, there is no need to rush to do out to the leadership. But the delayed work needs to ensure the quality of work, not because of a slow decline in quality.

Another situation where a lot is going on is that you may want to be promoted, and this time you can give some of the work that is easy to replicate and easy to perform to apprentices or newcomers.

In the process of cultivating apprentices, put your energy on the focus of professional breakthroughs or efficiency breakthroughs, mastering the core competencies, and you can slowly strip away those miscellaneous chores.

5、Break free as soon as possible

If you have tried all the above methods, but still can not solve the state of being whipped, then you are advised to break free as soon as possible. Leave the company, as it will not bring you greater growth and may also grind your confidence down.

If you've been in this situation too, drop me a line with your solution and I look forward to working with you on your progress!

More stories from yesenia neibart and writers in Journal and other communities.