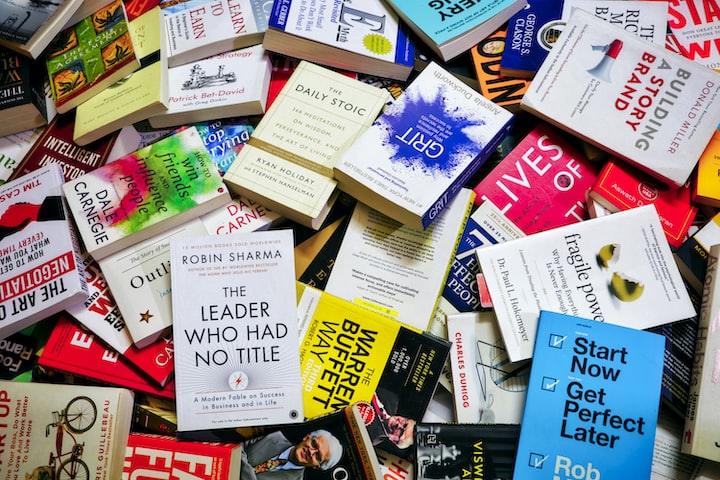 Photo by Shiromani Kant on Unsplash

Strip away the book sales, SEO, analytics, marketing, covers, editing, social media engagement, and publishing deals, we’re all here because we share the same creative passion—writing. All those other things are the unforeseen jobs we take on when we commit to the one thing we love, and they have a huge part to play in a writer’s success.

But let’s put all that aside for a few minutes. In fact, for the duration of this article, I want words like ‘SEO’ and ‘analytics’ locked up in a box and chucked to the bottom of the ocean, so we can take a few moments to focus on the meat of the craft. Here are 5 simple tips to take your writing to the next level.

Cut Out The Adverbs

In as simple a description as I can muster—at least as far as this post will take us—an adverb usually ends in ‘ly.’ Happily, scarily, magically, angrily, beautifully, excitedly. Ring a bell? Now I’m not saying that adverbs don’t have their place in writing. Sometimes leaves do fall beautifully in the wind, and Sarah speaks her intentions seductively.  But more often than not, an adverb is used in places where the surrounding sentences could simply be stronger.

Do we need to be told that John is shouting angrily, when he’s just come home after a hard day’s graft, to find his wife and neighbour with their trousers round their ankles? If we can’t tell that he’s angry simply through his words, actions, and responses, the writing could be stronger.

Whether something is being performed delicately, tenderly, or erotically, the surrounding prose could show it better. Which leads us to our next point.

When we write for an audience, we are signing an unwritten contract with them—one that promises we will tell a solid story, with characters that burst with life and spill off the page, so long as they are free to imagine the scenes playing out themselves.

If we are telling them about every crack in the pavement, each pimple on Jonah’s teenage face, and the number of garlic cloves crushed at an Italian bbq, we aren’t leaving much for the imagination. Being too telling pushes the reader out of the story, where simply showing them immerses them in the scene and opens up their imaginations.

Allow the reader to form an image of the characters they will be following throughout the story. Everybody has an image form in their head when talking about a junior doctor, a matron, a rebel, a business owner, a factory manager, etc. Let them have it. Writing is simple in that you point, and the readers shoots.

One of the most frustrating techniques to master, and equally frustrating to the reader when it’s wrong, is dialogue. It has to be honest and fluid, or it sucks. There is no in between. Rich, well-to-do types, will speak more ‘proper’ than the average Joe. When writing ordinary characters in their homes, it’s common to drop words, use abbreviations, and speak plainly.

“You comin’ then?” Is more natural than, “Are you coming with me, dear.”

“Yeah,” is much more believable a response than, “Yes, of course, dear” (unless you are writing a scene for Downton Abbey).

Like I said above, you have your exceptions. Dialogue, when used correctly (adverb 😉), is an extra tool in your character development. When used skilfully (another one!) the reader can determine who’s speaking just by the author’s clever use of words. An old farmer is prone to mispronunciation, a New Yorker will have a different dialect, certain characters will have little catchphrases littered throughout their sentences. “You know what I mean?” or “at the end of the day.”

When writing dialogue, lean back, close your eyes, and visualise the conversation at play. If a reply is smart or sarcastic, it’ll speak for itself without being elected as ‘sarcastically’ or ‘smartly.’

“Yep.” He had to be after mum died, or Nana was gonna take me away from him, but I wasn’t gonna tell him that. It was a group effort, a united front. I had to grow up fast to help him cope. To support him. To make sure I stayed with him, always.

“You like those movies then do ya?” He gestured to my Marvel figures.

Ugh, that accent is so obnoxious. “Of course. I wasn’t born on the moon.”

“Alright alright,” he rolled his eyes, “That’d be cool though wouldn’t it, living on the moon? Imagine looking down on the world from all the way up there. Apparently you can see the wall of China from space. You reckon you’d see planes ‘n that flying about?

I looked up at him quizzically—maybe, possibly, just the teeniest bit amused. “No. You wouldn’t see planes from the moon.”

“I s’pose not. there’d be all stars in the way anyway, wouldn’t there? Probly wouldn’t see much at all.”

Consider the above excerpt from my favourite recent piece: Barnacle Clumpersnatch (then come back to read it when you finish this!)

A fun exercise is to simply listen to the conversations around you. While you’re shopping, sitting in coffee shops or restaurants, waiting at the doctor’s.

If you can, type them out on your phone or take some notes. If not, simply listen. But listen with the intent to learn and recreate. The more natural your dialogue is, the better your story will flow.

A Note On Believability

Put simply, racists use derogatory terms, thugs swear like troopers, gangster rappers may refer to each other with the use of a certain ‘N’ word, and New Yorkers say ‘whaddayer’ in place of ‘what are you.’ Whaddayer-talkin about?

Using your characters in a believable manner does not make you racist, psychotic, or any of the above. Writing horrors where murderers tear through a middle school, or a short story where Islamic terrorists strike a landmark, does not mean that you are considering or encouraging killing teenagers or stating that all Muslims are terrorists.

When writing, you have to throw out attachments to political correctness and fears that you will be judged by readers. The characters are not a reflection of the narrator. Simple. Anybody who suggests as much has no place in your considerations.

In the above example there will be characters that suggest all Muslims are terrorists, or display slightly islamophobic viewpoints, and likewise you’ll have characters that oppose those characters. And you, as the narrator, are the grandmaster playing chess against yourself, hopefully telling a damn good story!

Not all stories need a solid plot. Some are what we call character-driven. Some writers, myself included, are completely stilled by a plot. The creative flow for me is entirely suffocated the second I even attempt an outline. I simply create a cast of characters with a rough idea for the shape of the story, and then let the characters tell it.

It may go as I figured it would, or it may veer off in an entirely different direction. This is the magic of writing. Try it out. Start with a ‘what-if’ scenario and a character, and free-write a few pages. Then attempt another with a solid plot and outline, to compare. Every writer is different.

A final point is on moral and theme. Once again, not every story needs them. Not every story is even suited to them. A central theme or moral is something that comes out all on its own, and can then be excavated and polished by the writer during rewrites and early edits. If you can get one, it’s an amazing thing. To leave the reader with an overall sense of “Oh, that’s what it was all about,” is empowering and special. That said, never, ever, force it. It’s always obvious and reads like a piece of persuasive writing.

I was writing a piece a couple months back, and once it was all said and done, I read it back to myself. The half-hour it took to sit and read the entire piece revealed to me the strangest thing. There seemed to be a lot going on in the way of ‘games.’ Games with the main character’s daughter, mind games with his ex-wife, professional, underhanded, one-upping games between him and his coworkers. I decided to run with it, and during my rewrite, finished up with some pretty words about life being one big game, for better or worse.

It worked, I was happy. likely nobody would ever notice unless scrutinised in a college lit class (unlikely in that the piece remains unfinished.)

The point here is to be subtle, natural, and let it work itself out. you can’t make it fit, so if it doesn’t, drop it.

And that brings us to the end of this article. I hope you have fun implementing these 5 simple tips to take your writing to the next level! For more like this, alongside a stream of short fiction, please consider subscribing to my profile.

More stories from Gary D Holdaway and writers in Journal and other communities.