by Leigh Fisher about a year ago in interview

Experience is the best way to learn how to interview well. Learn from a few of my mistakes.

Experience is often one of the best ways to learn what to do and what not to do in an interview. We learn from our mistakes.

However, here’s a few mistakes you can avoid making by learning from my hilarious missteps and blunders. I’ve had a lot of different jobs in different states and more successful interviews than unsuccessful ones, but here’s what I did wrong in those unsuccessful ones.

1. Research terminology used by the business you’re applying to.

Even if you have the skills and are familiar with the industry you’re looking for jobs in, make sure you know the terminology used by the business you’re interviewing with.

Read the job description closely, Google anything that you don’t immediately know off the top of your head.

Read the potential employer’s website carefully, get as full of a comprehension of what they do as you can. Not all websites are as detailed as they could be but do as much Googling about the organization as you possibly can.

For example, I was asked in an interview if I did primarily B2B or B2C writing. I had no idea what those acronyms meant and sat there for several seconds, dial-up internet noises echoing in my head, trying to rack my mind for if I’d ever heard those terms before.

I was a fool and gave a fluffy answer about what I usually wrote for my current position. I worked at a university and simply had not heard those terms before. My answer entirely did not address whether I did business to business or business to customer writing. I researched those acronyms afterward and realized that I was doing business to customer writing without even knowing there was a name for it. You guessed it, yes, I never had a second interview for that one.

Thus, do as much research as you can beforehand.

2. Do anything and everything you can to keep yourself calm.

People want to meet you and see that you’re a person that they can work with. They want to see that you’re graceful under pressure. Because let’s be honest, interviews are some of the most high-pressure things we do to ourselves.

If you need coffee or tea to make yourself alert, have some, but don’t overdo it. I once had some highly caffeinated maté tea prior to an interview, chugged it in the parking lot while I was waiting to walk in at the point of just early enough but not too early.

I was so hyped up on caffeine that my ambient nervousness came through, I spoke too much and too quickly. Again, did not hear back from them. I sent thank you notes to my interviewers, never heard a peep back, and got an automated rejection email some weeks later.

The interview is the only glimpse employers get into what kind of personality the candidate has.

If you seem, as J. K. Rowling would say it, "nuttier than squirrel poo" at that moment, they’re going to think that’s you all the time. They’re going to have a lot of other candidates to consider and they don’t need to give you the benefit of the doubt on anything. 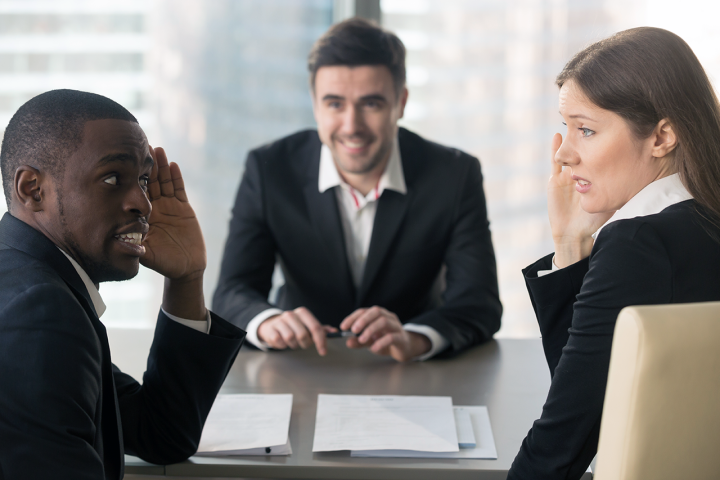 Sometimes, all the research in the world won’t give you a perfectly clear image of what the business does and what the position will expect of you. Get a feeling for what they’re looking for and what they want before you say something that will make you want to put your foot in your mouth.

Storytime; I was interviewing for a resume writer job and the interviewer asked why I wanted the job. Now, I applied with a very stylized resume, so I was just operating under the assumption that they must like that if they were interviewing me. I said that I love helping people get an edge in their job hunt with a resume that is straightforward, easy to read, but looks unique and stands out in the pile.

The interviewer promptly shut me down and said they have one specific template for their resumes and that is all they use. They do not vary from that.

I then had to back peddle and say that I’m completely fine with that, that I’m used to operating with brand guidelines, and so on. We were only one question into the interview and I’d already blown it.

Every industry is different so you may not run into this particular issue, but just keep that in the back of your mind. It could be with something else—you might not know going in if you’d be working independently or on a team and say that you love one over the other. Just hold your tongue on things that could potentially be deal breakers until you know what they want.

4. Get ready for those awkward salary questions. 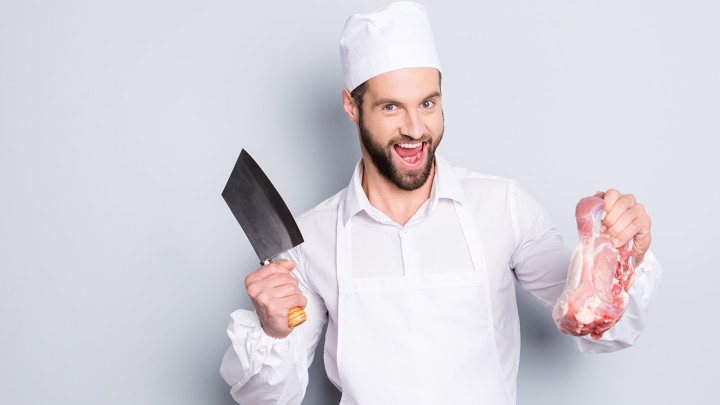 I can't resist using stock photos ironically sometimes. Just look how happy this model pretending to be a butcher is. Photo courtesy of Deagreez on iStock.

If you’re early in your career or recently graduated, most businesses are going to see you, think mmm, delicious, fresh meat, and expect you to work on the cheap.

Don’t pull a low number out of the dark regions of the human anatomy.

Do a little research, go to Glassdoor, which is a fantastic resource to estimate what you’re worth. Look up the job title in your geographic area—this is important—and see what the average salary is. If you’re trying to get your first job and don’t have much experience, it is realistic to ask for a number on the lower part of that range. Just make sure you don’t go below that range.

Remember to look for salaries in your specific area too. If you live near a major city where the cost of living is dramatically higher versus a quiet nook of suburbia, the average salary for almost any given position will likely be higher.

5. Prepare questions for the interviewers.

There’s always that awkward moment when the interviewers have asked all their questions of you then politely ask if you have any for them.

If you say no, it might seem like you’re not too serious about the position. If you say yes, it’s important that they’re good questions.

I personally recommend having one or two to ask. Think up some decent questions that aren’t too obviously just questions for the sake of having questions. Don’t ask something that could easily be answered by just reading their website.

Make a list of five questions going in, because it’s quite possible that your questions will be answered during the course of the interview before you’ve even asked them.

With all that said, good luck and go forth to your next interview.

interview
Leigh Fisher
Read next: Why Denny's Is the Perfect Starter Job for a Cook
Leigh Fisher

See all posts by Leigh Fisher →