SF
by sam faulkner 5 days ago in love

Intimacy comes in all shapes and sizes 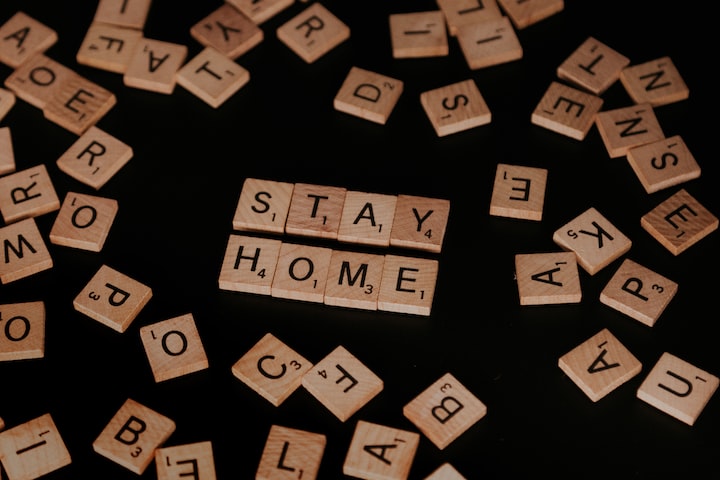 Everyone has been tested over this pandemic. It makes no difference if you're rich, poor, married, single, employed or between jobs. It's a tough time to find a connection for some, and it's a strain on a relationship for others.

I've lived alone for a month now and as happy as I was to leave the world of shared living behind, the pandemic gave me pause. I worried about losing my mind in my new apartment, that someone would call round months later and I had taken all of the doors off their hinges and burnt them in the middle of the living room. How 'unhinged' that would have been (I promise I didn't plan that...). I have a lot of friends in this city but they live just far enough a way that they don't want to come over for a cold park walk on an autumn evening, so I prepared myself for some time with myself.

I had been talking to Eve for a few weeks. She was bright, interesting and had so much to say. She was articulate and a great communicator; it's rare in this day and age. I really wanted to meet her, but I knew breaking lockdown rules on a first meeting with someone was a hard topic to broach. We moved from texting to talking on the phone, which has its own intimacy to it in comparison. She insisted she was terrible on the phone, that she'd get distracted and drift off into her own world. I hadn't found that to be true and every time we talked on the phone I was more excited to talk again. I liked her, she had a liveliness that kept me on my feet. The conversation was light and zingy, but not superficial.

After a few weeks of daily phone calls I mentioned that I liked board games. It's a tough topic to talk about because I always fear it has connotations of old, boring and bookish; all characteristics that I don't mind be associated with, but don't like to put forward too quickly. Eve obliged, she loved boardgames too! We talked about our favourites, I explained that I played UNO daily with my students (I tutor children with learning difficulties) and that I love it dearly. She admitted she hadn't played since she was a kid and I gasped in mock horror. She told me she loved Scrabble and had played with her grandad, who had died only a few months ago. I was hesitant to ask whether it was from COVID and realised it didn't matter. She held back tears when she spoke about him, they were obviously very close. I felt for her and wanted to make her feel better.

That evening, I went on eBay and found two identical old sets of Scrabble, you know the ones with the real wood tiles, and they were delivered the next day. I also went online and bought two bottles of The Happy Medium Malbec (her favourite) and Wellfleet White Blend (my favourite). A packaged up one of each with the Scrabble box and made a lame excuse about sending her a reference for a job application to get her address.

The next day she called me in tears, "Sam this is so thoughtful, I can't...I can't believe you found this Scrabble set, it's just like my grandad's set."

"Let's have a game" I replied.

I revealed my identical board with the words, "You are wonderful in every way" written on it in Scrabble letters.

Eve dropped her phone and I could just hear weeping. For the next two weeks we played a game every evening, sipping our wine and remaking each other's word on our respective boards.

Finally, the day came for us to meet and it was everything I had dreamed it would be. We hugged each other for 10 minutes at least, kissed on my doorstep and by the time we woke up together the next morning I knew I was in love with Eve.

The next time we met, I went to her house and I told her exactly that, "I love you Eve."

Eve gasped and told me to come inside; she had laid out her Scrabble board with the words "I love you Sam" on it and had bought the exact wines I had bought her in her package.

We are still together now and enjoy our wine and Scrabble evenings at least twice a week.

It turns out good things can happen during a global pandemic...who would have thought?