Why Did I Become a Writer?

And how I got here 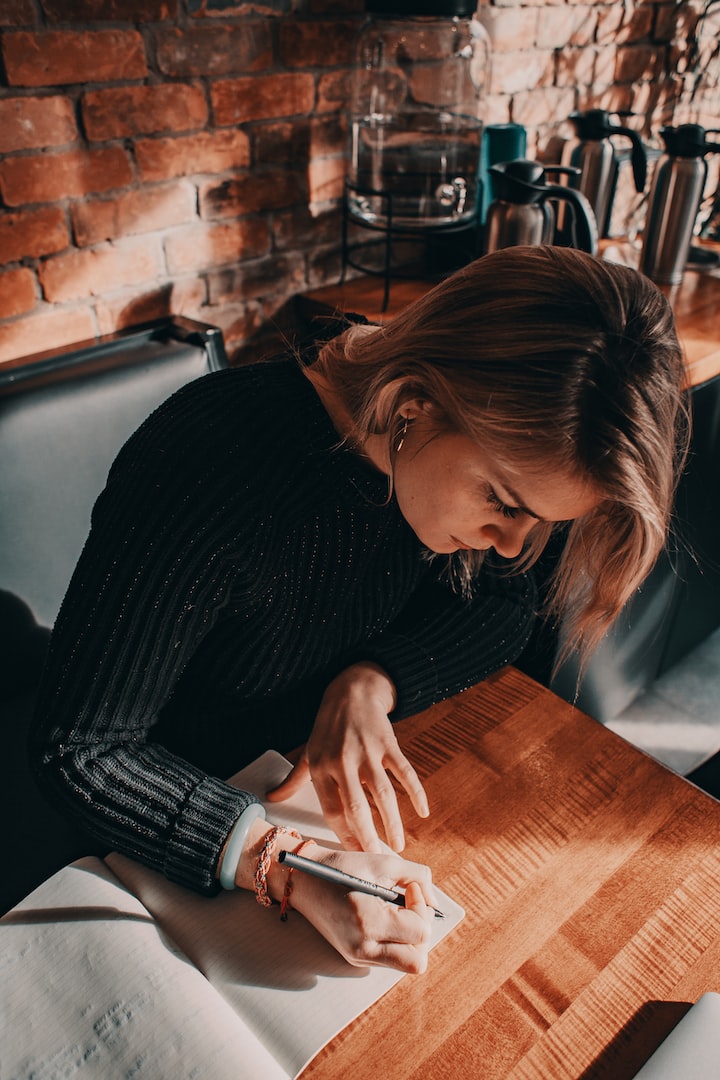 At some point, every writer is either asked or thinks over this question, like I am right now. So I decided to share my story, or at least as much as I remember.

From a young age, I've always had a creative mind. I constantly was creating worlds in my mind and acting them out with my toys, and other stuff. I remember using sticks and leaves sometimes, pretending they were creatures from my worlds.

I definitely got looks and a few scoldings from some adults for non-toys as if they were. Didn't really stop me though. Don't worry, it was never trash.

But for whatever reason, maybe because I didn't read much until the third grade, I wanted to be an artist, the painting and drawing type.

This dream lasted a while, even took an art class in 6th grade. Not saying I didn't have fun. I created cool art and my class went to see the Art Museum in Seattle, WA, but when I became homeschooled, that dream faded off, although had a quick resurgence in 9th grade.

I also danced for six years, and I loved every moment of it, doing hip hop, tap, and jazz. I often imagined being a professional dancer, despite the fact I started late and never took ballet. It was fun to think about though, still is. And I made cool friends along the way

However, toward the end of 9th, my English teacher had each of us write a three chapter story as a fun assignment.

A switch flipped in my head.

Although I hadn't done much in terms of creative writing before that point, the idea of making my own story thrilled me to no end. A method to channel my creative brain into something productive I got a good grade on it too!

From that summer on, I started writing stories on paper, eventually switching to a computer, then the laptop I own today. It was the first step on a journey that would influence my life to today.

When I began Running Start, which for those who don't about it is a program for high school juniors and seniors in WA, I took a creative writing class in my first quarter at my community college.

And boy, it wasn't easy, especially the first section, which was poetry. I just didn't get the same joy from writing them, and they never came easily for me.

The short story section was easier since I'd done it for high school and in my free time, although we had to share with other students. Got a couple helpful suggestions.

I also had to do a group project about a genre with a few students. We did sci if/fantasy, which was fun since those are my preferred reading and writing areas.

Then there was the point where we had to go out and present a piece and read it aloud to the class and others. Despite the fact I don't like public presentations, especially when I'm by myself, one reason I opted to self-publish, I felt good afterwards.

But I also learned quite a bit from that class, like that poetry isn't my strong suit, even with the couple poems I've published on Vocal. I plan on publishing a few of the pieces from that quarter of college on this platform at some point.

So for a few years, I wrote more first drafts of different stories as I continued school, a few of them being connected in series. Oh, and going on Pinterest daily for writing advice and things related.

I even went to a writing conference, where I learned a lot of cool tips and tricks, one of which is your don't write the story; the story writes itself through you. That has stayed with me probably more than anything else.

When you think about it, you realize how true that saying is.

I also received several books on writing, editing, and publishing for one Christmas, which I was excited about, using them to improve the second draft of my first book.

However, 2020 threw us all for a loop with the shut down and being stuck at home. I still continued writing, along with studying, both for school and writing, but lacked the structure I needed to a while.

I even went so far as to start my own blog, for the exposure before I published. I did it for a while and while it was a good learning experience with Wordpress, I quickly lost seam when I saw that it wasn't going anywhere.

In the beginning of September, 2020, I self-published my first book on Amazon. Not trying to self promote here, but if you're curious, just look up Angelic Entourage, and forgive me for the covers of both books.

I was quite proud of myself, still am, but I also wasn't quite sure where to go after that. So I continued on with the second book of that series, publishing that one in January, 2021.

It wasn't until the end of last year I discovered Vocal, seeing a link as I scrolled through my Instagram feed one day.

Intrigued, I clicked on the link, and the more I read, the more excited I became. It offered me the opportunity to show my writing to a supportive community where others were doing the same and I began posting on here.

I started with Shadow Academy, which I'd been kicking around as an idea in my head for a while, it and the other books I plan to write for The Nyght Tales are actually a prequel for Angelic Entourage in its first draft.

Soon enough, I started posting other stuff, including edited versions of my blog posts, following that with the challenges on Vocal. Haven't won any yet, but they push my abilities, making me a better writer, plus they're fun.

And now I'm sharing my posts on my social media accounts, earning more reads, along with reading other peoples posts, which just earned me my first bonus. I still don't have a whole lot of reads, but I'm not giving up.

So yes, this is where I am right now as a writer. Wasn't the easiest road and although I'm not famous yet, but I wouldn't change a thing.