When She finds Superman!

by Jermaine Dobbins about a month ago in dating
Report Story

Will Superman want Her? 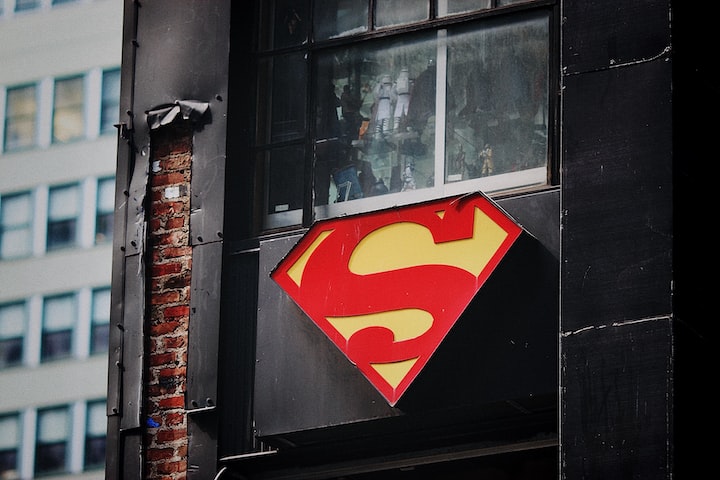 The preference of most women today has a bunch of men wondering. Yes, it is a woman's right to choose and no one can change that by a longshot. However, the common desire of the average woman which has been tainted by materialism and social media, has the everyday man thinking is it worth the effort. We all know the shallow basic requirements that a man has to have in order to catch the everyday woman. The height, bank account, being good in bed are the common features today and not to mention the other 20 bullet point items that are a "must" have in a man. Very similar to visiting an auto maker online and building your car to cater your needs. Unfortunately, men aren't made on demand like that. So, the question on the floor: Why do women think they deserve a top tier man that is in the upper percentile on the social ladder?

I like to call if the "Disney Effect". Most women are painted this picture right around the age of 5 or 6. The castle and fairyland story where all things come out to be a good ending and a tall, dark and handsome prince comes to marry her and saves the day. The fathers who are in the picture of this little girl's life doesn't seem to make the situation better by telling her how pretty she is and that she deserves the best. We all want what is best for our kids, but often times parents may fill their babies' heads with perfection and tend to leave out too much reality. Which, largely leads to women who cannot socialize and get along with others, let alone men.

There is too much flawed thinking when a woman faces society with the struggles of coping skills. The most common statement that come from modern women today, "I will be submissive to a man that is strong enough for me to be submissive". Therefore, most women who make more money than men, or hold a more powerful position in their career compared to the men that approach them, will find it hard to be submissive to a man. "Conditional Submissiveness" is a crying shame. Now we have a great deal of women with flawed thinking because there is an expectation of reality, but they want a traditional man in modern times.

The man pays all the bills, but she doesn't want to cook. She wants respect for her accomplishments and equal opportunity, but little household responsibilities. I ask a fair deal of women what they expect a man to do in the relationship. Most will say they want the man to be the sole provider, but when it comes to the identity of a woman's role in the house, there is usually not a clear explanation. I don't know the complete role of a woman, but I do know that I don't ever want to come home to all the laundry being competed except mine.

We all should seek what works for the two adults in the household and not worry about what the outsiders think. Yes, your friends and in-laws unless there are situations that could be detrimental to your personal health. Do what works best for the both of you, not just one of you. That saying of happy wife, happy house is old and prehistoric. Both adults need to be happy and thriving in the relationship. Happy wife has led us to a divorce rate of nearly 50 percent. So should women open up and consider that the 6s in a man might not be good for them. 6 feet and over, 6 figures, might have 6 other women chasing him as well.

I recently became aware of a singles event in the Dallas area that recently passed and not a guy attended. Superman never came to the event because he was too busy dealing with the 6 women he currently entertains. The guys who knew they didn't qualify for the average woman's superficial standards didn't bother to waste their time. So the floating question at that singles mixer was probably "Where are all the good men?", when most women these days should be asking "What could Superman do with a piece of Kryptonite?".

Casual writer! Love to express in print! Tell people how you feel and love life to the fullest with no regrets. Try to say something good about a person when they can hear it, and not when they are gone! Love like no tomorrow.

More stories from Jermaine Dobbins and writers in Humans and other communities.