What Do Men Really Want in Bed? The Surprising Truth from a Cam Girl

The most common but hidden male desires. 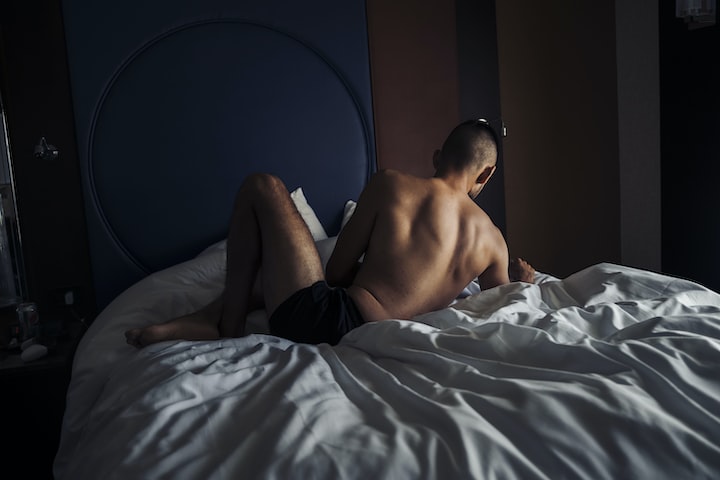 Photo by Diego Lozano on Unsplash

My friend Lexi Sparkle has been a cam girl for almost 3 years and I’ve heard a lot of colorful stories from the virtual life of an online sex worker.

While the stories were entertaining, a question still remained: what do men really want in bed?

You might think there are a lot of men who would pay a cam girl because they have some strange sexual fantasies that they don’t get to satisfy in real life. And yes, that happens sometimes too. But not most times.

So what do they want from that sexual interaction?

It will come as no surprise to anyone that men are usually the pursuers, the ones initiating interaction and sex and women are the receivers of this attention.

When you are constantly pursued you also feel wanted, whether you desire the attention or not.

Most men, however, unless they are models or actors, rarely experience that feeling of being wanted, especially sexually.

But just like anyone else, they also need the validation that they are indeed fancied, if possible by the object of their fancy. And they crave it so much that they are willing to pay for it.

When they come online, one of the most common lines Lexi hears is “Tell me that you want me!”.

2. They want to be open without being judged.

We all have fantasies and we all want to express them in a safe space where we are not judged or shamed for our deepest desires.

Men who solicit the services of a cam girl found themselves in the situation of not being able to share them with someone who would actually listen. Or they did share and it turned out bad for them.

These fantasies are not necessarily weird and actually, more often than not, they’re just regular or nothing to be embarrassed about. But the real or perceived stigma is so great that they stop trying.

We all want the truth of who we are to be seen and heard. Sadly for many of us that only happens if we pay for it.

3. They want to satisfy a woman.

However, men’s most common and ardent desire, which Lexi hears absolutely every day that she streams is that they want to see her happy and give her pleasure.

Their main fantasy is satisfying a woman. It might be something they are not able to do at home or maybe they don’t even have a significant other to satisfy.

Their main concern and turn-on is seeing a woman enjoying their presence, getting aroused by them, and having an orgasm with their help.

Their top desire is to satisfy a woman and they are willing to pay money for that privilege.

There’s a big lesson to be learned here.

If even in the context of paying for sexual services men still want to make women happy and satisfied, imagine that the men in the real world want that a whole lot more.

Don’t sell yourself short, ladies. Men want to make you happy! Stop chasing the ones who don’t!