by Obajuwon Israel 2 months ago in dating
Report Story

The secret to being an irresistible catch 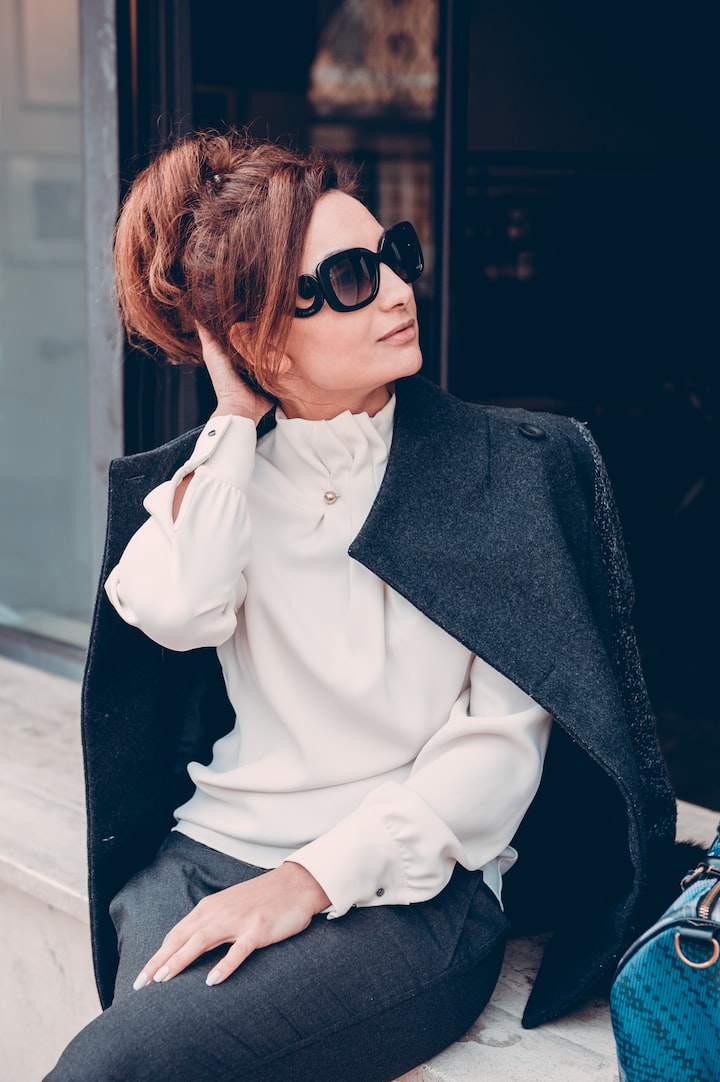 Photo by Sofia on Unsplash

The secret to being an irresistible catch is to turn the tables. Most men today feel that they are inadequate and need to prove themselves to women. Don’t fall for this trap, it only results in killing any attraction that may have been there in the first place. Instead, turn the tables.

Most attractive women feel superior to most men. They get hit on by strangers hundreds of times each day, and as a result, they feel they can get any man they want. They feel that it is the man who needs to prove himself worthy of her attraction.

Rather than fall for this and try to impress her, flip the roles. Pretend you are a hot chick who gets hit on hundreds of times a day. Act as if hundreds of chicks are chasing after you and that the woman you’re talking to is just another one that you have to deal with.

Have standards. If you’re at a bar and a girl you’ve just met asks you to buy her a drink, don’t do what a nice guy would do and immediately buy her a drink. Instead, put on your “hot chick mindset” and tell her something along of the lines of, “Maybe later if you’re well behaved.” Or, just flat out say no and ask her to get you one.

You can also flirt and act as if she is just another girl who’s chasing you and trying to get in your pants. When appropriate, playfully tease her about how she’s trying to seduce you. Just all around be playful and act as if it were you who were the catch and she’s trying to seduce you. In fact, the Oxford Dictionary’s definition of “flirt” is to “behave as though sexually attracted to someone, but playfully rather than with serious intentions.” Once again, bad boys and jerks are naturals at this because they genuinely believe that they actually are a catch and that women find them irresistible.

Women are instinctively attracted to playful arrogance and teasing. So much so, in fact, that it is universally discussed by all pick up artists. David DeAngelo calls it “cocky-funny” (i.e. being playfully overconfident), other’s call it “negging” (i.e. playful teasing), and yet others call it different things. Despite all the different names, they are all talking about the same thing: Acting as though superior in a playful way. Pretending that you are the catch. Women love it and find it irresistible.

Many internalizers subconsciously believe that neglecting oneself is a sign of being a good person. When self-absorbed parents make excessive claims on their children’s energy and attention, they teach them that self-sacrifice is the worthiest ideal—a message that internalizing children are likely to take very seriously. These children don’t realize that their self-sacrifice has been pushed to unhealthy levels due to their parents’ self-centeredness.

Sometimes these parents use religious principles to promote self-sacrifice, making their children feel guilty for wanting anything for themselves. In this way, religious ideas that should be spiritually nourishing are instead used to keep idealistic children focused on taking care of others. Children don’t inherently know how to protect their energies. They must be taught how to engage in good self-care—something that happens when adults pay attention to their needs and reinforce the fact that they need rest, sympathy, and respect. For example, sensitive parents teach their children to notice and identify their fatigue, instead of making them feel anxious and lazy for needing to rest.

Unfortunately, emotionally immature parents are so self-focused that they don’t notice when their children are getting overwhelmed or trying too hard. They’re more likely to take advantage of a child’s sensitive, caring nature, rather than protect the child from overusing it. And if parents don’t teach their children about good self-care, in adulthood those children won’t know how to keep a healthy emotional balance between their needs and the needs of others.

This is especially the case with internalizers. Because of their attunement to others, they can get so focused on other people’s issues that they lose sight of their own needs and overlook how the emotional drain is harming them. In addition, they are secretly convinced that more self-sacrifice and emotional work will eventually transform their unsatisfying relationships. So the greater the difficulties, the more they try.

If this seems illogical, remember that these healing fantasies are based on a child’s ideas about how to make things better. As children, internalizers tend to take on the role-self of the rescuer, feeling a responsibility to help others even to the point of self-neglect. Their healing fantasy always involves the idea It’s up to me to fix this. What they can’t see is that they’ve taken on a job nobody has ever pulled off: changing people who aren’t seeking to change themselves.

It’s hard for internalizers to give up the fight to be loved, but sometimes they eventually realize that they can’t single-handedly change how another person relates to them. They finally feel resentment and begin to withdraw emotionally. When an internalizer ultimately does give up, the other person may be caught off guard, since the internalizer has continued to reach out and try to connect for so long.

More stories from Obajuwon Israel and writers in Humans and other communities.