Triple Threat: Being an LGBT+ Black Female (+ in a STEM Discipline)

by Tate Young 2 years ago in lgbtq
Report Story 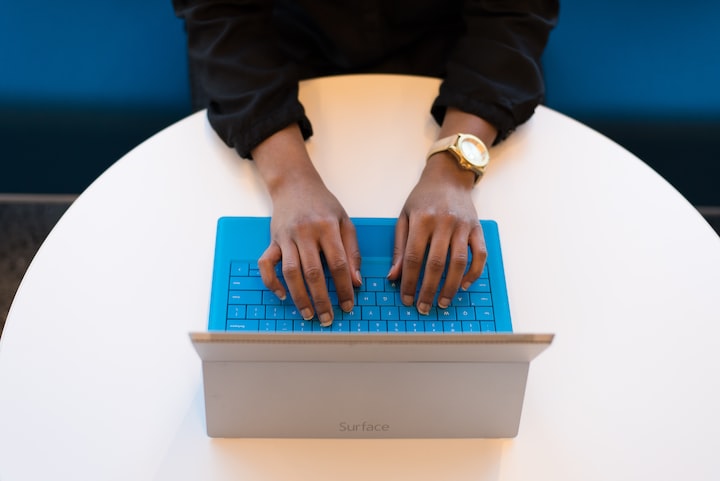 In theatre, being a thriple threat means being able to sing, dance, and act. Although I did do theatre for a year in high school and have years of history earning gold stars on Just Dance, the only part of that criteria I meet is being able to act, and that's being generous to myself. For me, being a triple threat has nothing to do with my talents and more to do with my identity: Black, Lesbian, and Female.

Even before the recent development and coverage of the Black Lives Matter movement, being Black in America, or really anywhere in the world, has always made me a threat. My skin is one of the darker shades of brown and my hair coils tightly to my head when it's not in thin box braids or cut low to form short waves. The features of my face are enlarged but fit me, and I don't think I stand out until I'm in a room of people unlike me, and yet it doesn't bother me. Everyone is different, and personally, I think that's great. Before I go into more detail about myself, I want one thing to be clear: I'm Black. Not black. Not African-American. Capital 'B' Black. Black is what I am and black is a color. I will not be reduced to a color. Glad we got that out of the way.

Every June, I get a month supposedly catered to me. "Isn't Black History Month in February?" some of you might ask, and you'd be correct. This month, Pride Month, caters to a different part of my identity. When I'm not wondering where the racial respresentation is in everything I watch, I'm a women-loving woman. Two of the biggest parts of my identity both put me in a smaller category of the people in the world, and when you put them together, that category only gets smaller. Being a lesbian isn't something I write on my forehead or introduce myself as; it's a part of myself I don't feel the need to discuss unless it's relevant. Being Black, however, will always be something I don't even have to speak on for people to know. You can look at me— my dark skin, dark features, wide nose, and large lips and know exactly what I am. When my hair is cut short you might give me a second look and assume by my more boyish way of dressing that I don't fall into the category of heterosexual, but that would mean you'd be judging me based on my appearance and it's 2020, so we don't do that, right? Yeah.

If it hasn't been clear already, I am a woman - by both birth and personal identity. ('Female' if you're one of those people, and come on, we all know someone like that.) If you aren't already wondering how I could stand out more, I am currently studying the wonderful subject of computer science at a Predominately White Institution (PWI) in a predominately white state that makes up a predominately white country. In most, if not all of my classes, I am one of few Black people, one of few women, and one of a couple Black women. The fact that there aren't a lot of people like me in my classes or career fields doesn't bother me because like most other things in my life, I just don't care. What does being hurt about the lack of racial and gender diversity do for me? Now, before you sit here and try to preach to me about needing to help diversify for future generations and blah blah blah, just know that I already know that. I'm more than aware that I have the opportunity to help breed the next generation of Black computer scientists. I love that. I love that I could do that. I don't love that people automatically assume that I want to or will simply because I fall into an underrepresented category. Black women are often portrayed as strong and always fighting for or over something, and I don't see that as a negative thing, at least not all the time. It becomes a problem when we're the only ones fighting, when we're the only ones who are actually trying. The weight of our community is often put on our shoulders. Being a fighter and a warrior is admirable, but it's not me. Like I said before, I don't care. I don't care because I'm tired of people assuming I'll do all the work to get something changed or looked at simply because they look at me and see all the fierce black women who fight for people who couldn't care less about protecting us. If we sat down, then what? If we sat out in the riots, the protesting, the discussions, then what?

My identity is rooted in being a member of some of the smallest groups there are, and that always creates some kind of conflict for me personally. Am I a Black, gay woman or am I a gay, Black woman? Which part of my identity should I say first? Which is more important? Which will make me stand out more? Less? Of course, I'm Black before anything else. Black isn't a color; it's a way of life. But does ranking the parts of my identity make any other part more or less important? I'm still relatively new to adulthood so it's okay for me to be having constant identity crises trying to figure out who I am. But why do I have to be somebody? Everybody is somebody. I think from now on, I'll be nobody. I might even start my own category of nobodies. If I'm somebody, I can be labeled and separated. But as nobody? I am nothing, yet I am everything. I am whatever I want to be and whatever you want me to be.

More stories from Tate Young and writers in Humans and other communities.