Trans Before, Trans After 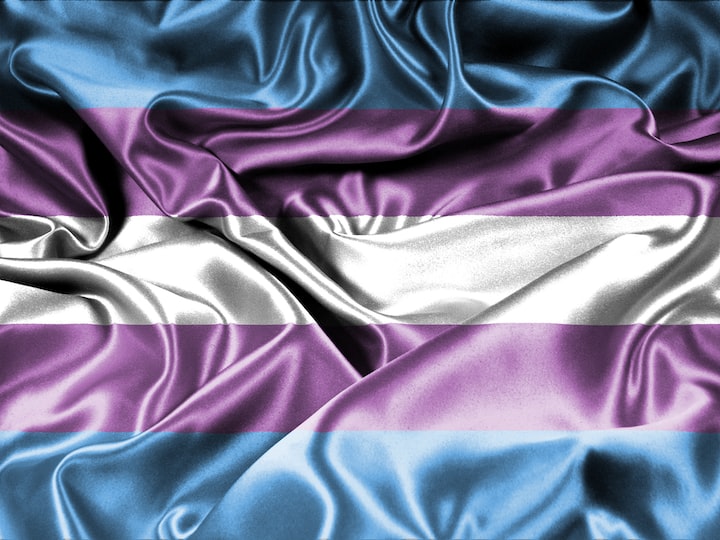 Photo by Lena Balk on Unsplash

Everyone in this world eventually kicks the final bucket. This is a fact of life. It's unavoidable. Guaranteed.

However, it's the unfortunate truth that many LGBT+ folx, particularly those who are transgender, often die much younger than their cisgender and/or hetero-normative counterparts. There are many reasons for this particular fact of life, but every single one of them is just as tragic as the next.

Now, when we lose someone in our community, it is always heartbreaking. No matter the reason or history that may have lead up to the event, it is always sad. It's also a sobering moment for many others who identify similarly. The reason? We're oftentimes misidentified, misrepresented, and labeled in ways that we didn't use in life.

This type of discrimination is very common. It can happen to many LGBT+ people, such as being seen as heterosexual when they're pansexual, or a lesbian when they're on the asexual spectrum, etc. Likewise, it is much more common and more obvious when it comes to known trans folx.

When someone who is transgender dies, it is the unfortunate truth that this person will, in almost certainty, be misgendered and/or dead named. This happens when the speaker uses the wrong pronouns or birth name instead of chosen name for the person being discussed. While some people may stand in defense to this person's identity, the media, people who knew this person and did not support their identity, and government officials will oftentimes use the name and gender markers provided at birth. They'll do this despite knowing that this person identified differently. Which, these actions are not only transphobic, but also very disrespectful, degrading, and dishonoring to their memories. It's also a message to every other trans person that their identity and boundaries don't matter- before and especially after their deaths.

This realization doesn't occur for every trans person when hearing about each death in our community. We don't get all the information for every and all cases. Sometimes, we don't even find out that this person was transgender, and therefore have no frame of reference to stand up against the misrepresentation or have the ability to comprehend the severity of the situation at hand. Other times, we may get the information that this person was trans, but don't know enough about their identity to confirm or deny that they are being properly honored. This is often the case when finding out about the loss of trans folx who weren't in our nearby communities, or weren't more well-known cases.

But, when we do have the necessary information to understand the gravity of disrespect, dishonor, total misrepresentation, and false identification, we can become, very understandably, upset in several different ways. We may get angry on the deceased person's behalf. We may speak up and try to inform others about the situation and why it's important to accurately describe the person's true identity. We may become disheartened about our own demise and representation. We may get some darker thoughts and feelings about the situation and the message that is being sent to us by those who falsify information about our people. We may get anxious about how we are being perceived, how we may be talked about and shown both in our current lives, as well as once we pass on.

There is no right or wrong way to feel about these situations. When it comes to thoughts, feelings, and emotions, we can't always be in the driver's seat. What we can do, however, is control how we react.

When we see these false pieces of information, and know they are inaccurate, we can stand up and speak their truth. We can speak out for the individual who has died, for everyone looking on, for every other trans person who sees the messages, and for ourselves. We can show others that the language they use is hurtful. We can inform, educate, and make change, so that the next time one of our own leaves, maybe, just maybe, they will be talked about as they were, instead of how others wished them to be.

While these are certainly options, not everyone is capable of doing so. Nor should be we obligated to. As a trans person, it is not my job to educate everyone I come across on trans issues, proper etiquette, and how to be a decent person in regards to these issues. Sometimes, I don't have the strength or energy to speak up for myself, let alone the whole of my community. Other times, I just don't have the time, or realize that this particular instance isn't going to get anyone anywhere. That's okay. It's not our job to advocate, especially not every moment of the day. There comes a point when other people need to take their own education upon themselves.

Nevertheless, this education and social change is necessary. It's vital to properly represent people, both before and after their final goodbye. To deny them their identity in death is to deny the authenticity of the entirety of their life lived. To refuse their identity in life is to refuse their right to exist. By discrediting someone else's identity, alive or passed, is to discredit everyone else who identifies similarly. When you misrepresent one of us, you misrepresent all of us.

Misspoken words can never change our facts, but they do change the picture in which we are perceived. We were trans before we died. We are still trans even after we are gone. It's part of who who we are, and who we were. That can never be taken from us. Our history will not be erased.