Those unrepentant suffering in youth

by Elia J Craig 3 months ago in friendship
Report Story

There is a kind of suffering that is willingly and without regret. It is like a seed, rooted in the heart, the process of breaking through the soil when germinating is bitter, but the result of blossoming is sweet, it is military training. 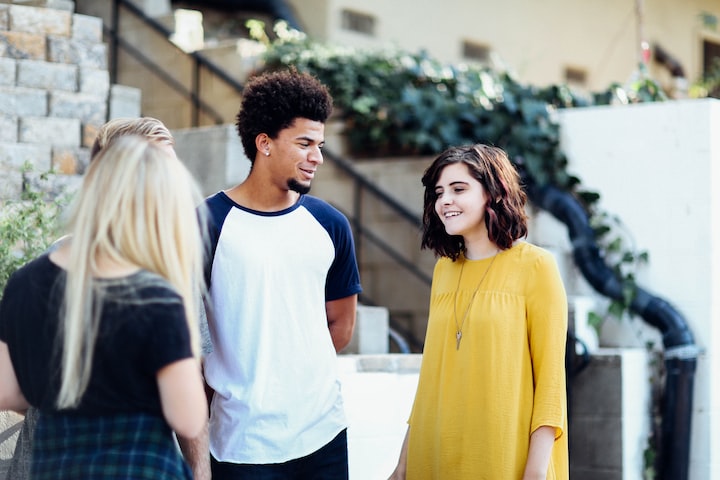 Photo by Alexis Brown on Unsplash

There is a kind of suffering that is willingly and without regret. It is like a seed, rooted in the heart, the process of breaking through the soil when germinating is bitter, but the result of blossoming is sweet, it is military training.

The sunshine in October is just right, and at the same time, there will be one or two cool autumn breezes brushing against the ears and blowing off the osmanthus flowers by the roadside. The two-day and one-night military training started in this autumn painting. When we changed our uniforms and the laurel flowers danced in the air, the appearance of a small soldier was shown to us. The military training began, first, stand for ten minutes of military posture, hands collapse straight, placed on both sides of the trouser leg, middle finger must form a straight line with the trouser seam, back is up, waist plate must be very straight, can not be crooked, the head is raised, not low, we are soldiers, which can not be like a soldier? A ray of golden sunlight through the leaves when, like a hand pressed on top of our heads, but we are a pale crisp pine, not a bean sprouts, wallflower. It's not hard to do it, it's hard to stick to it. Don't look at us now still like a small military look, in the blink of an eye began to hold on, hands are not straight, like holding a few eggs like bent; back is not straight, back like carrying a piper; the head can not lift, like a thousand heavy things on the head, can not move; eyes do not stare ahead like something is interesting in attracting our eyes. Autumn wind whistling through the laurel bushes, "rustling" seems to be a criticism of us. As expected, a few failed to do push-ups.

"Stop! Okay, take a break." Ah, we all sat down as if we had been standing for more than half a century, thinking about sitting in the classroom in class, simply too happy. Of course, it was impossible to rest all the time. "Get up," we little guys reluctantly stood up and continued our military training. "On the count!" "One, two, three ...... four ......" that intermittent, breathless shouting which like a soldier? "Push-ups" the instructor's voice roared out, a few groups of returning birds flew overhead, cinnamon with the wind and sunshine reached our noses, the instructor's reprimand made our whole class quiet. Our palms were on the ground, our heads were down, and our hips could not bulge. The instructor's requirements were so strict! I squinted around with my eyes, everyone was full of sweat, think back to the PLA uncle, our military training is just a hair, how can we compare with them? "Attention! All platoons recount!" "One, two, three, four, five..." With the bitter lesson of push-ups, the count was much more orderly and powerful. "Sit down!" We sat down again like a ball of noodles. But this time was different from the last time, although physically tired, but there was a sweet taste in the heart.

Amid hardship, we get happy, and amid the sadness, we get smiles. Military training is chocolate, bitter and sweet. When the sunset kissed the last inch of land in the west, night fell, and many stars were twinkling in the sky, I looked at the starry sky, my heart had become the brightest star in the sky!

More stories from Elia J Craig and writers in Humans and other communities.