The Thunderbolt of Love

by Erica Martin 2 years ago in love
Report Story

When it hits you, you'll know it. 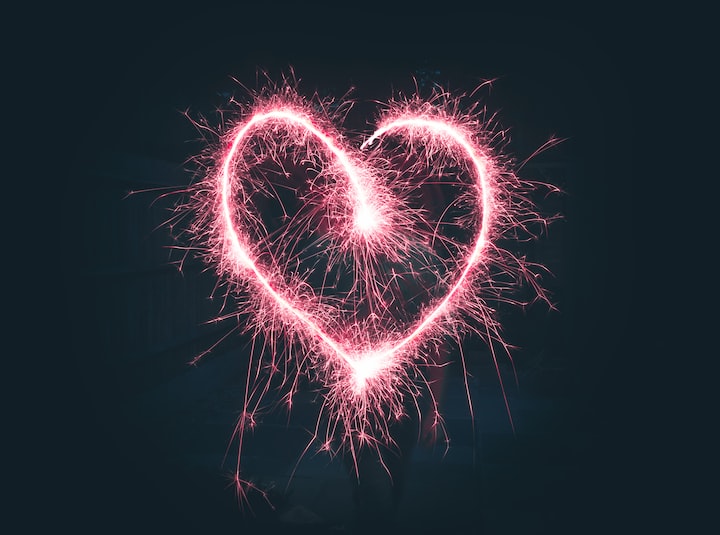 When I started high school in 1989, I thought no boy would ever like me. The two years I’d spent in middle school were horrible — most of the boys teased me or called me names. Freshman year got a little better. I was in better classes with smarter kids, so the boys were a little less immature. Still, that first year was tough. Some of my grade-level classes, like Physical Science, had a lot of slackers who made fun of me for paying attention and taking notes.

Then, In 1990 something amazing happened…

I met a boy named Charles, who preferred to go by his middle name, Jason. He was tall and had wiry blond hair and blue eyes. In the first semester, we took Algebra, Typing, and Biology together. We ended up being lab partners in Biology, which worked out well because we got to know one another well. In Algebra, he sat behind and to the left of me, so I also got to see him and talk to him a lot there.

I also got to know him well because he had signed up for French and was having problems with it. At the school he’d attended in Columbus, he took German. However, my high school didn’t offer German he signed up for French. He needed help with it, and since I was taking third-year French that year, he asked me to help him.

I learned a lot about him during our study sessions, which frequently took place at my house. As the year went on, we did more things together. We went to the movies and even went to bingo at the Moose Lodge his mother’s boyfriend belonged to a few times. He got to know my parents well and we spent a lot of time together. He even went on vacation with us a few times.

Getting to know his family

I also got to know his family well. His parents were divorced and he lived with his mother and younger brother. I liked his mother, but his younger brother was a pain in the chops. He was in middle school, so he was at that same immature age that the boys had been at when I started middle school. I remember hearing Jason interrupt our phone conversations often to yell at his brother or yell for their mother because Mark was out of control.

Then in our junior year of high school, things changed. He decided to go to the local Joint Vocational School to study business. His choice surprised me but supported him. We still saw quite a bit of one another all the way through our senior years of high school. I went and watched him be inducted into the National Vocational Technical Honors Society.

When we graduated in May 1993, we spent the day together. We spent a lot of the following summer together before I went off to college, even though we were both working part-time jobs at different hours. Before I left for college, my parents, Jason and I spent a few days down in Myrtle Beach. He even helped me move into my dorm, and I stayed in touch with him during my first year of college and saw him on breaks.

Getting Through my Mother’s Funeral

When my mother died about six weeks before I finished my freshman year of college, while I was home on Spring Break, he was on his way over to see her. I had to tell him she had died, and he gave me a big hug and stayed with me until everyone had cleared out. The coroner came and took her body away, my dad and I went to start making funeral arrangements, and Jason went home and waited to hear from me.

When we got back, I told Jason what was going on and asked him if he would be a pallbearer. He didn’t hesitate at saying yes. That summer we continued to see each other, but after I went back to school, we started communicating less. I’m not sure what happened, but the last time I even remember hearing from him was sometime during my sophomore year of college.

It’s been over 20 years since I’ve seen Jason, although I’ve thought about him often over the years. Since then I’ve had other relationships with men, and have been married for almost 17 years to someone else. I’ll always remember Jason because he was the first person I had feelings for, and who was close to my family. He accepted me as I was, didn’t tease me about my shortcomings, and helped me try to be a better person. I’ll always be grateful for his friendship and the love he showed me, even if we weren’t romantically involved.

More stories from Erica Martin and writers in Humans and other communities.