The rush chasing someone brings you

by TARUN GUPTA 3 months ago in single

but it is destructive 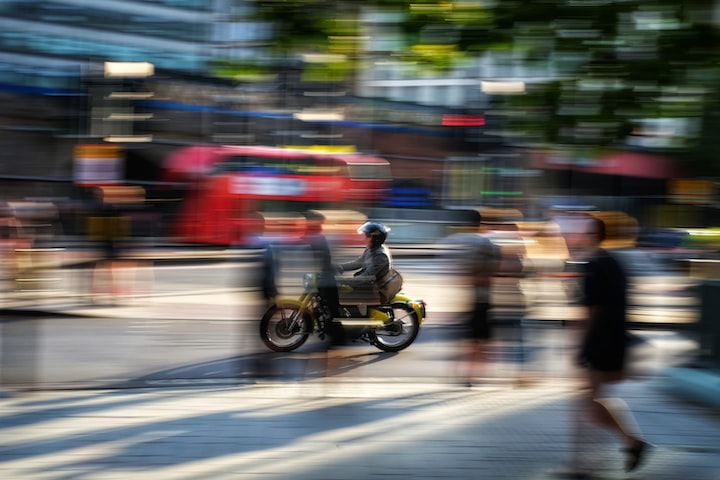 Photo by Charlie Egan on Unsplash

Let me say this in the beginning, the chase I am talking about here is romantic. The majority of the time people tend to chase someone out of pure infatuation. I am sure, a lot of people will disagree with me here, but hear me out.

I am talking about the initial timeframe when you just met someone and you want to spend more time with them, hang out with them more. You just felt an instant click with them when you met. You just want to fall in love right then and there. I am not saying that we humans should stop this, rather what I am trying to convey is that we should/must be more careful when entering such endeavors.

More often than people care to admit, these things don't bode well and someone ends up emotionally hurt. I have fallen prey to this chase a lot many times but the last time it happened, I pondered over the whole duration of my chase. I came to certain conclusions or noteworthy points that might help me the next time I feel like chasing someone or to someone out there as well who is reading this. I am going to share them with you today. To put it into a better perspective, let me share a story.

I met a girl (let's refer to her as G) recently at a party. As you can guess, I felt we clicked instantly. I found G as cute and intelligent. I felt all the things I mentioned above but as per the traditional advice, I waited 3 days before texting her. We hit it off immediately. We shared a lot of similarities. We liked similar things. We were both single. She had recently come out of a bad breakup. We began texting for hours in a stretch on consecutive days.

One day suddenly, G stopped texting. I waited a couple of days to text. I didn't want to come across as someone who doesn't have anything else to do in life. I had a lot of things to do but my mind kept wondering what happened, why didn't she text? Did I say something to put her off? Is there anything wrong with my phone? I kept checking my phone constantly. I was not able to concentrate on my work, studies, and projects. A couple of days later, I texted her and received a reply the next day of my text. We talked a bit but this ghosting continued.

The curse of social media is that you come to know that the person is coming online, interacting with others but just not you. I could see her doing that. I didn't want to confront her on that because I barely knew her but my infatuation was driving my actions. This hurt because she always said that she will text when she is free but seeing that she is free but just not for you. I don't want to make assumptions about what is going on in her life and what could be her reasons for such behavior?

I can only control my behavior and thinking. When this continued for a while, I had a deep look at the last 3 weeks since I met her and had some realizations about this destructive human behavior. I realized the following things about my behavior:

I would feel successful if even one person who reads this and manages to handle this rush better than I did.

Receive stories by TARUN GUPTA in your feed
TARUN GUPTA
Read next: a series of journal entries