The Psychology Behind Successful Attraction

by Lisa Richards 3 months ago in single

It is not just about being good looking 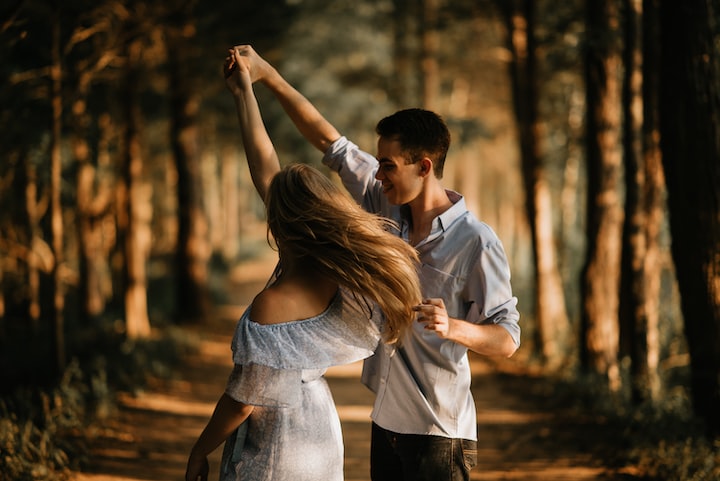 Photo by Scott Broome on Unsplash

Do you ever wonder how someone starts a relationship with somebody that is less attractive than them? Maybe you’ve caught yourself thinking how a mismatched couple got together, or maybe you’ve wondered why someone with model looks doesn’t always date a person with similar looks.

The truth is that physical appearance, while important only plays a small part in what people find attractive. Attraction is complex and while physical attraction may work in the initial stages of meeting someone, it is not enough on its own to make somebody feel completely attracted to you. If physical attraction was enough, then no beautiful person would be single.

“Once you get attracted to someone’s mind you’ll find beauty in everything they do.” — hplyrikz.com

The surprising truth is that the colour you wear can affect the degree that a person becomes attracted to you.

Many people choose to wear red because it makes them feel sexier, and this belief could also play a part in making somebody feel more confident, which in turn makes them more attractive.

Colours that people feel attracted to also differ depending on age and gender. It is thought that men also respond well to the colours green, black, and blue, while women respond well to purple, yellow, and green.

Have you experienced times where you have liked the sound of someone’s voice? Well, that is part of the attraction process.

It has been identified that men like the sound of higher-pitched voices in women. This is based on a study that was done where males listened to two voices and commented on which they found most attractive.

Unlike men, what women find attractive changes depending on where they are in the monthly menstrual cycle. Women prefer men with higher voices when ovulating.

People also prefer the more dominant sounding voice, rather than a non-assertive voice.

The way that somebody smells can make a difference between attraction and non-attraction. Natural scents and fragrances both play a part in attraction.

Deodorants and over-the-counter fragrances also impact attraction. Wearing fragrances can influence if people see you as attractive. In males, wearing nice scents can make them come across as more masculine. Certain smells also trigger different feelings. Lavender and citrus smells are said to be appealing to women, while men find vanilla and rose oil appealing.

Doctor Alan Hirsch from the Smell and Taste Treatment and Research Foundation has backed up this theory.

Scents can help with attraction because they are connected to memory. You may remember somebody by how they smell or certain smells may trigger positive memories of a person.

Attraction is also based on self-disclosure, which involves expressing your thoughts and feelings.

By discussing your true thoughts and feelings with somebody, it creates feelings of trust, which makes it easier to feel attracted to someone. Self- disclosure has been researched by Altman and Taylor who claim that by revealing your feelings over a period of time and listening to the other person sharing their feelings, a bond can be achieved.

Studies have been done in heterosexual and gay couples and found that self-disclosure was important for both.

Most of us are the same and would be wary of somebody that is secretive and does not reveal anything about themselves. Non-disclosure would leave us asking questions about if the person is trustworthy and what they are hiding.

Research has found that people are more attracted to people that are in the same area as them. This is because they meet each other more and have the chance to interact face to face, which increases the chances of attraction. Examples of being in close proximity are somebody that you work with every day or somebody who is at the same university.

An example of when proximity stops attraction is when using dating websites. You may avoid speaking to somebody on the other side of the world that you feel attracted to. This is because you feel that you would never get the chance to meet them.

Because of the proximity and seeing the person more regularly, you become more familiar with them. This is called “the exposure effect”, which is a theory that was created by Robert B. Zajonc, who is a psychologist.

We are automatically drawn to people that show us they like us. It is flattering to discover that somebody has an attraction towards us. One reason for this is that it makes us feel appreciated. Reciprocity also involves being told by a third party that somebody is attracted to you.

If people do not respond to a person that is showing them affection, then the feelings can be lost, because they assume that the person is not interested in them.

Even though reciprocity works, it has also been discovered that playing hard to get also works for some people, too. This is because some people enjoy the thrill of the chase, and pursuing someone that is more unobtainable.

Females tend to prefer reciprocity, while men are more likely to enjoy pursuing someone.

According to researchers, it was found that orange, yellow, and red food affects skin tone slightly. The skin is also positively impacted by realising a healthy glow the more we follow a healthy diet. This changes your appearance slightly and can have an impact on attractiveness.

It is also believed that eating healthier foods causes people to give off a more attractive body odour.

Lack of self-care has also been found to be a cause of loss of attraction in relationships. If somebody stops taking care of themselves in the way that they used to, this can cause the other person to feel less attracted to you.

To overcome this you should make time for yourself every week. Spend a pamper day at the hairdressers or get your nails done. Also wear nice fragrances and make an effort with your outfits.

If one person has confidence issues, this can cause their partner to lose interest. The majority of people find confidence attractive. People that are lacking in confidence are often less appealing. Some reasons for lack of confidence can come from bad past experiences or fear of losing a relationship.

To overcome this, understand that it takes time to improve confidence and face your fears, and consider what you can do to stop you feeling that way.

Attraction is a complex thing. Every person is different but research over time has found that there are a number of factors that can influence attraction. Start today on some of the techniques discussed and see if it makes a difference to your life.

Receive stories by Lisa Richards in your feed
Lisa Richards
Read next: Secret Tips and Tricks to Know Before Planning to Date Beautiful Asian Girls