by Lauren Meek about a year ago in dating 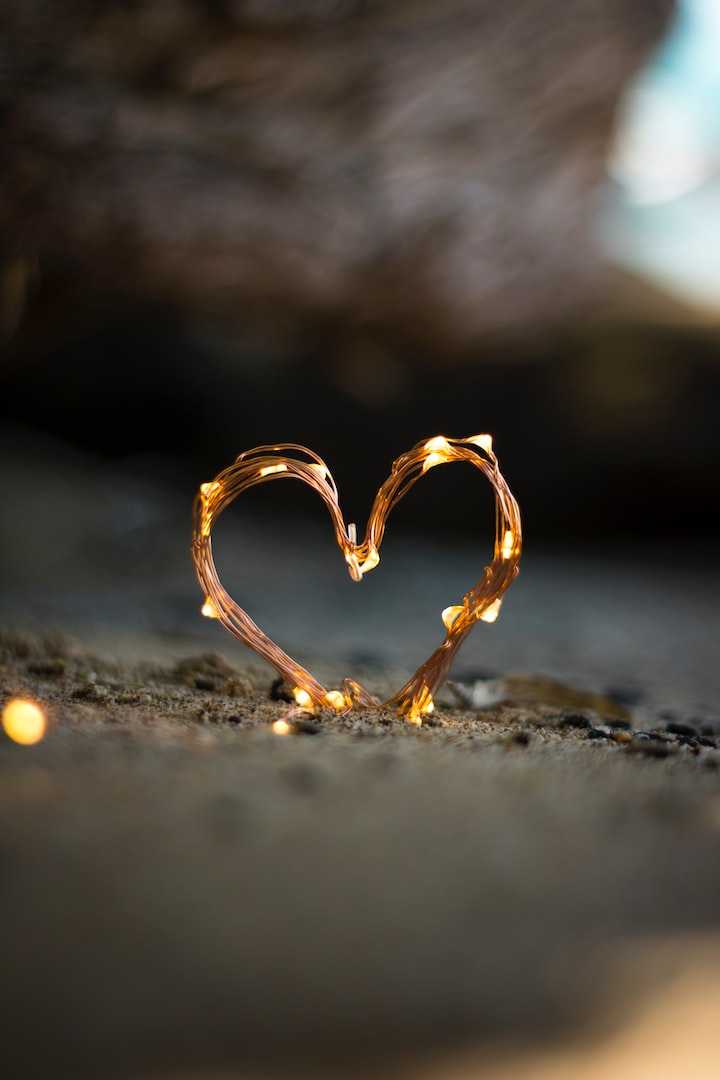 Photo by Fadi Xd on Unsplash

This is probably the most personal story I will ever write. Mainly because even some of the people I am closest to, don't know all the ins and outs of my feelings for this one person. I'm also not really one to talk about my feelings, I keep a journal and everything gets written down until I've exhausted every angle of it but to the world I tend to make jokes to cover up how I really feel about things. With guys, I like to play it cool and relaxed and pretend I don't have feelings until I pop which I know is super healthy...

For loads of reasons, one guy sticks out for me more than any other. We don't keep in touch anymore, he has a family now but I miss him every single day. There are always things I want to speak to him about or get his opinion on, even if it's just the book I'm reading or a film I've seen.

We had a really strange first introduction. I had been in his company before then but never spoken to him or gave him much thought if I'm being honest. It was drink-fuelled and then he forgot all about it for months then almost died of embarrassment when he was reminded of it. It turned out to be a great ice-breaker thought and gave me my first reason to slag him endlessly. One of my favourite past-times when it comes to the guys I date!

It wasn't smooth-sailing at all. There were complications on both sides and a lot of mistakes were made by both of us. I can confidently say that we both hurt each other a lot and were both pretty stupid.

He was by no means perfect but we had a lot in common, he understood my absolutely ridiculous sense of humour and most of the time I felt like he could read my mind. I never had to explain myself to him in the way I have had to with so many guys I've dated. He noticed all the little quirks I have (there are quite a few) that I don't think anyone has noticed before or since. I genuinely thought that he was "it" for me and justified every bad thing with "nothing worth having ever comes easy" but it wasn't meant to be and with a lot of tears and tantrums, pulling away, going back - you can picture it, we went out separate ways. I was sad in a way that I have never been sad in my life. I had imagined spending my life with him, my friends and family loving him and maybe not having a perfect life but close enough to be worth all the shit that we put each other through.

Before you think I'm sitting here sobbing over a cheesecake, I want to make it clear that I'm not sad anymore. I miss him in small ways everyday but it's not crippling or debilitating. If anything, now the memory of his face when I would deliberately not laugh at a joke he'd been waiting to tell me is what makes me smile in my bad moments.

I can quite honestly say that I hope he is happy. I want that for him. I wish he was happy with me and not without me but I'm only human! I have no regrets about decisions made or time spent with him but I do wonder if I will ever have what I had with him again. He is the bar in a lot of ways. However brief, the feelings were real, intense and will probably never fully go away.

As always, I like to end my stories on a positive note so here are the two I have for you. First of all, being with this guy made me realise that I am not an ice queen with a swinging brick for a heart which is always nice to know about yourself. The second one is that I didn't cry writing this, I smiled at the good memories. It's all about the small wins!

I started this because I love to write and journal.

I’m just a woman in my late 20s trying to navigate through life!