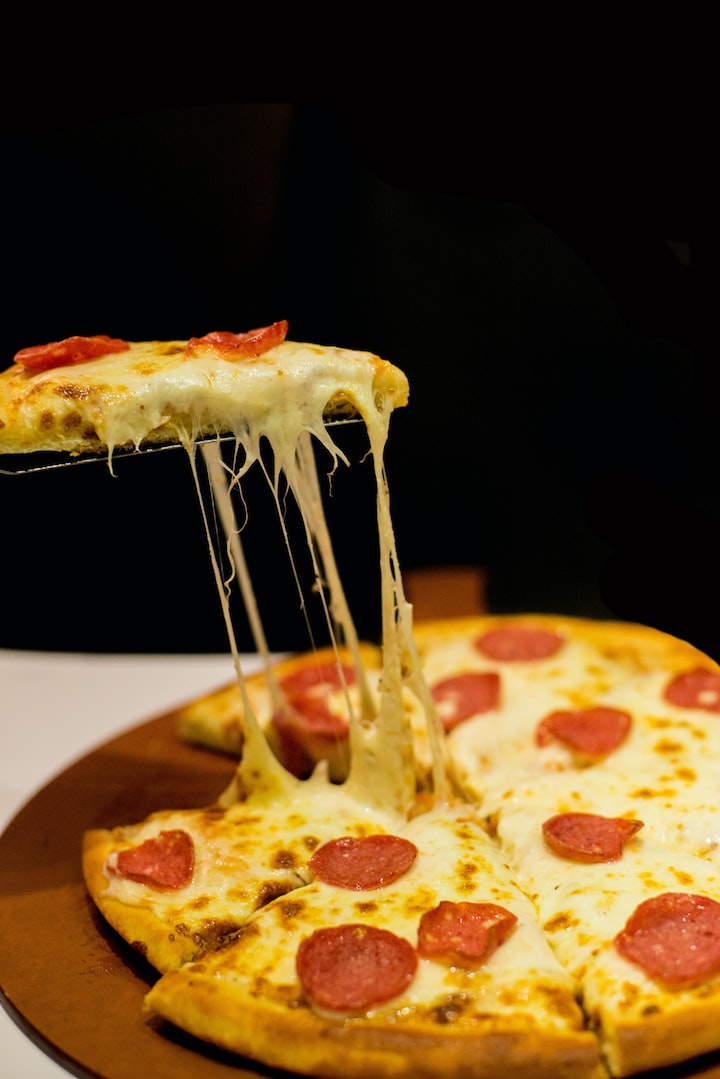 Photo by Fatima Akram on Unsplash

There were only two kinds of food you could have delivered, pizza and Chinese food. The Chinese food places that delivered were as uncertain as the food they delivered. One week the Pho Han Palace would deliver, the next week they would deny ever having delivered food in the entire history of human existence. The only guarantee you got was that your Dim Sum would be delivered by a guy on a motor scooter. And that motor scooter sounded like an atomic bomb detonating in the atmosphere as it pulled up out front. Guy didn't even have to ring the doorbell. You would be alerted by his bombastic engine and the fumes he was venting.

Your order would maybe be right or you would get the fish head soup with a single set of chopsticks and ten thousand poorly written fortune cookies. "The penny you save can also be considered the penny you have now earned. Your lucky numbers are 4, 4, 4, 4, apple." So, your best option for good delivery was pizza. Your options there were limited, though. You couldn't get pineapple or spinach. Your options were two kinds of smoked meat, extra cheese, and for some reason completely inconceivable to most of mankind, tiny little salted fish.

Your pizza was delivered by a stoned kid in a 1978 Gremlin that rivaled the motor scooter for sheer sound output. He'd drive eight thousand miles per hour to fill that 30-45 minute delivery window, just leaving mayhem in his wake. Nothing behind him but mailboxes and weeping widows. When your pizza arrived, the gross of the cheese was on the lid of the box, another victim of his wheel-spinning death parade.

When there are five boys to feed, your mom orders enough pizza to topple the economy of a large European nation. When she gives the call that the pizza has come, her five boys appear like an army of Huns on the Russian steppe. She insists that you say Grace, which you do, but at least one of you does it around a mouthful of pizza. The biggest of you can get ten slices in before tapping out, only to appear a few minutes later for one more piece, to fill that square micron of empty space. He then washes all that down with half a liter of Coke, and all your mom says about this goon's devastating appetite is that he is a growing boy. He could, in fact, eat that large European country back into the stone age. And, of course, pizza night was usually a Friday and that came with other perks, like the weekend movie rental.

So, your mom puts on Tarzan, which she knows nothing about because there is no internet, no Common Sense Media. She just thinks Tarzan, what could be so bad? And hey, it has Richard Harris, and she loved him in Camelot. Twenty minutes in, after seeing a few naked natives and Tarzan in a loincloth she gets the inkling that it could be a mistake. Then when her middle son says of Bo Derek - complete with speech impediment -"She's making me hworny," she shuts down the whole operation and you end up playing Monopoly, which the goon wins, of course, because nobody wants him flipping over the game board. Then the Huns toddle off to bed, where they listen to the oldest brother tell them how he could totally hook up with Bo Derek if he wanted to.