The Murmur Of Bees

by Annabella 4 months ago in humanity · updated 2 months ago

I am where I'm meant to be 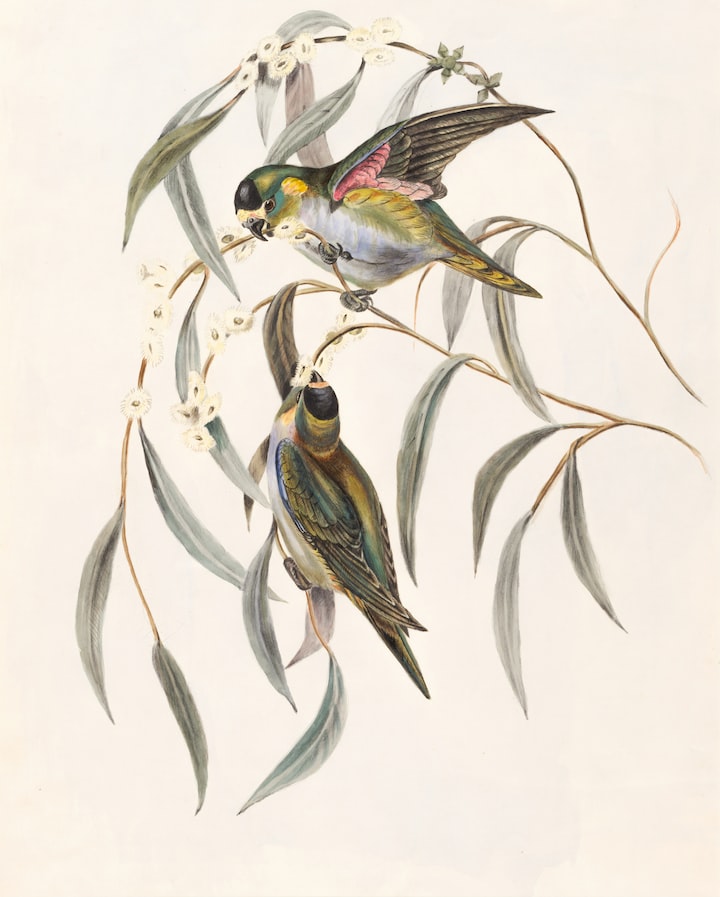 Photo by McGill Library on Unsplash

When I think about the experience that changed my life, I don't visualize the first night I got drunk, or the unsure, half-kiss that followed between me and my then boyfriend who let me know the morning after that his ex kissed better. It was my first kiss and I only remember thinking why it didn't feel like 'more' because that was what I was led to believe when I watched the couples in soapy operas with their swoon-worthy, perfect romantic lives. I imagined myself as Clementine and him, my Joel before that kiss.

I didn't really know what 'more' or 'true love' was, beyond the pages of a book or a screenshot of a movie. Yet there I was looking for it in a kiss with a boy I didn't know well. I knew he liked baseball and his favorite food was chicken wings but I did not know what he dreamt of when he was alone and we weren't close enough for me to tell him what my yearnings, fantasies and dreams were and yet I clung to the romantic version of him in my head that was conjured by the movies I had watched.

I could share my body with him but not my mind. I was too afraid of being rejected back then. I clung to whatever, non-platonic love I could find because a part of me was terrified I would spend my old age alone, the way my grandma had and a sizable part of me was insecure in my own flesh, because when I compared myself to what I saw on the television I came up feeling not quite sufficient.

I have always felt the emotions of fictional people more than I have allowed myself to feel mine, and I've cried harder over a book than I did over the death of my grandma. As an autistic person, the way I expressed emotions was not always straight forward and neither did they follow the usual timelines. I felt, then I denied, then I felt some more and stopped just short in case I have a breakdown. I would go quite when I felt overwhelmed for a few days, and it helped that my parents gave me space. Sometimes I read a book, and a fictional character would lose their grandma and then suddenly feelings would come easy to me and I would allow myself to grieve properly.

The experience that changed me and would later lead to my diagnosis as a deaf, autistic teen, happened when I was thirteen. My parents didn't believe in Psychology or getting your screaming child checked. They just assumed that since I looked normal I was. This was before our immigration to a semi-developed country (yes, I'm talking about you America). Healthcare was expensive and money was better spent on necessities like food and my mom's obsession with towels and pillows. Not on doctors. The old lady who did the homeopathic medicine could solve every issue, or so my mom insisted. She had magic hands, and she could cure a tooth abscess and any kind of warts and moles by prayers alone, and if she had a mind to, she could also make them worse. This happened rarely, my mom assured, when somebody wasn't paying her fees. Thankfully, my parents could afford her.

So, off to the lady with magic hands was where my parents took me when my fever wouldn't break after three days of trying to pray it away, instead of the Emergency room like normal people. It's not that my parents didn't care. My mother was awake the whole night putting cold compresses and shoving Tylenol down my throat as she prayed for my fever to break. My father was worried all day- but they believed in the magic lady more because: ''you never know what those doctors put inside you, they make you more sick so they can get your money''.

These were my grandma's exact words. She was a 'believer' and because of her I am not one.

So off I went, swaddled in a blanket, smelling of old sweat and vomit because in all the hurry and chaos my mother had forgotten to given me a change of clothes. We drove, for what felt like days but were only six hours to Massachusetts where the old lady lived.

These were the first words she muttered to my parents when she looked at my sickly pallor and glazed eyes. Then the chanting and the praying and shoving some sweet smelling, foul tasting medicine in my mouth, started. I vomited three times, after which they stopped trying and waited for me to settle before trying to give me the medicine again.

There was stuff coming out of my ears, which I would later find out was pus. I was slowly losing my hearing, even as my ear drums were healing. The havoc the middle ear infection and Tonsillitis had done was, unfortunately, irreversible. Once the cilia in the ear canal is destroyed there is no way to grow them back. Finally, moved by my state, my dad stood up to my mother for the first time and took me to the Emergency room, despite the protest of my grandmother.

I remember the crying of my parents, the white-washed walls, the strong smell of antiseptic, the cold of the room and the kind face of the nurse who shoved a canola on my pale hand. I was in a hazy sort of state of state — neither awake, nor asleep, but even then I felt the pain pounding in my skull. I don't remember much of what happened after until I came awake, three days later and the doctor told us that I was very lucky I had survived. However, I was left with severe, bilateral hearing loss because both my ear drums were punctured and my ears were severely infected. The pain I had felt for days dribbled away as the morphine took over.

When you are in pain the way I was in those days, a selfish part of you wishes it on somebody else. It asks 'why me?' Why not the popular, perfect girl in my class who has more friends on Instagram than I've ever met in my whole life? It asks when will it all become okay, the way it happens, eventually, in the movies or when will time turn back to the before where everything was perfect.

I missed the 'me' that never knew loss but that 'me' didn't know a thing about holding on to what mattered. She had learned no lessens and couldn't survive in the world I had suddenly found myself in. No matter how much it hurt to let go, she had to leave.

Superman always saved the day in the end. Harry Potter defeated Lord Voldemort and Katniss Everdeen overcame all the challenges to topple the government that was keeping her people oppressed. When will I overcome all this pain that life had thrown me and finally have my happily ever after? I asked this of myself everyday. What I would always forget were the sacrifices. Even seemingly perfect characters had lost a lot before they had gained, and they had grown with the pain more than without, just like me. This is what I loved about fictional characters. The best ones are flawed, just like real people and you can't love a fictional character if you don't see yourself in them.

In the days that followed, I couldn't hear a thing no matter how much I raised the television's loudness and I reduced my mother to tears in those first couple of months of becoming deaf because she couldn't get through me. Our relationship had always been rocky but it became more so at my ability to ignore her by just not looking at her mouth. She tried writing things down, I tore the papers without looking at them because I knew all she wanted me to know is that I had failed her by becoming deaf, or so I thought.

No longer was I her bright, pretty daughter that everybody loved so much. I blamed her, and I hated her because it was her decision to take me to the old lady instead of the ER. I was an angry, rebellious teenager and half of my teen was spent grieving what I had lost. Music was everything to me, and like most things in life, only when it slips from your fingers is when you feel the gap more. I hated my silent world and my suddenly inability to be fit in.

I did not know where I belonged anymore and there was nobody there to guide me until I found books again and they rescued me the way they had before. In them, I found the strength and guidance I was looking for and I pretended I was a character in a book and soon, I found myself healing, growing and forgiving.

I forgave myself first, then my mother for her flawed judgement and lastly, I accepted the reality for what it was and promised to adapt to the circumstances. I had to let go of my anger and the feeling of betrayal that I felt towards fate. When you're young, you believe in a perfect world, and when that image shatters as you grow older, it hurts.

Losing my hearing is what led me to the Deaf School for Girls in Abbottabad where I started the journey which helped me not only come to grips with my loss but enabled me to regain my lost confidence. I learned to live with joy surrounded by people who understood what it was to belong in a silent world.

They taught me to look and see beyond what could be heard through my ears. I learned to speak with my hands. I learned sign language and though it was a slow, frustrating process in the start and I found it hard to remember all the signs and speaking with my eyes and my expressions was difficult but I grew to love the language. I become one with the language and instead of just feeling them wash over me, I felt them.

Every single gesture and sign was, eventually, so me I stopped wanting it any other way. Now after years of learning, healing and accepting I realized I was where I was meant to be. I no longer live in the past, neither do I wish I could turn it back. Instead, I live everyday as a hero does in the books, with hope, humility and the knowledge that I can take anything that life throws at me.

“It is unwise to be too sure of one's own wisdom. It is healthy to be reminded that the strongest might weaken and the wisest might err.”

Read next: A Simple Strategy You Can Use to Tell If Someone is Lying to You