DK
by Dusan Kubias 4 months ago in dating 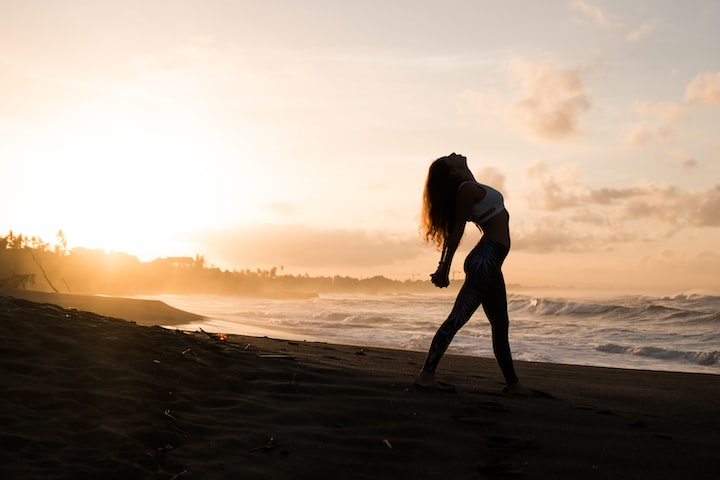 Photo by Avrielle Suleiman on Unsplash

“I’ve got a hot new girlfriend,” said Larry’s voice on the phone. “We’re planning a little cookout at my beach house. Remember my beach house? You haven’t come out in ages. Anyway, to stay on point: we were planning a cozy little cookout, but her friend decided to invite herself along, and, well, you know the routine. I need a fourth to balance the teeter-totter, so to speak.”

“What are we, eighteen?” I laughed. “We haven’t done this since high school. Aren’t we a little old for double dates?”

That was it. I was in. Blind double-date time. Without any coaxing, Cat Stevens’ immortal lines popped into my head,

Another fella told me

He had a sister who looked just fine

Instead of being my deliverance

She had a strange resemblance

To a cat named Frankenstein

In high school I’d had quite a few Cat Stevens nights, as I used to call them. Then again, once in a while a Holly Golightly would rise from the pack. Which would it be this time, Frank or Holly?

Saturday night. Clean shirt, newest jeans. Decisions, decisions. Use aftershave, or is that overkill? Definitely overkill. Baseball cap, fedora, or neither? Cap. Beer or wine? Let’s be classy, bring wine. At the wine store, more decisions. Cabernet or Merlot? Screw it, grab them both. Keep it moving. Fight the tourists for a spot on the highway, and then do the last three miles on a little side road the tourists haven’t found.

Finally, the beach house. The bumpy old driveway, and then that gorgeous view of the lake. Two women sitting on the porch as I rounded the edge of the house. Neither one appeared to be made of spare parts. Hallelujah! Strike my worst fear off the list.

Woman on the left, voluptuous, dark-haired, did I mention voluptuous? Would have had a starring role in many a dream, just not mine. Eyes were vacant. Woman on the right, body type - average. But those eyes. Only locked eyes for a second, but in that second the earth stood still.

Back door opens and Larry comes out, throws his arm around Magic Eyes’ waist. Goddamn, that dream was crushed quickly! The thought that rose to my mind is lingering, so I close my eyes and mentally slap myself in the face. It still won’t go away, so I mentally fill a big bucket with ice water and dump it over my head. I open my eyes and wonder if anyone saw my moment of self-mortification. Hope I didn’t grimace.

“Nicolette! That’s truly an awe-inspiring name,” I serve up to my intended date.

“Thank you.” The return volley lands at my feet with a thud.

I turn to Magic Eyes. I don’t trust myself to say anything coherent, but I can’t just spend the night ignoring her. “A girl named Laddie! That’s unusual!”

Now I know the spell I’m under. It wasn’t eyes that I looked into, it was the Mirror of Galadriel. “I guess I don’t need to ask if your parents were Tolkien fans,” I chuckle.

The angel smiles, “For sure! There remains little doubt about that!”

“Oh wow! Laddie, you never told me you were named after someone famous!”

We banter for a while, about books and movies and music, all those things that let people grow closer without growing too obnoxiously close. Our host, in the fine traditions of our species, expertly chars the flesh of some hapless beast. As deputy assistant host, I fetch wine and balloon glasses.

Dead Eyes opts for Cabernet. Galadriel loves Merlot, as do I. Larry will take the Cabernet also.

Nice. Symmetrical. Two for Cabernet, two for Merlot, but the wrong two.

The sun is gone; our light comes from a pillar of burning propane funnelled through some kind of apparatus that creates the illusion of a bonfire without the necessity of chopping wood. I wonder aloud if Yahweh used an apparatus like this to terrify Moses. Larry and Laddie chuckle, while Dead Eyes needs an explanation.

Then it's her turn to wonder aloud about something. I nod and smile enthusiastically, but my mind is elsewhere. I’ve found if I turn my glass of Merlot to just the right angle, I can catch reflected glimpses of Galadriel's eyes.

Both the wine bottles I brought have long been empty, and we are into Larry’s emergency reserves. Inhibitions have been well loosened. “Skinny-dipping time!” shouts Larry.

“Skinny-dipping? Not a chance!” The ladies do protest, but I know from their voices that these protests are for show, and that they are intrigued by the proposal. It isn’t long before we find ourselves stumbling along the path to the beach. Our last secrets are guarded only by large towels.

I’m grateful that the water is icy cold, and helps prevent my lust from embarrassing me visibly.

Suddenly, we are pelted by particles. “It’s raining,” squeeks Nicolette.

“How can you tell, when you’re wet all over?” I chuckle.

“No, seriously. It’s raining. We should go back.”

“It’s a hot summer night in July. You’re in a huge lake full of water. A few more drops will not change the equation.”

Logic does not seem to carry any weight here. Dead Eyes starts to move to the shore.

In my opinion the lighting is five miles away and not yet a threat, but I came here to party, not to argue. Reluctantly, I join the exodus. As we reach the shore, the rain comes down hard. My date has already scooped up her towel and is fleeing up the path. Larry is not far behind.

I linger for a bit. I love summer storms. I love the little snare-drum patter of the huge drops of rain on my skin, I love the grand kettle drums of the thunder and the beautiful flashes of lighting. People pay big money to see artificial displays of what nature is willing to show us for free.

Galadriel, too, has lingered. She is close, and then she is closer. Our lips meet. There is an infinite softness there. I feel we have no jaws, no teeth, just lips. Just as her eyes contain a whole universe, it feels her lips do too. I have no arms, no legs, no torso, only my lips and hers. For a few seconds, I know Nirvana.

She breaks away. “We shouldn’t do this. Larry…. Nicolette….”

We say nothing for a few seconds, and yet everything is said.

Our lips touch again. She breaks away, more definitively this time. “We should go back. They’ll worry.”

I agree. We pick up our now-sodden towels and walk back to the beach house. Not all stories have a happy ending.