by PN about a year ago in dating
Report Story

A story for the universe 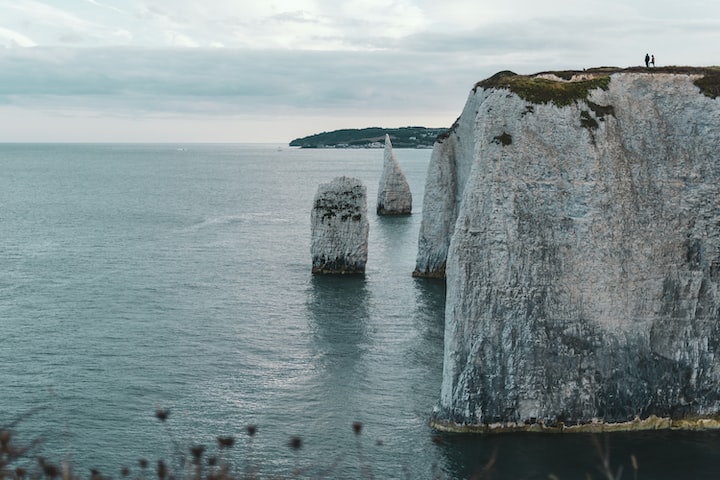 Photo by Howard Chin on Unsplash

Dear reader, you may be thinking from the title that this tale is a happy romance. A first date that went so well that no more first dates were needed. Two people, meant to be together, finding one another at last. Unfortunately, this is not that story.

The end of days started just one week ago. An incoming asteroid, this time not just a near-miss. Humanity was about to emulate the dinosaurs. In all honesty, the earth was probably heaving a quiet sigh of relief. An asteroid impact would certainly be inconvenient, but the effects would level off in a few thousand years. It would be preferable to the parasites that currently infested her.

NASA put the time of impact at 6:21 pm on Sunday—seven days from when it was first identified. Humankind went through the usual stages of grief, although we added a couple more—after the denial and anger, came looting and rioting, followed by the eruption of a hedonistic movement. A sort of warped version of creation in reverse, although humanity was still set to rest, permanently, on Sunday.

It’s a strange thing, knowing you have a week left to live. Contemplating the brevity of life gives a fresh perspective on how precious every moment is, but it doesn’t help you decide how to actually spend them. That economic theory known as opportunity cost cast a demonic shadow over every decision we made—each minute spent in debauchery was 60 seconds less to spend with those closest to you.

This dilemma was somewhat easier for me than for most. I had been, at least in the view of Lady Bracknell, rather careless with my parents, having lost them both before the age of 20, and had precious few other relatives. In the past, I was rarely alone during big occasions unless I wanted to be—well-meaning friends readily extended invites to various celebrations of religious festivals. But this time, the invites were not forthcoming. Inviting a peripheral friend to a Christmas celebration was viewed as a charitable act, but bringing that same stranger to gatecrash the last few hours you’d ever spend as a family was unforgivable. After an initial flurry of texts and calls, contact from my nearest and dearest dwindled as people turned inward to focus on their more immediate tribe.

And so, with the prospect of facing the end of days alone, I turned like all lonely souls to the internet. Wanted: partner for the end of the world. With only a few days left, I couldn’t afford to be too picky, but I also didn’t want to spend my last hours in meaningless copulation.

I was, of course, one among millions. The profiles ranged from the uninspired (anyone free for Netflix and chill on Sunday?) to the ridiculous (Mama T-Rex needs a mate to roar at the stars), with the attached images leaving no doubt that the latter was most definitely a literal, not a metaphorical, request.

I spent a precious day skimming through profiles before finding my match:

Juliet, 27. American transplant with a fondness for good writing, good wine, and good food, in that order.

She was a journalist, like me, she wanted a proper date, like me, and our ages were close enough to be acceptable, although the concept of societal norms had all but disappeared by this point. She sounded perfect.

We planned the date meticulously, within the limitations of what we could scavenge at the ransacked stores. I kept a well-stocked wine collection at all times, having signed up to one of those wine-subscription services, so beverages were not a problem. She chose a merlot, and I a claret. She brought the picnic hamper with the requisite chequered blanket. I supplied the silverware, and cut crystal glasses, a gift from a relative I would never see again. Food was mostly a tinned affair, although she made some fresh egg sandwiches, promising to explain their significance when we met in person.

Location was a struggle. How do you decide where to view the end of the world? We settled on a cliff-top near Swanage, an old sea-side town just two hours south of London that we had both visited in our childhood and could still get to by car. It was picturesque, and the infinite nature of the sea seemed like a fitting final view. The fish survived the last apocalypse after all.

The night before the date I began to gather my belongings, and unconsciously packed an overnight bag, before realizing there would be no more overnights. Grief bubbled up inside and poured itself out of me. Even as an Englishman there are limits to the emotions you can repress.

On Sunday I arrived early, standing awkwardly in the empty car park. She turned up five minutes late wearing skinny blue jeans and a navy blouse. She smiled at me, shy but with a hint of coquettishness, and I felt the weight on my heart lighten, if just for a moment.

We made our way silently to the clifftop and set up the picnic. I poured her a full glass of merlot, its deep red color containing a universe of symbolism. She simultaneously poured my claret, looking deep into my eyes, a cliched gesture that ordinarily I would have mocked, but now I simply returned her gaze. Eyes really are the gateway to the soul. We toasted, silent apart from the clink of the crystal.

She brought out the sandwiches she had made. “I sat on Swanage cliffs eating lovely egg sandwiches,” she said. “It’s a mnemonic we learned when I came here on a field trip. The first letters help you to remember how to spell isosceles, like the triangle. I-S-O-S-C-E-L-E-S. It always stuck in my mind, and I thought it would be apt to finally live it out. Nostalgia for times gone by.”

I smiled. It was a little odd, but everything about this was odd, including me.

After that, the conversation was somewhat stilted. First dates are normally a chance to find out about the other person’s life, their plans for the future, to try and see if you would be compatible for the time ahead. All utterly pointless now. And so we talked about movies we’d seen, places we’d visited, and studiously avoided discussing the impending asteroid.

We had planned our first kiss to be fifteen minutes before impact. Such structured affection may be unromantic, but we were on a tight schedule, and we wanted to leave a bit of time in case things developed from there. The kiss itself was heavenly, augmented by the knowledge that this would be the last person we would ever share such a moment with. The minutes afterward were pretty wonderful as well.

Dear reader, the end is approaching, and with it our narrative. We wanted to share these moments with you, a last vestige of hope and continuity. It was Juliet’s idea, to record our first date and the last date of humanity. A fitting final act as journalists.

Juliet has sent her version of our story to the denizens of the ocean, a message in a bottle that will rest on the seabed in the hope that one day something, or someone, will evolve to read it. A cephalopod with a penchant for tragic romance, perhaps.

As for me, I’m sending my story to the citizens of the stars. Dear reader, wherever you are, feel joy for those of us that lived, rather than sadness that we have passed. We had many flaws, but we had our moments of magnificence as well. To paraphrase one human, we were all worms, but occasionally we were glowworms.

We’re now approaching the final, fatal countdown. Juliet is snuggled in close to me, looking up to the sky. And so, it’s time for me to press...

More stories from PN and writers in Humans and other communities.